How child vaccination rates for COVID-19 compare across every state

The best 'Lost' episodes of all time

The most popular hotel chains in America

A timeline of COVID-19, from outbreak to 1 million dead Americans 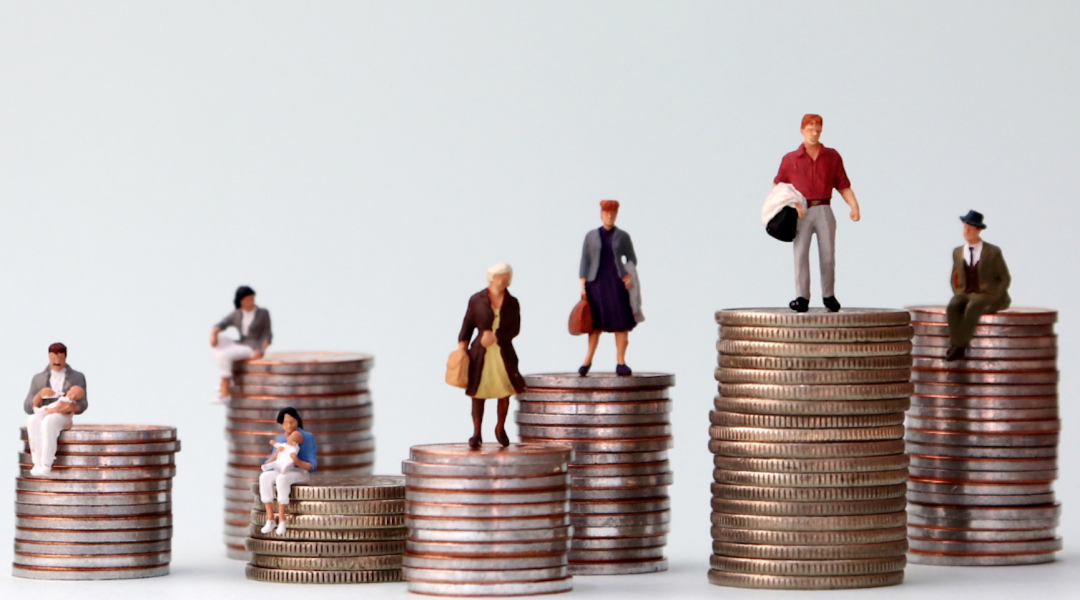 Plain and simple, poverty is the condition of not having enough money. To solve this crisis once and for all, think tanks and Twitter talking heads have bounced around the idea of a “universal basic income,” or UBI, that essentially ensures a payout to the population—similar to a paycheck for services rendered—regardless of income, criminal history, race, gender, or any other factor (including employment), except for maybe age and citizenship status. Because a UBI is basic by design, the regular income stream wouldn’t be enough for an extravagant life, but it would give any adult enough to put food on the table, afford a roof over their head, and deal with general expenses. Finally, the UBI is not a loan that needs to be paid back or a salary that needs to be worked for.

UBI detractors balk at the price of such a program, imagining the hefty increase of taxes that would allow for a UBI in the first place or worrying about improper use of the money. But to its fans, the UBI represents a lifeline for the thousands—if not millions—of people living in poverty in a given nation. In the U.S., it could mean ending poverty for an estimated 39.7 million Americans (a whopping 12.3% of the population, according to 2017 estimates by the U.S. Census Bureau). For many, it’s tough to understand that in the country with the most billionaires in the world, around one-sixth of Americans suffer from hunger. A UBI would solve this problem not with a revolution, but with a redistribution.

Supporters of the UBI model further infer that given enough money to survive, the average American might make different choices. Instead of toiling away at an unfulfilling job, workers who know they have a safety net to fall back on may try out new careers, get more education, or start their own ventures. Employers of minimum-wage labor would have to compete harder for workers, leading to better benefits and higher wages across the board. If automation—or a recession—leads to high unemployment, workers won’t have to worry about how they’ll put food on the table.

Andrew Yang and the $2.8 trillion promise

There are 23 major candidates vying for the Democratic Party’s nomination for the 2020 presidential race. In that lineup are former senators and governors, business owners and mayors, congress members and one self-help guru. It’s tough to stand out from the crowd; for Andrew Yang, that distinction has come in the form of the “Freedom Dividend,” a welfare program which would give $1,000 a month to every American over age 18, no strings attached.

The Asian-American entrepreneur, who styles himself after the titans of Silicon Valley and has incidentally amassed more than 130,000 unique donors to his campaign, clearly has an eye for branding: The Freedom Dividend is just a clever name for UBI.

Needless to say, a program like this would be expensive. To give $1,000 a month to the 234 million people older than 18 in the United States would cost $2.8 trillion dollars a year—more than half of all federal spending last year. This money would either have to come from taxes, such as the Value-Added Tax (VAT) Yang proposes, or from deficit spending, after which the federal government goes further into debt.

However, this isn’t a socialist proposal and Yang isn’t a socialist. Without any other changes, the economy would progress more or less normally. In fact, some small-government Libertarians are a fan of replacing existing programs with simple cash benefits, since the sprawling government bureaucracy is trimmed and no one is told what to do with their benefit by the paternalistic state, as is the case with food stamps or subsidized healthcare. The money could also be redirected from current welfare programs that were estimated to cost the U.S. government $1.047 trillion in 2018.

Yang claims these changes could grow the economy by as much as 13%, a percentage that may be a little pie-in-the-sky, according to other estimates. Of course, it’s impossible to say: A truly universal and basic, real-world UBI has never been tried.

Many opponents of UBI have a simple argument: if the goal is to meaningfully reduce poverty, why give money to those who aren’t poor? Critics to the political right claim all welfare is wasteful because it encourages people to stop working or stay unemployed. Left-leaning critics, meanwhile, argue that expanding proven programs such as the Earned Income Tax Credit rather than funding UBI could better help augment the fight against poverty.

UBI fans make the counterpoint that once passed, UBI would be politically stable. In Britain, for example, a great amount of national pride comes from everyone’s participation in the NHS, the country’s universal health care system. There’s less room for resentment of your neighbor if you’re receiving the same benefit—even if that means mailing a $1,000 check to Jeff Bezos every month.

In addition, talk of cutting welfare has been linked to racial resentment; a universal benefit would be resistant to those kinds of attacks, given a cut for some people is a cut for everyone. Finally, proponents argue that in an age of partisan division, the UBI, which has had fans from across the political spectrum, from Dr. Martin Luther King Jr. to Milton Friedman, can unite warring factions in a way no other program can; “not left, not right, forward.”

The empirical jury is still out

It’s easy to present the philosophical and moral case for UBI and its objections. It’s harder to present any macroeconomic data, mostly because not much exists. In order to truly understand the effects UBI would have on the economy, taking into account inflation rates, consumer choices, the tax structure needed to pay for it, the long-term health and lifespan effects, job creation or destruction, political approval, and the innumerable factors we haven’t even thought of, we’d have to, well, implement a UBI.

We do have some studies to point to. So far, researchers studying UBI have guessed such a program wouldn’t raise the unemployment rate or shrink the labor supply by much (if at all), which, if true, disproves fears of a populace dependent on the state for survival. As for the fears that automation will steal all of our jobs? Innovation is actually below, not above, historical averages. A UBI would support workers displaced by robots, were robots actually to displace jobs.

Research—and debate—is ongoing. Proponents of UBI point to the success of Alaska’s “Permanent Fund” and Finland’s two-year trial run of UBI in 2016 with 2,000 residents; detractors point to Ontario’s failed UBI pilot program that was abruptly shuttered in 2018.

A large-scale experiment with UBI is apparent in the efforts of GiveDirectly, a nonprofit organization operating in East Africa, which has been granting unconditional cash transfers throughout the region that ranks among the poorest in the world. In western Kenya, the charity is testing the effects of a basic income in a 12-year program, the most comprehensive UBI experiment to date. Although a UBI would look different in the United States, it’s cheaper to administer in poor regions given that a “basic” income is much lower, and it’s incredibly helpful to the beneficiaries of the program. What comes of that trial run will provide new insights into how the program might be iterated elsewhere.

So far, GiveDirectly has reported that far from binging on ill-advised consumption, recipients have spent money nourishing their children, investing in themselves by buying a motorcycle to get to the market instead of renting a bike, buying livestock, starting businesses, and so on. The benefits of cash-transfer programs, it appears to proponents of GiveDirectly and the larger UBI model, is that cash is the only one-size-fits-all way to give someone exactly what they need; whether that's an extra pair of shoes, healthier food, medicine, housing, livestock, or transportation.

Andrew Yang reached the donor threshold of 130,000 unique donors for the September 2019 Democratic debates. That means he—and discussion of UBI—will stick around for at least another few months, as long as he polls high enough to stay in the running. But to be frank, the specific debate over UBI isn’t very important. The true debate lies in whether or not voters are ready to make the choice to eradicate poverty in America.

Welfare measures in this country have lifted millions from poverty, despite popular opinion to the contrary. However, wages for the middle class are stagnating and inequality has skyrocketed, leaving many to wonder why the American Dream has left them behind. It's certainly possible to design redistributive programs that end poverty in America. Should voters decide that it's time, politicians will be able to decide on how to structure the benefit: how much aid should be given to families with children, how much of the health-care and education sector to run, how cash benefits should scale with income, and if historically oppressed racial minorities should be compensated extra.

Ultimately, beyond the various discussions about UBI and books on the topic, the true debate lies in whether the majority will make a choice to eradicate poverty and ensure all citizens have their basic needs met. The rest is just technicalities.

You may also like:  The price of college has increased 125% in 30 years—inside the staggering rise