25 of the most prolific film producers of the 20th century 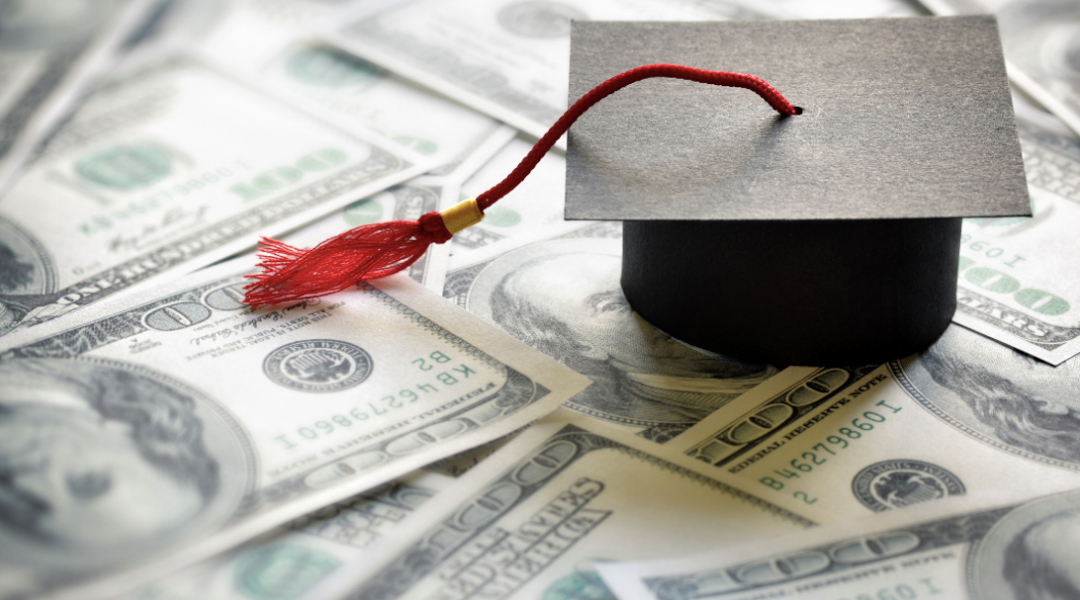 The price of college has more than doubled in 30 years: inside the staggering rise

There's no shortage of graphs, charts, and numbers that underscore the severity of this crisis, and no consensus on what exactly to do about it even though most other developed countries have education costs under control.

The education system has been stagnant for decades

Not much has changed in education policy itself in the last few decades as college costs skyrocketed. Pell Grants, which are federal grants given out to low-income students, were implemented in 1972 and have changed little since. (It's important to note that grants, unlike loans, do not have to be paid back.) Thus, the current crisis isn't the cause of any one policy nor does it have a simplistic solution. Many Americans agree we should do something, though; according to an Ipsos poll, combating the student debt crisis is a top-tier priority for millennial voters, or those aged 18-38.

If there isn't an easy scapegoat for the exorbitant cost of the current system, what are the reasons prices have risen so much? For one, our education system isn't one entity. Instead, the American education system comprises 50 separate operations run by different states with very different priorities. In general, states have been spending less on their public two- and four-year colleges, leaving more and more of the cost burden on the shoulders of students. Instead of seeking federal funding, universities increasingly court international students who are ineligible for scholarships and therefore pay the full ticket price of tuition.

Most American students do not pay the sticker price of tuition. Eighty-three percent of students at four-year public schools and 89% at 4-year private, not-for-profit schools received some kind of financial aid, according to NCES data from 2017. Aid comes from the federal government or from the school itself to offset costs. Those grants generally aren't enough to cover the complete costs, however, meaning a significant amount is left over. Many students take out loans to cover the remaining costs which may be necessary to cover any combination of tuition, books, room and board, and transportation.

When securing a loan for a car or a mortgage for a house, one is generally required to show evidence that the money will be paid back; things like good credit, solid income, or down payment. A lot of college students don't have any such proof available, yet banks regularly lend out tens of thousands of dollars to an individual student for college.

These loans are pursued regardless of whether a student has a plan for paying the money back because, most simply, a college degree is valuable in the United States. Someone with a college degree goes on to earn $1 million more on average over his or her lifetime than someone whose highest completed education level is high school. That's because high school graduation rates have only increased over the last few decades, saturating the labor market with non-college degree workers. As the U.S. transitions into a service economy rather than a manufacturing one, jobs that don't require a college degree are getting more scarce while competition for them grows fierce.

With so many competing colleges and universities outspending each other in their quests to provide the best education and student life experiences (despite varying rates of investment by state and local governments), the cost of college is ballooning. Meanwhile, the possibility of prosperity for those who choose not to attend college and take out massive debt shrinks by the day. Therefore, some politicians are calling for radical policy changes that would bring the U.S. system closer to that of other countries.

The presidential field is crowded with varying solutions to skyrocketing costs

Democratic Socialist and presidential candidate Sen. Bernie Sanders unveiled a plan to cancel all $1.6 trillion dollars of student debt, known as a "debt jubilee," and make two- and four-year public colleges, universities, and trade school completely free. This plan would solve the problem of paying for college for millions of Americans, but it's not without its critics. Some say Sanders' proposed idea for funding the measure, a 0.5% tax on stock transactions and 0.1% tax on bonds, could hurt retirement accounts. Others point out that many students who go to graduate school become highly paid doctors and lawyers who can easily pay back their debt, and cancellation of their debt would act as a giveaway to the well-off, the opposite of Sanders's socialist message.

Presidential candidate Pete Buttigieg, who is against making college free, said he doesn't understand why high school graduates, a "minority who earns less", should subsidize those who went to college and go on to make more money. Though Sanders tries to avoid this regressive effect with the targeted tax on Wall Street, the increased stock market fees could have wider effects on the economy.

Sen. Elizabeth Warren, also a 2020 candidate, has a more modest plan which still includes making college free, but caps relief at $50,000 and tries to exclude the aforementioned high-earning grads by phasing out the relief for those whose incomes exceed $100,000 and eliminating relief completely for those who make more than $250,000. This would be paid, along with many of Warren's public spending proposals, by Warren's wealth tax, which would tax a person's total net worth including property value, stocks and bonds, and valuables rather than solely income. She proposed a 2% tax on wealth in excess of $50 million and a 3% tax on wealth above $1 billion.

While this more targeted approach avoids some criticism of Sanders's plan, others critique non-universal plans as being more politically unstable. More centrist candidates like Buttigieg have proposed expanding Pell grants, allowing borrowers to refinance loans, and expanding public service instead of free college, appealing to those who think free college nationwide isn't worth the massive investment. Conservatives argue that public grant money has caused the cost of college to balloon in the first place, and only by removing all aid will costs fall too.

In many developed countries around the world, governments spend more on education and consumers spend less. Sometimes students are given a head start on their debts, which is frozen for a few years until they get a steady income and only then do they owe payments. Sometimes all public college is free, just like high school. There's no guarantee that replicating these systems will work for American students, but it's likely that if no significant actions are taken, student debt will continue to rise, with the threat of a mass default looming on the horizon.

You may also like: 15 new ideas on how to 'fix' higher education