Manufacturing industries that employ the most women 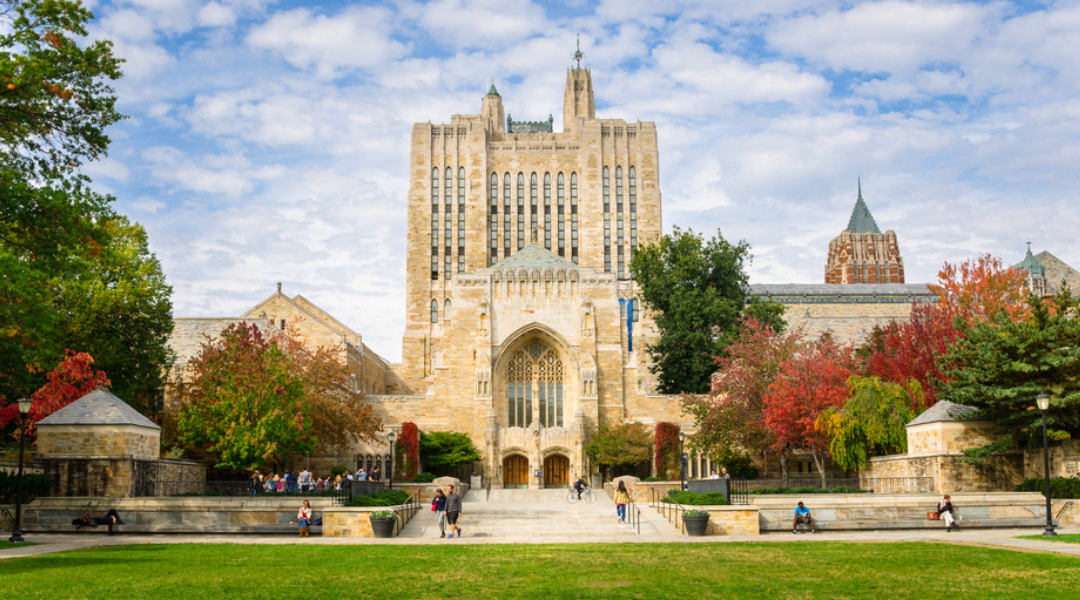 How to run your retirement portfolio like Yale's endowment

The Ivy League is an athletic conference for eight Northeastern schools. The term dates back to 1933, but nowadays if you tell someone about an Ivy League school, their first thoughts won’t be of sports—they will be of elite academics, exorbitant tuition prices, and extremely selective admissions. One thing that should be added to that list: massive endowments. Altogether, the eight Ivy League schools control more than $125 billion in wealth. That number grows every year.

Universities across America use endowment wealth to subsidize tuition with need-based aid, expand campuses through land acquisition for dorms or educational buildings, fund research, pay professors, and so on. Since the amount of money available to spend on such things can directly correlate with the quality of the institution, universities with sizable endowments choose their money managers carefully.

Yale University, with nearly $30 billion in the bank, has employed David F. Swensen as its chief investment officer since 1985 when the school had just a few billions in the bank. Since that time, Swensen has grown its wealth enormously and set an example that several other schools and institutions around the world follow. His advice is simple enough that it can help organize your retirement fund and focuses on allocating assets across a varied field of equities, securities, and trusts.

The strategy strikes a balance between risk and reward, as each of the main asset classes (cash and equivalents, equities, and fixed income) come with their own variables. Swensen recommends the following allocation of assets for a portfolio under his Yale Model:

The powers of diversification

This distribution clearly demonstrates one of Swensen’s guiding principles: diversity. Instead of investing solely in U.S.-based stocks and bonds, Swensen distributes Yale’s money worldwide in foreign and emerging markets. In addition, Swensen generally avoids liquid investments, as the privilege of liquidity comes at a high price and provides low returns. This could leave your portfolio vulnerable in an economic downturn, though; Yale lost $7 billion following the 2008 financial crisis, but it’s climbed out of the hole since then. You don’t have to watch your portfolio’s numbers every day, but every year or so it’s good to rebalance to make sure your distribution hasn’t become lopsided.

Another key piece of Swensen’s advice: Avoid fees wherever you can. For individual investors, low-fee index funds—though with a smaller rate of return—let you keep more of the money instead of siphoning off a great amount to a financial advisor, paying fees to the mutual fund, and getting eaten up by inflation. That’s why Swensen’s allocation of 15% to TIPS makes sense; being protected from inflation is an underrated asset to any portfolio.

Finally, the best two-punch piece of advice any financial advisor can give you: Be flexible and stay alert. Swensen recommends constantly evaluating your risk preference as you age. When you’re young, it’s possible to weather a stock market crash with your portfolio intact. When you’re nearing retirement, it’s wise to move more volatile assets to safe categories with lower rates of return. A devastating hit to the economy right before retirement can mean more working years and less overall wealth (if your money is tied up in stocks) or just a mild bit of turbulence (if you’ve moved money to safer alternatives like U.S. Treasury bonds).

This advice won’t make you rich, but it will help you secure a safe retirement and amass enough wealth to have an impact on the next generation. It’s never too early to consider the benefits of long-term investing, since the returns will compound over time. The most important thing is to stay on your toes, diversify your money widely in case a shock hits one sector of the market, rebalance every so often, and don’t buy or sell on pure emotion. If you play your cards right, you may even be able to afford to send your kids to Yale.

You may also like: Best big cities for retirees in America