Best sci-fi film the year you were born

America's 50 favorite actors of all time

Best Emmy-nominated shows of all time

Most watched SNL skits from the last year

Most popular music videos in 2019

Looking back at the life of Paul Newman

Looking back at the life of Paul Newman

Some knew him for his radiant blue eyes and rugged good looks, others for his charity work and all-natural salad dressings. He was Paul Newman, a man whose career in show business spanned genres and generations. On stage, on television and on the big screen, the late actor played a range of roles: a cop, a cowboy, a crook, a pool shark, a chain gang inmate and everything in between. In his real life, he was a champion auto racer, a political activist, an Oscar winner and one-half of Hollywood's most legendary power couples. He battled James Dean for early career roles and stole the spotlight from giants like Robert Redford.

10 years after his death, Paul Newman remains a true Hollywood original: a man who managed to remain an outsider even after more than half a century in the spotlight. After a decade to reflect after his death, it's time to revisit the life and career of Paul Newman, one of the most iconic leading men in Hollywood history. 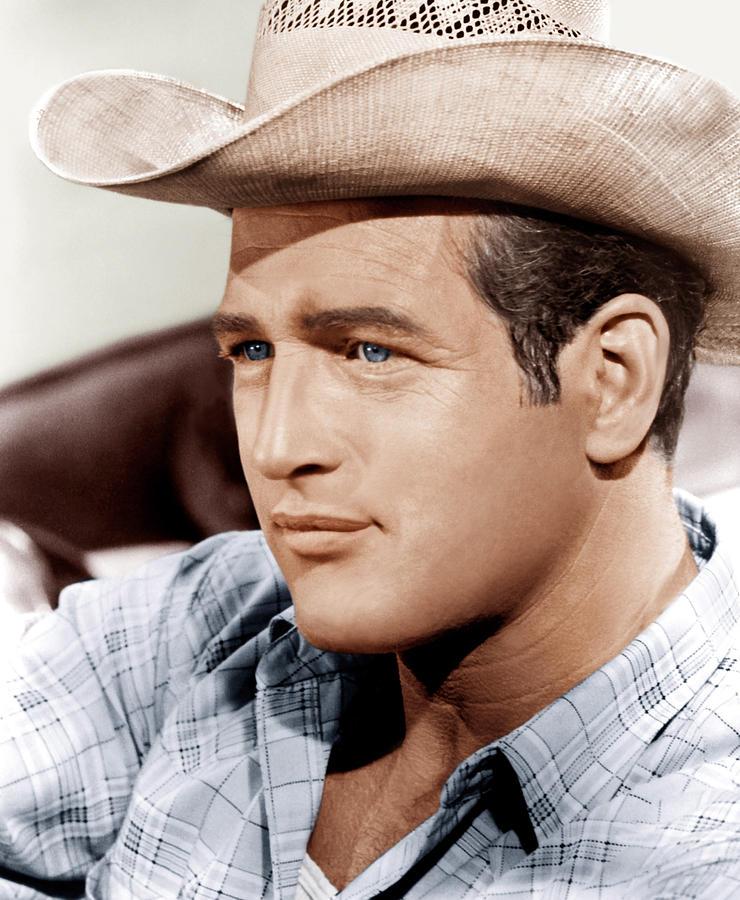 Paul Leonard Newman was born in Cleveland on January 8, 1925 and grew up in nearby Shaker Heights. Although his mother was a Catholic of Hungarian descent (she later converted to become a Christian Scientist), Newman would always identify with the religion of his German-Jewish father. 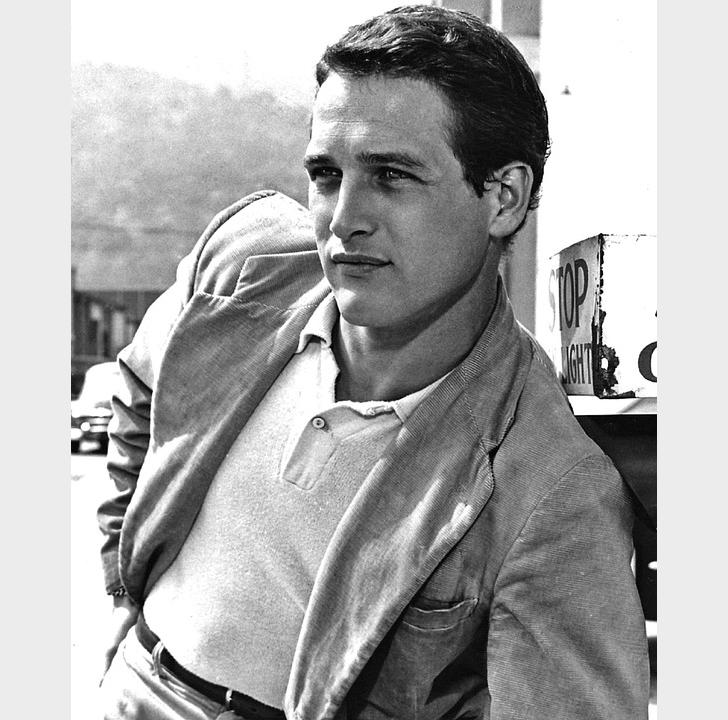 An early start in show business

The man who would go onto become one of Hollywood's greatest talents got his first taste of the stage at the tender age of seven: a young Paul Newman was cast as the court jester in his school production of Robin Hood. 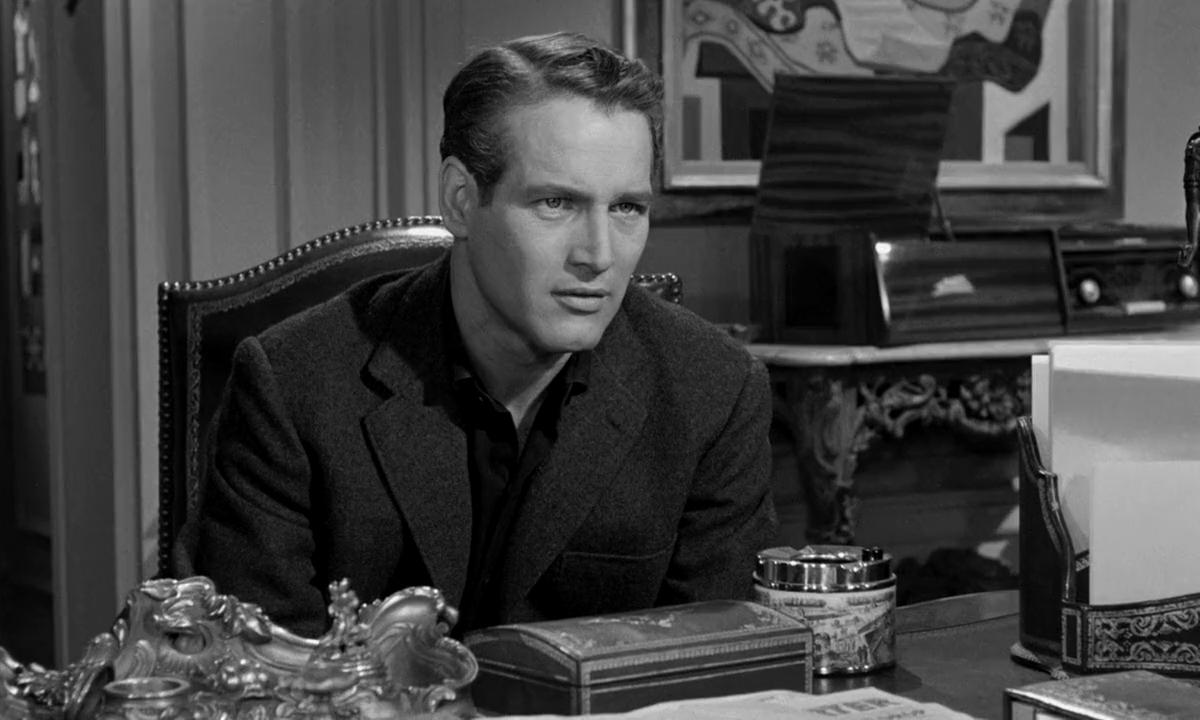 As a teenager and young man, Newman was known to indulge in alcohol and get in trouble. He reportedly spent a few nights behind bars, and was expelled from Ohio University not long after enrolling. 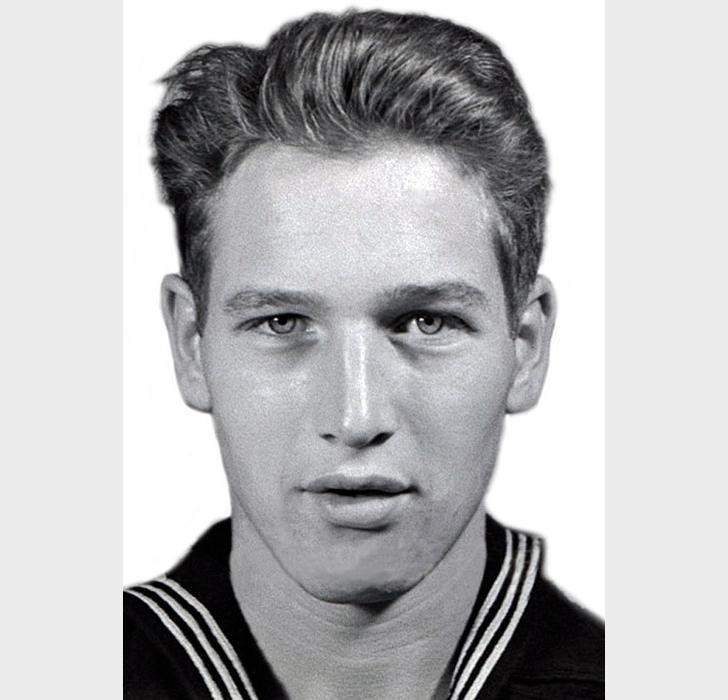 From combat to college

Paul Newman served as a U.S. Navy torpedo bomber radio operator from 1943 to1946. He graduated from Kenyon College in 1949, the same year he married his first wife, Jackie Witte. He returned to his hometown to manage his family's store when his father died in 1950. The makings of a legend

In pursuit of his Hollywood dreams, Newman and wife moved to New Haven, Connecticut, where he studied at Yale Drama School. It was there that his talent was recognized by professional agents. He soon moved to New York City and enrolled in the famous Actors Studio. 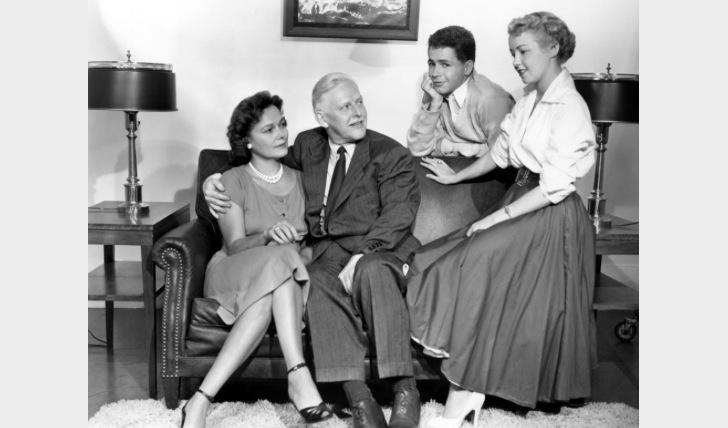 In 1952, Paul Newman received his first official acting credit. He played a recurring character on "The Aldrich Family," a television series that ran from 1949 to 1953. 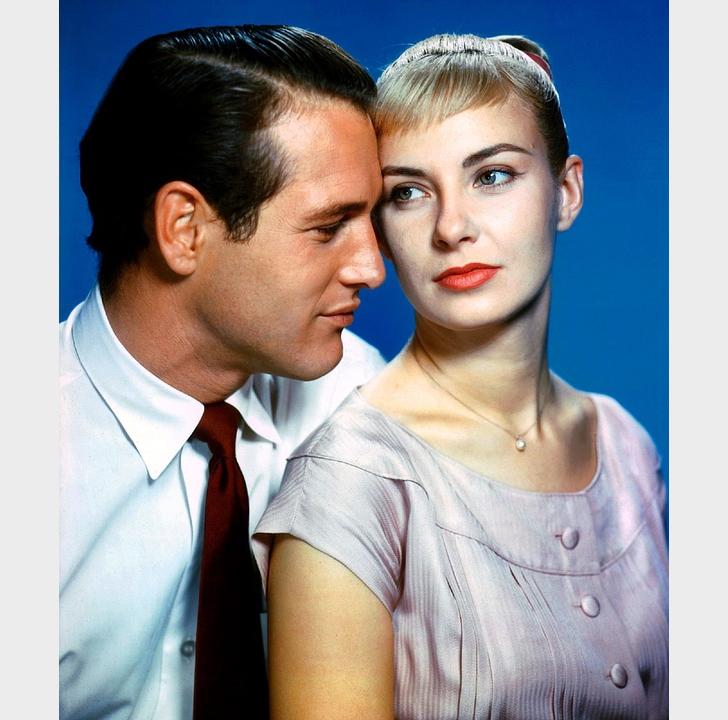 Although Newman landed several follow-up television roles in the early 50s, his spectacular Broadway debut signaled a turning point in both his career and his personal life. He appeared first as an understudy in "Picnic," a play by William Inge, which earned him significant recognition. During that production he met fellow understudy Joanne Woodward. The pair would later marry and become one of Hollywood's most iconic husband-and-wife duos. 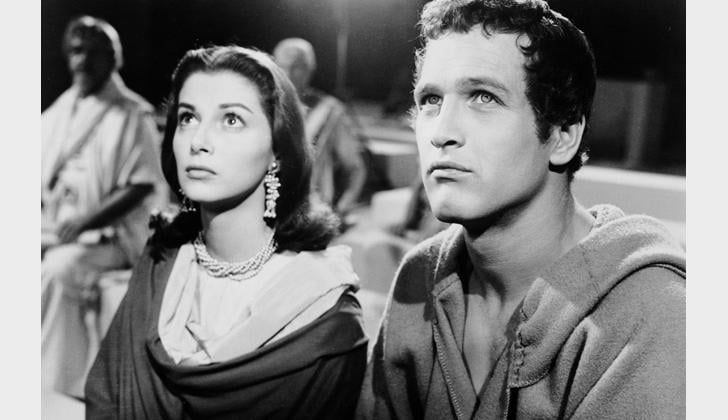 Stumbling out of the gate

By 1954, Hollywood was aware of Newman's budding talent, good looks and trademark piercing blue eyes. His film debut, however, was an unmitigated disaster. 1954's "The Silver Chalice" is widely considered one of the worst films of the decade. Both the film and Newman were panned relentlessly. 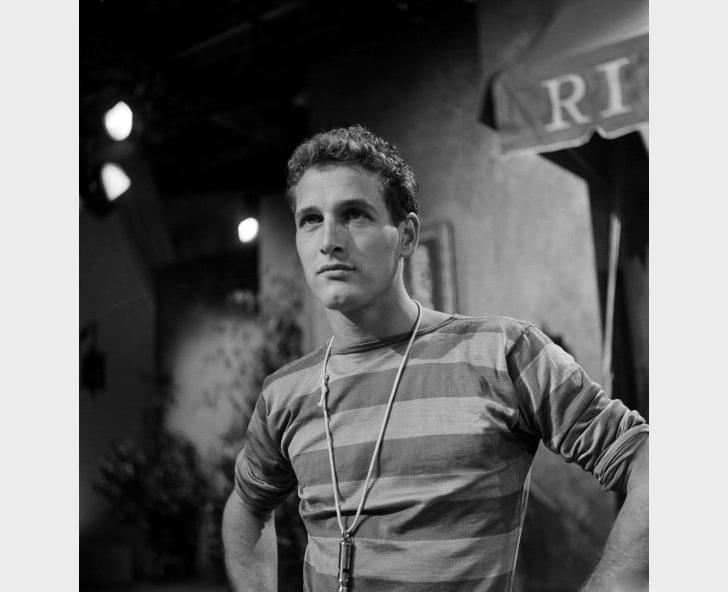 Down but not out, Paul Newman received praise for his television work, most notably for 1955's "Our Town" on Producers’ Showcase and "Bang the Drum Slowly" on The United States Steel Hour in 1956. In 1955, he had another successful Broadway run with his role as a gangster in "The Desperate Hours." 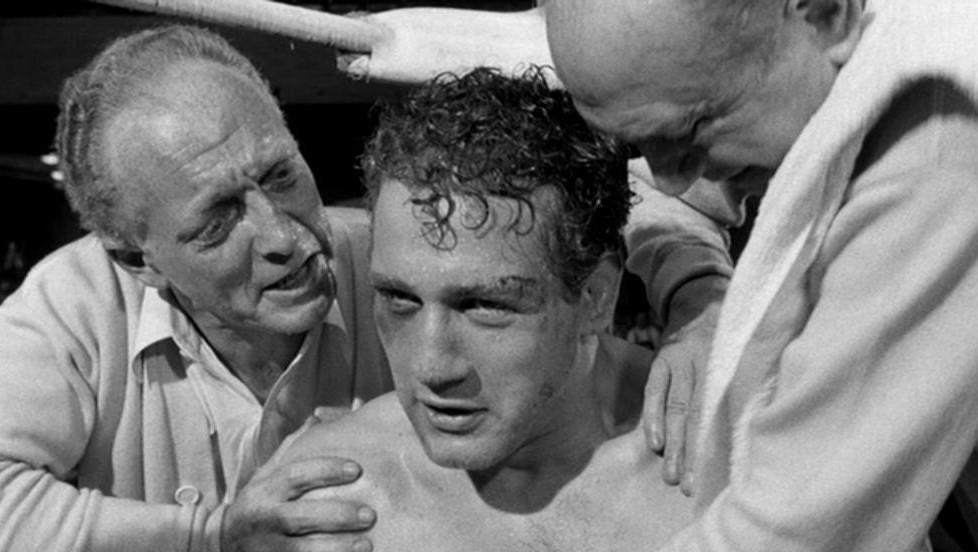 Newman suffered a setback when James Dean beat him out for a role in "East of Eden," but in 1956—the year after Dean died—secured a role that had been created for Dean in "Somebody Up There Likes Me." Newman's portrayal of boxer Rocky Graziano earned him critical praise and a chance to break out. 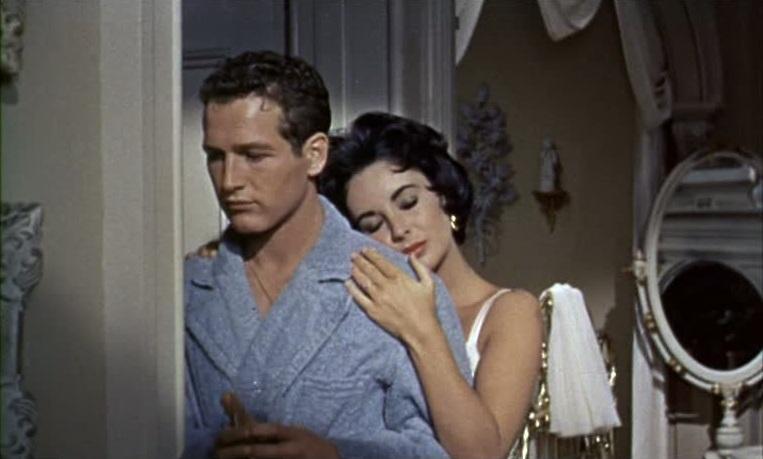 Newman followed "Somebody Up There Likes Me" with a string of hits, including "The Rack," "The Long, Hot Summer," "The Left-Handed Gun" and "Cat on a Hot Tin Roof." The latter earned him his first of many Oscar nominations, this time for Best Actor in 1959. In 1961, Newman was cast as Fast Eddie in "The Hustler." This career-defining role, which he played alongside Jackie Gleason, would cement the public's perception of Newman as an actor for decades to come. He wouldn't win an Oscar, however, for more than a quarter-century, finally taking home an Academy Award for his role in the movie's sequel, 1987's "The Color of Money" with Tom Cruise. 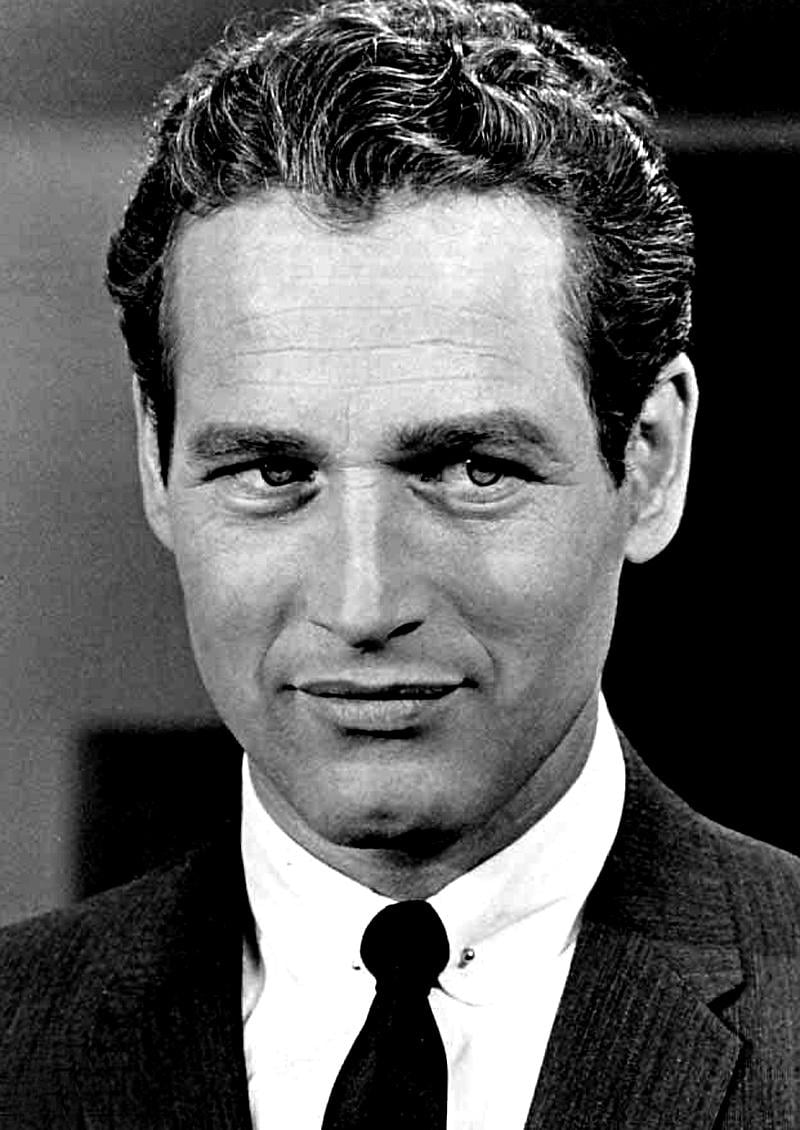 Newman reshaped his trademark non-traditional anti-hero character from "The Hustler" throughout the 1960s, with similar leading roles in "Hud," "Harper," Alfred Hitchcock's "Torn Curtain," "Hombre" and most famously, "Cool Hand Luke." The latter, in which Newman played a rabble-rouser chain gang convict, was arguably his career's most memorable character. He earned an Oscar nomination for his role. 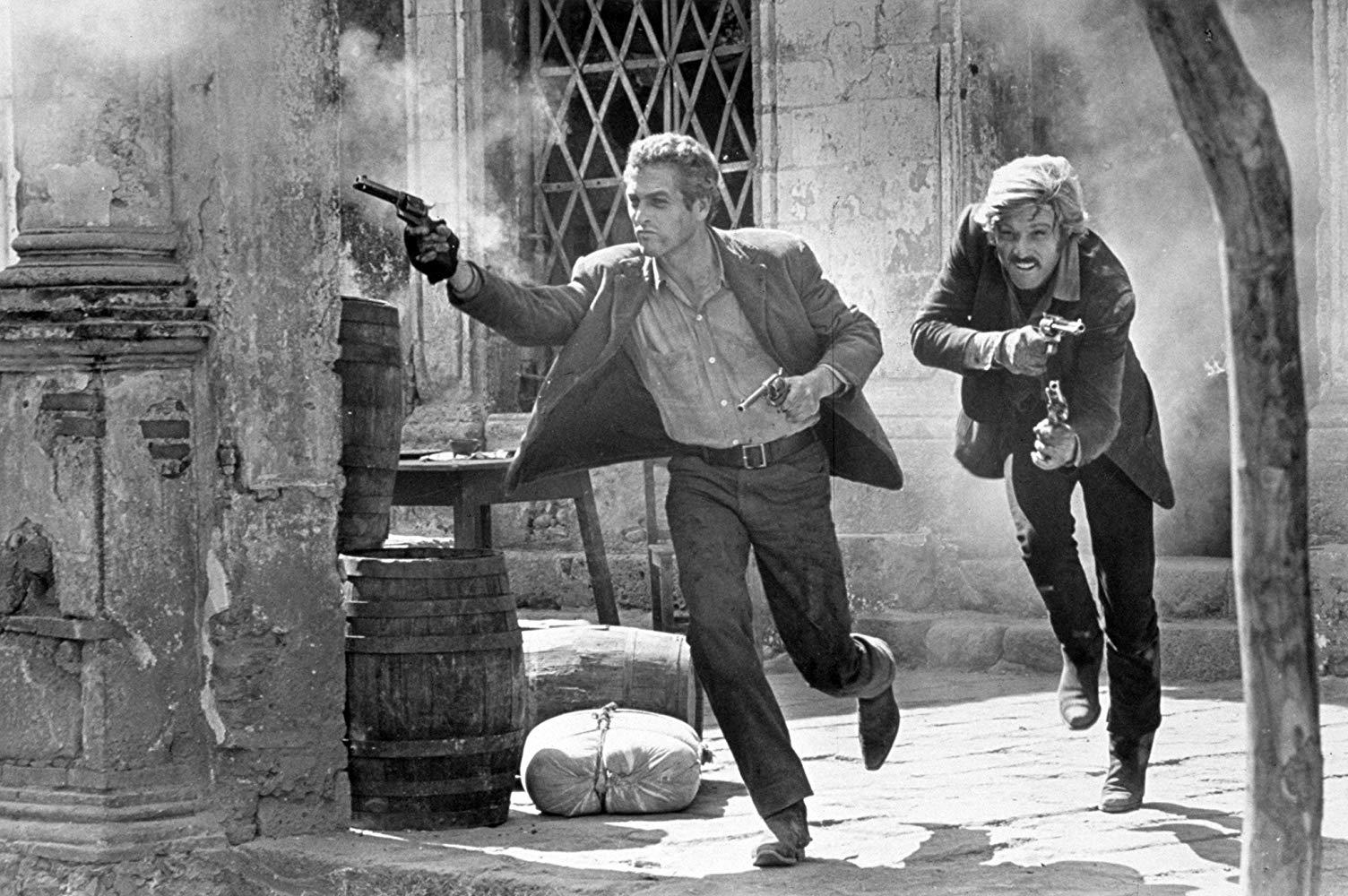 Paul Newman closed out his stellar decade with 1969's four-time Academy Award-winning blockbuster "Butch Cassidy and the Sundance Kid," a role he played alongside fellow star and Hollywood heartthrob Robert Redford. By the time the 1960s came to a close, Newman had starred in 18 movies over 10 years. By that time, he was choosing his own roles and earning more than half a million dollars per film. 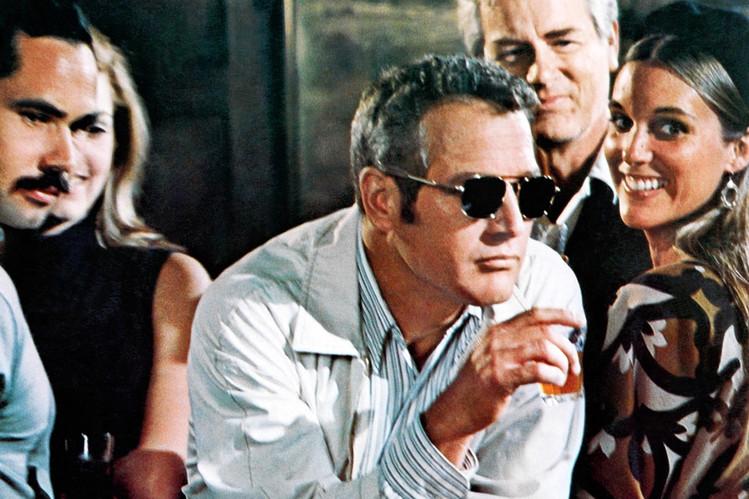 In the 1970s, Paul Newman aligned himself with liberal causes and poured his politics into his work. He narrated a documentary about the Civil Rights movement, starred alongside his wife Joanne Woodward in the overtly political "WUSA," supported Eugene McCarthy, campaigned against the Vietnam War and earned a place among the top 20 names on President Richard Nixon's famous "enemies list." 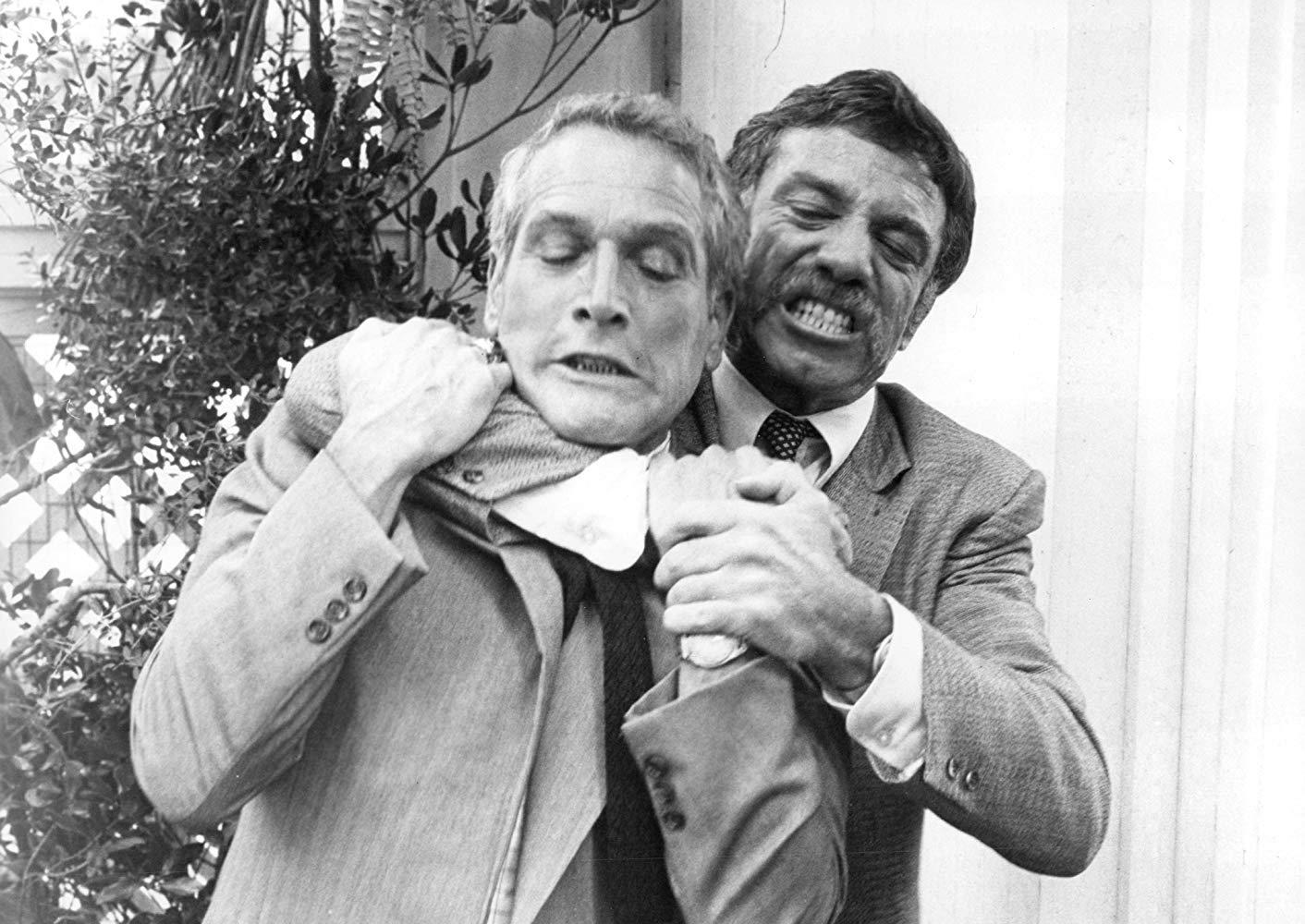 A move to production 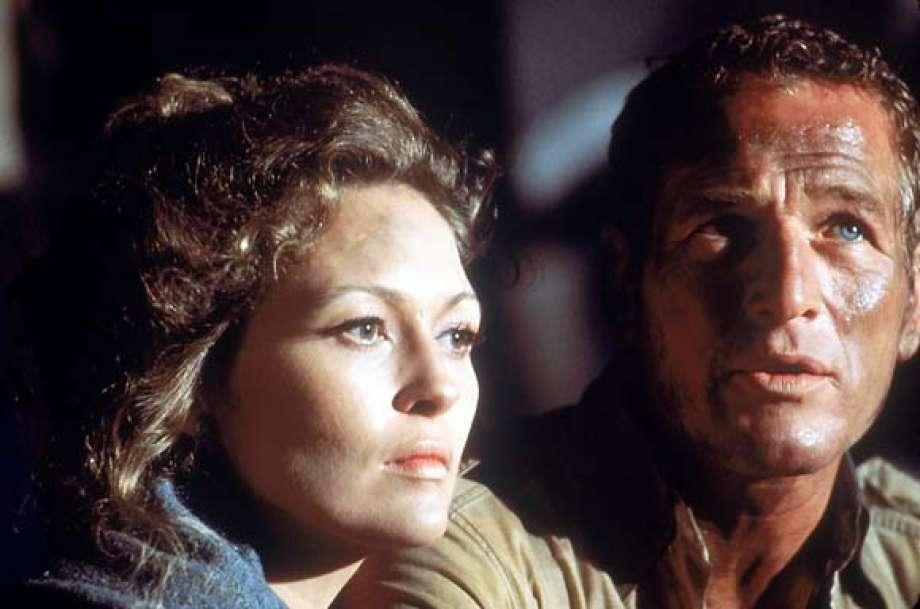 By the early 1970s, Paul Newman was a middle-aged sex symbol. He proved that he could be durable beyond his youth with two wildly successful films: "The Sting" in 1973 and "The Towering Inferno" the following year. 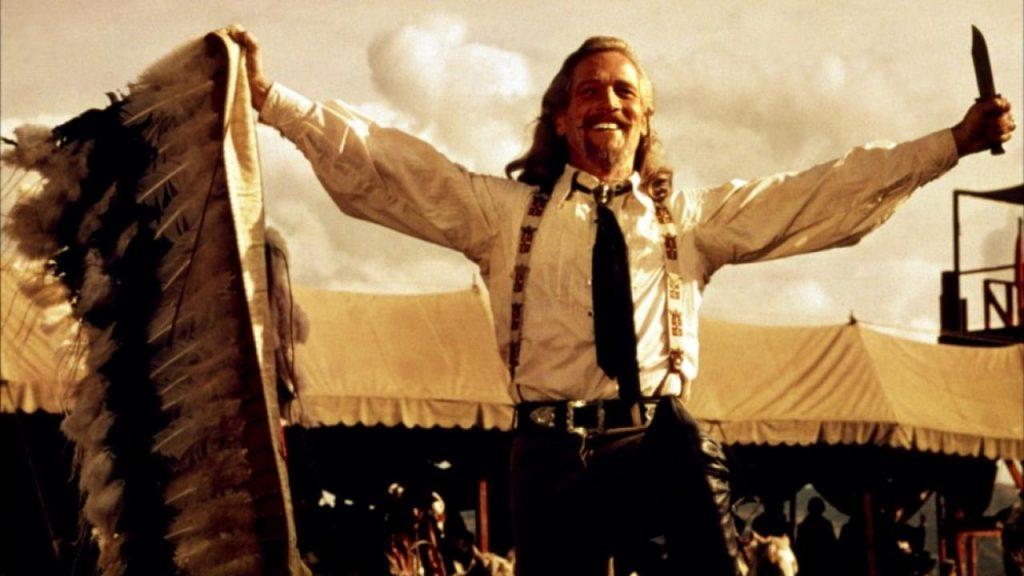 In the late 70s, Newman embraced change and pursued roles that were outside his comfort zone, with mixed results. Among them were the Western spoof "Buffalo Bill and the Indians" in 1976 and "Slap Shot" the following year.

Another decade in the books

While "Slap Shot" was largely shunned by fans at the time, it is now frequently listed among the best sports movies in history. The next two years were harder. In 1978, Newman's first son, Scott, died of a drug overdose. The following year, he closed the decade with one of the worst flops of his career: "Quintet." 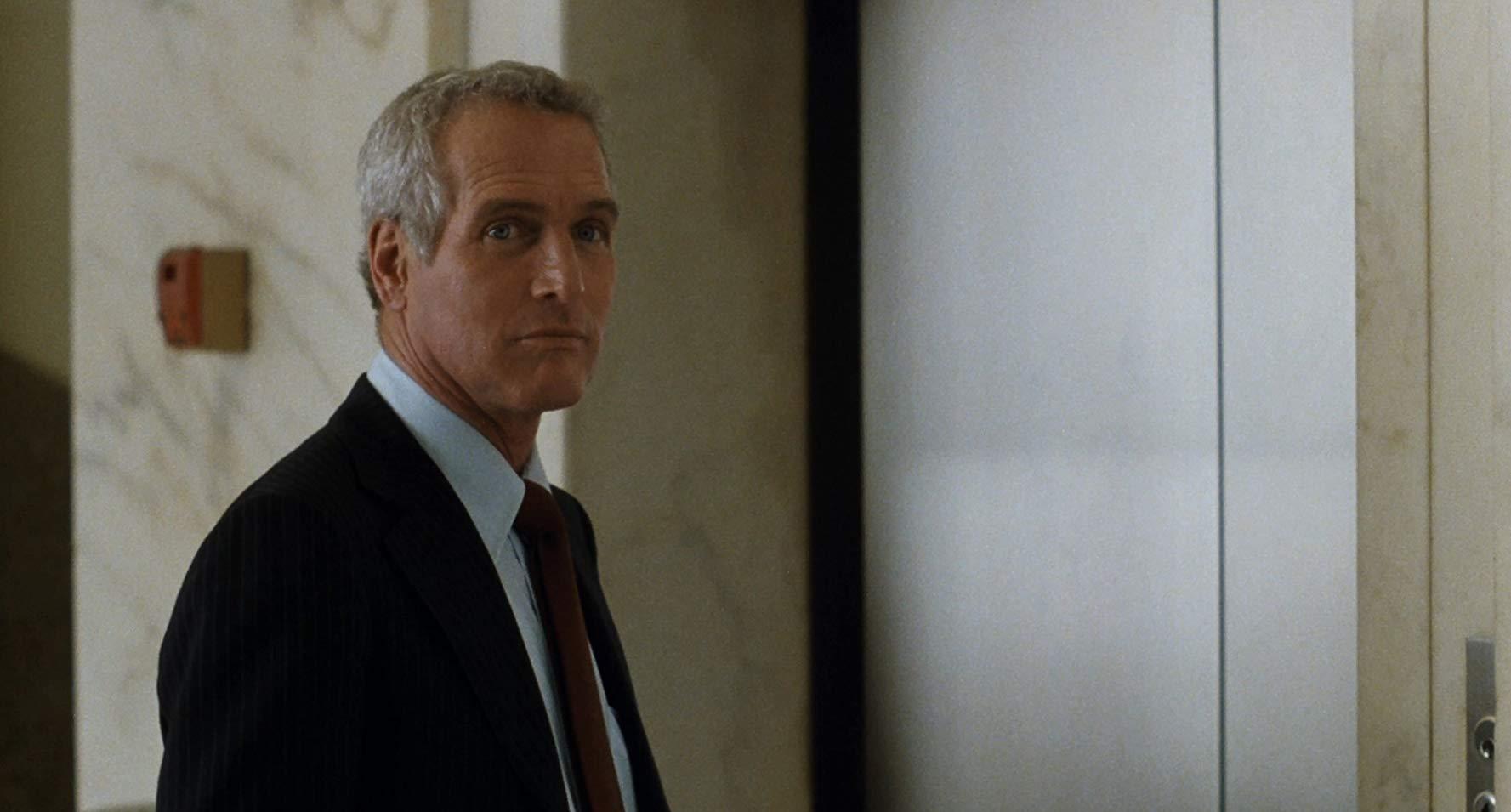 20 / 30
Newman in "Absence of Malice"—Columbia Pictures

After playing a righteous cop in "Fort Apache, the Bronx" in 1981, Newman received an Oscar nomination for his role in "Absence of Malice" the same year. In 1982, he turned in another Academy Award-nominated performance in "The Verdict." 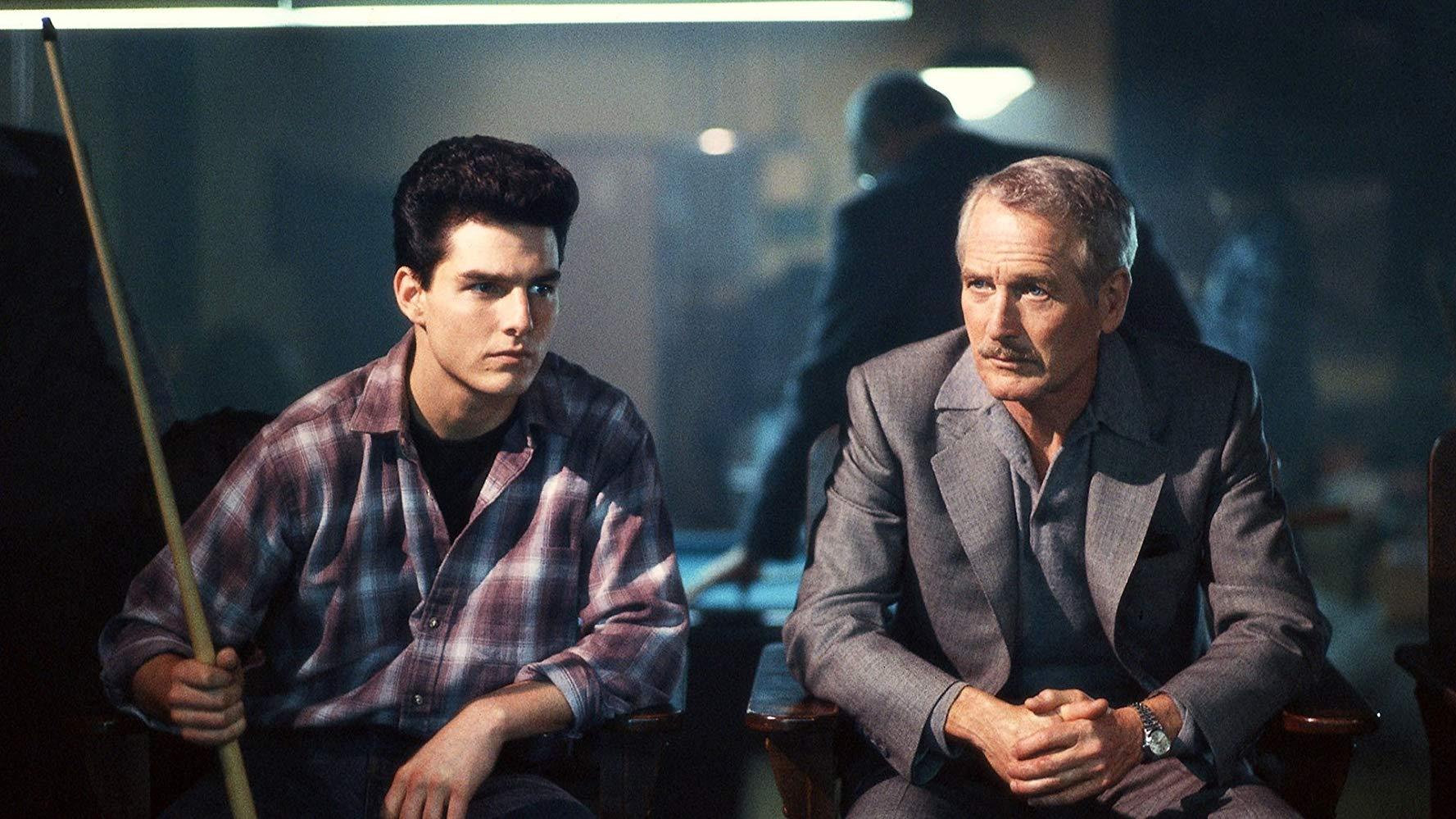 By 1985, 60-year-old Paul Newman had still never won an Oscar, with conventional wisdom assuming it was because he had alienated Hollywood's shot-callers through both his politics and decision to live on the East Coast. After taking a year off to focus on his racing hobby, Newman was awarded an honorary Oscar in the form of a Lifetime Achievement Award—likely to make up for the many snubs he received in the past. The next year, he skipped the awards ceremony altogether, only to win an Oscar on merit for the first and only time in his career for "The Color of Money." 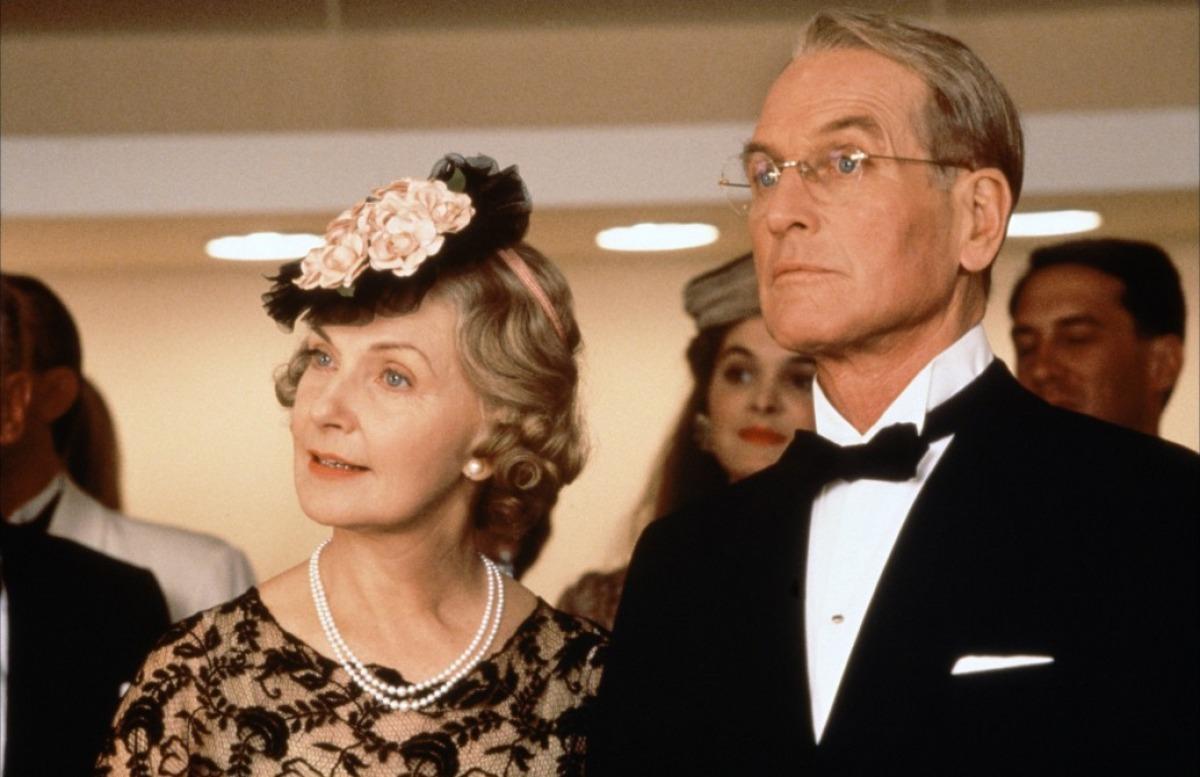 Easing into the '90s

Newman entered yet another decade with three lukewarm showings, including "Fat Man and Little Boy," "Blaze" and "Mr. and Mrs. Bridge," all released between 1989 and 1990. He followed this stint with a four-year pause from acting. 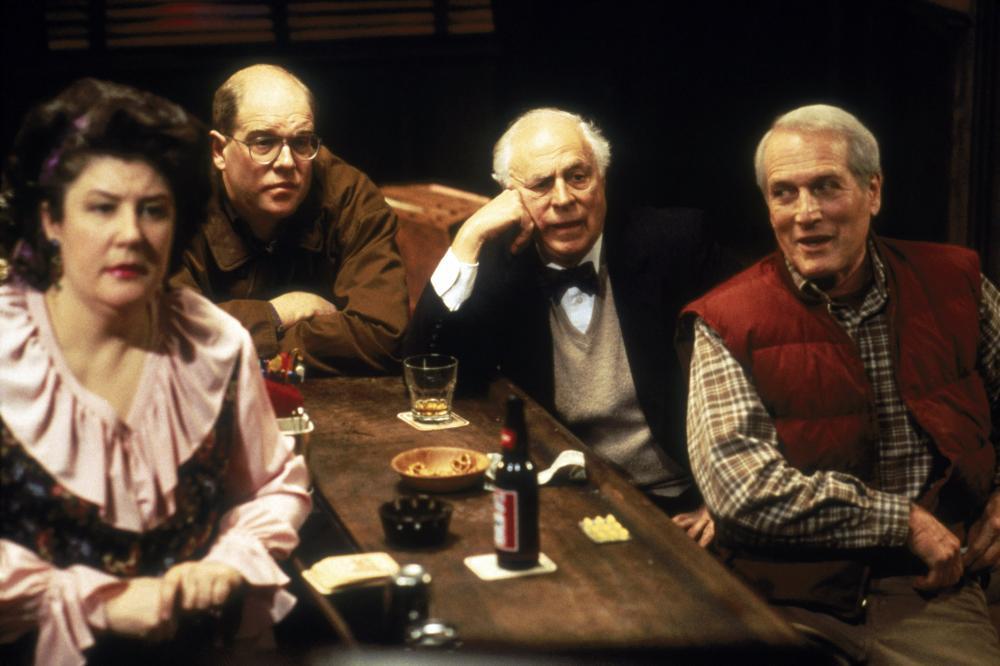 A brief, but powerful return

In 1994, Paul Newman roared back onto the screen with an acclaimed role in the Coen Brothers film "The Hudsucker Proxy," which he followed up with "Nobody's Fool" the same year. The latter role earned him yet another Oscar nomination. 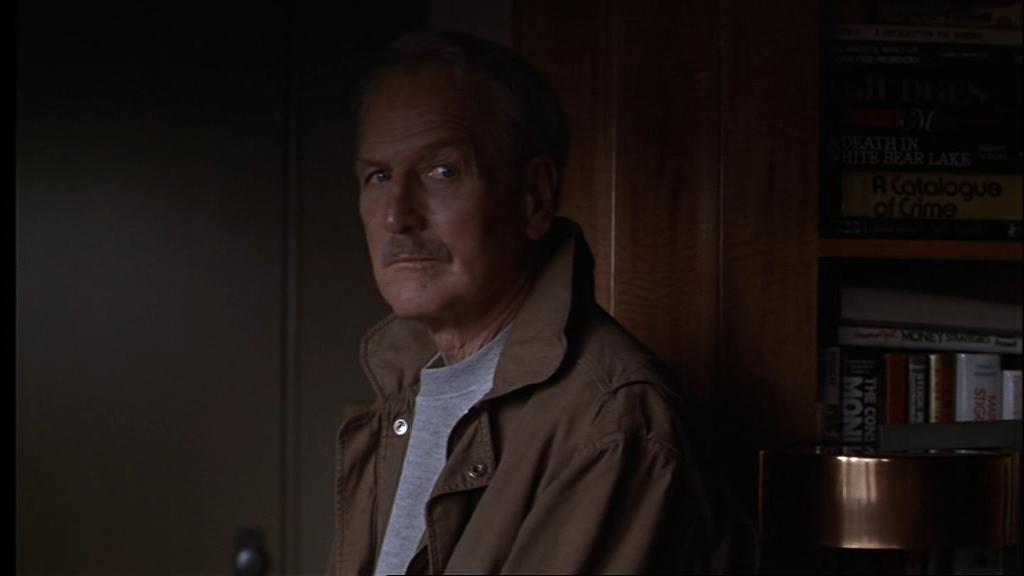 Gone, then back again

Newman again receded from the spotlight for several years before re-emerging in 1998 to play an alcoholic detective in "Twilight." As he had in the past, he starred in a cluster of films, including "Message in a Bottle" and "Where the Money Is," both released in 1999. He then retreated away from the limelight once again, this time for a three-year hiatus. 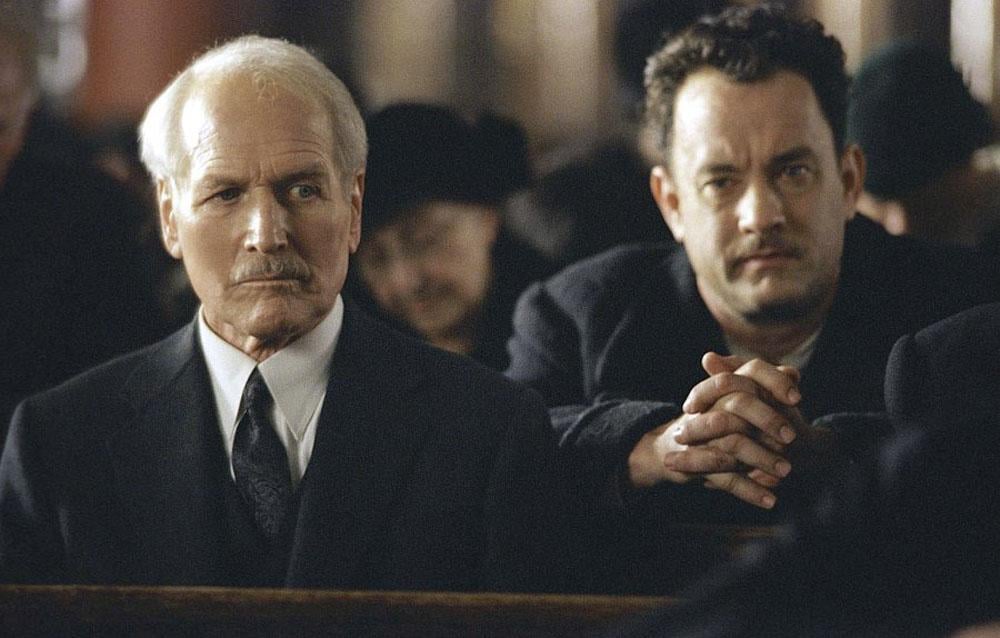 In 2002, Newman left his mark on the 21st century with an role alongside Jude Law in "Road to Perdition." One of the finest performances of his career, the role earned him nearly universal applause from critics and yet another Oscar nomination. It would be the last significant role of Paul Newman's career. 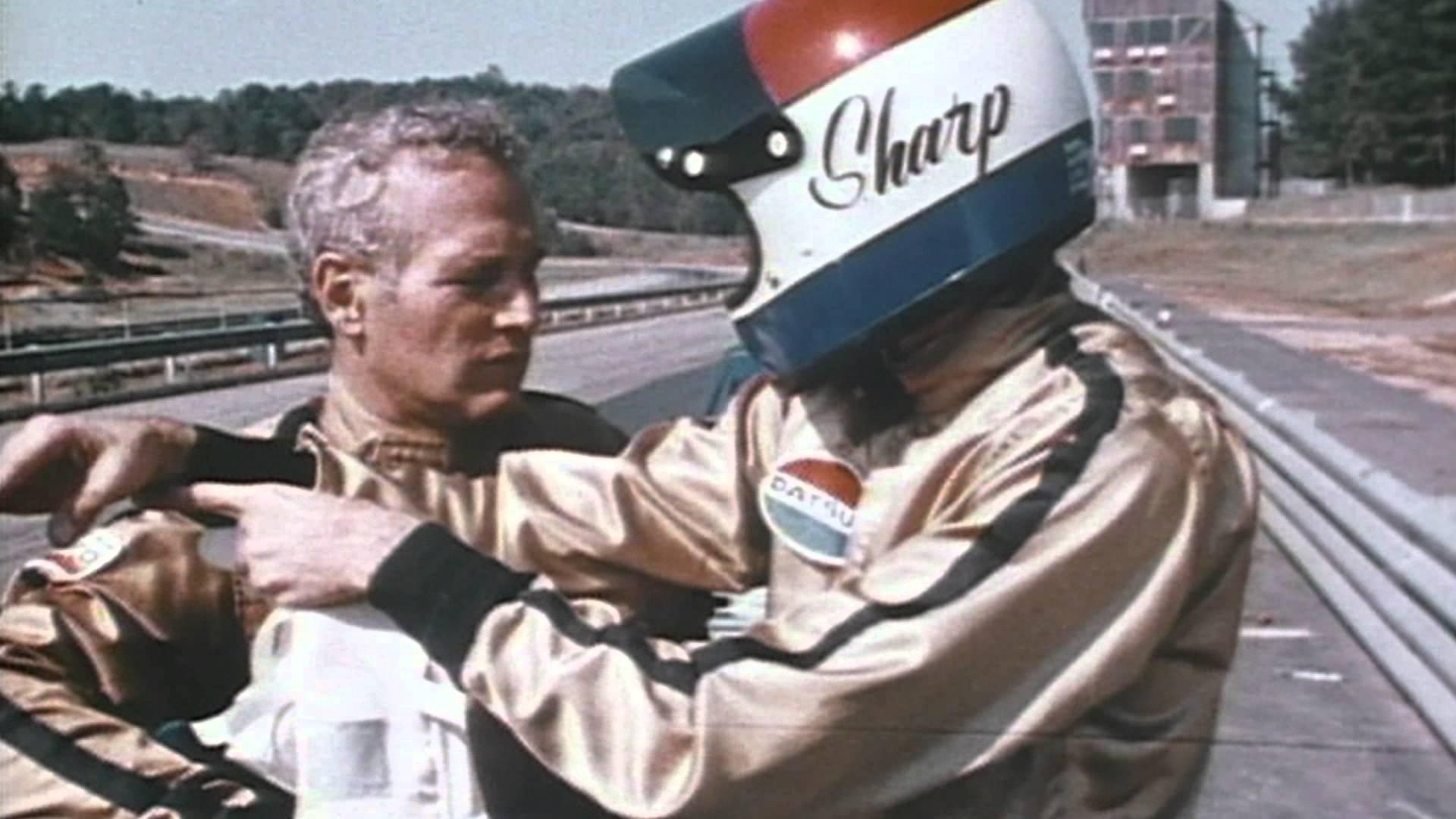 26 / 30
Newman in the documentary "Winning: The Racing Life of Paul Newman"—Youtube Movies // Youtube

A racer at heart

Newman's 1969 film "Winning" kicked off a lifelong love affair with auto racing. Three years later in 1972, at age 46, Paul Newman became a professional racer, going on to become a four-time Sports Car Club of America (SCAA) champion. He also placed in several other high-profile races, owned several Indy cars during the sport's Mario Andretti golden era and even formed his own racing team. In 1995, 70-year-old Paul Newman became the oldest competitor ever to complete the 24-hour Daytona Endurance Race, his final competition. 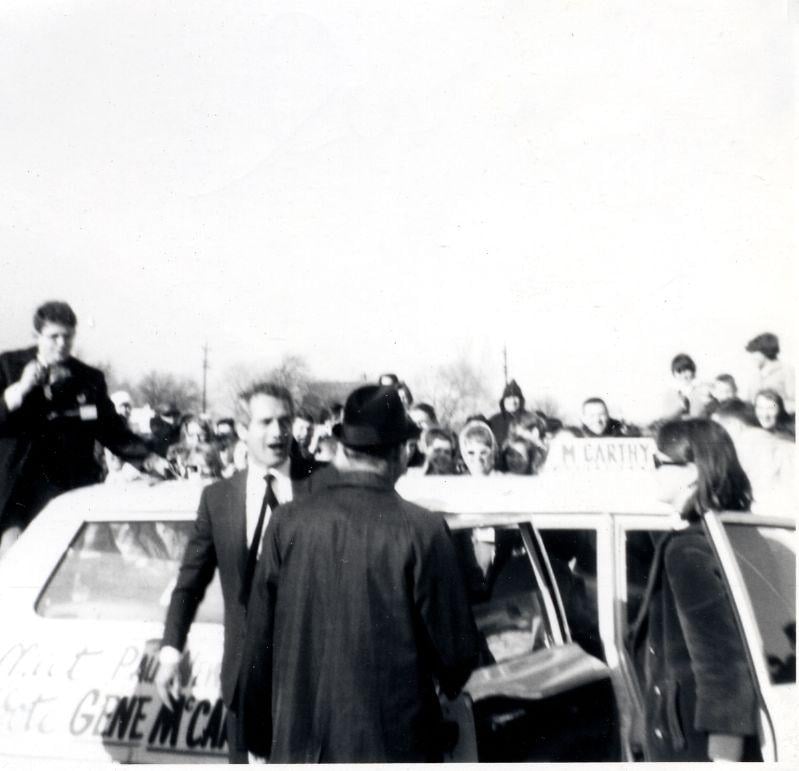 In the 1970s, Newman was reportedly proud to be named so high up on Richard Nixon's famous "enemies list," but for the actor, politics was a lifelong endeavor. He championed causes like gay rights, nuclear disarmament, women's rights and civil rights. The year he died, he maxed out his contributions to Barack Obama's election campaign. 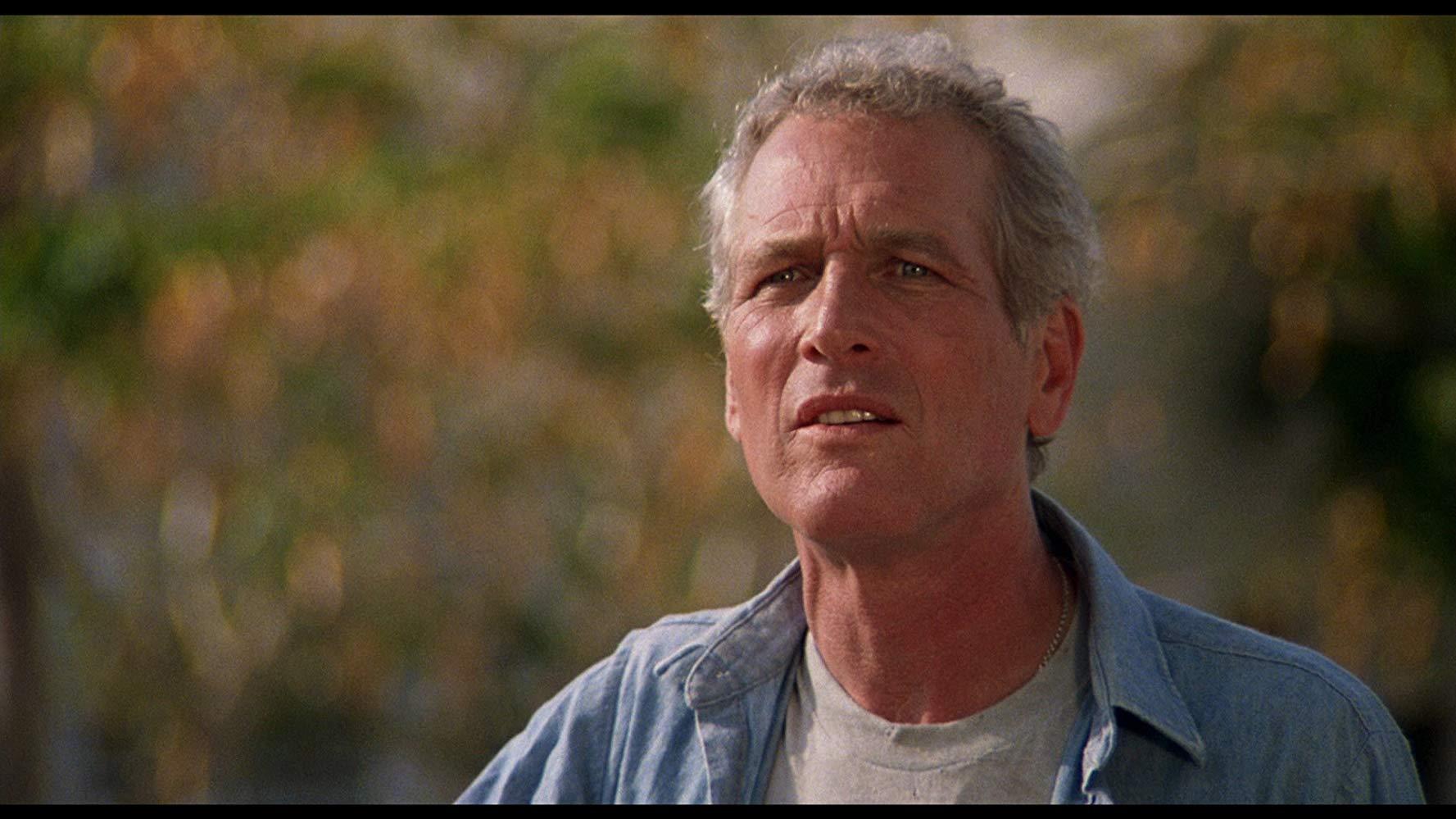 Paul Newman was involved in charity and philanthropic endeavors for nearly as long as he was a star. He founded what would become the Scott Newman Center for substance abuse, as well as the Hole in the Wall Gang Camp for children with serious medical conditions. In 2007 he donated $10 million to his alma mater, Kenyon College, which resulted in the largest scholarship endowment in the college's history. 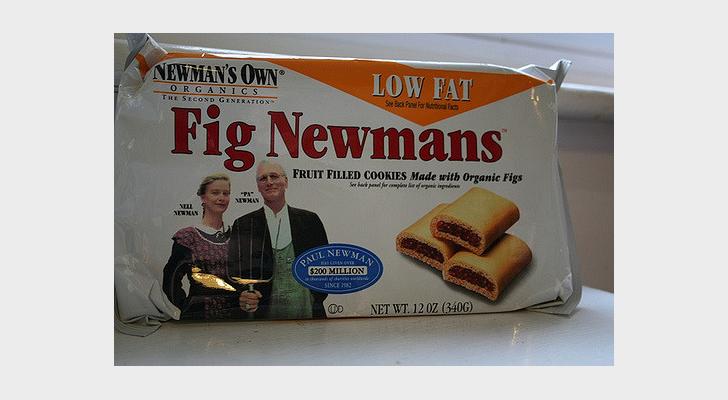 Newman's largest and farthest-reaching charity was Newman's Own, the Hollywood legend's namesake brand that donates 100 percent of its profits to charity. Newman formed the brand in 1982 with a single salad dressing; today, it's a global juggernaut that has donated more than $530 million to millions of people and thousands of charities around the world. 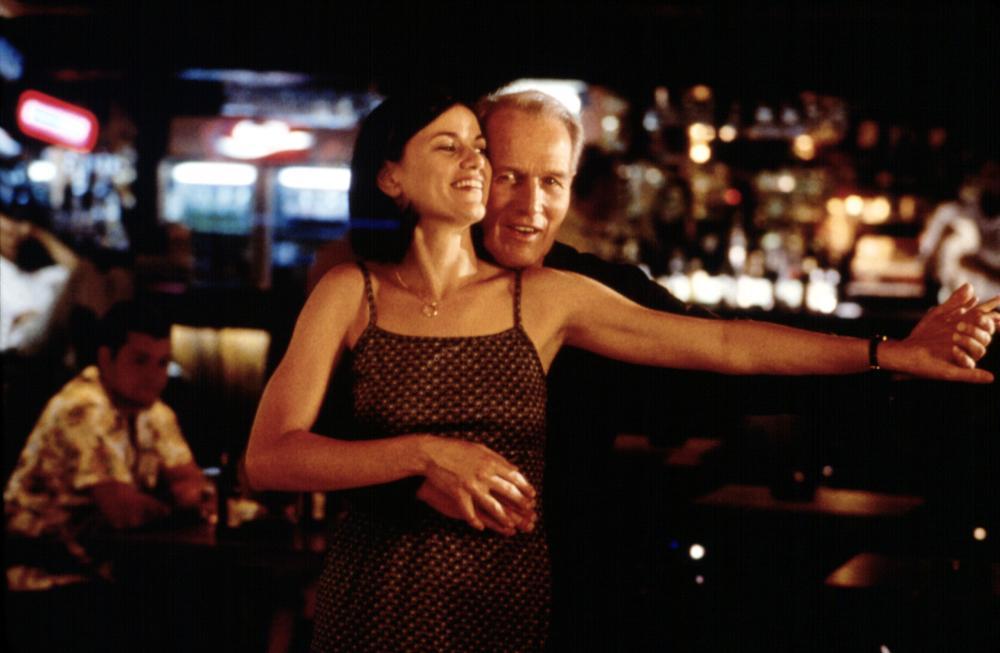 On September 26, 2008, Paul Newman lost a long battle with lung cancer at the age of 83. Newman, who remained a Hollywood outsider even after decades as one of its most iconic stars, died in his home near Westport, Connecticut. He amassed 85 movie and television credits during the nearly six decades between his television debut in 1952 and his final work in 2008, the year that he died.