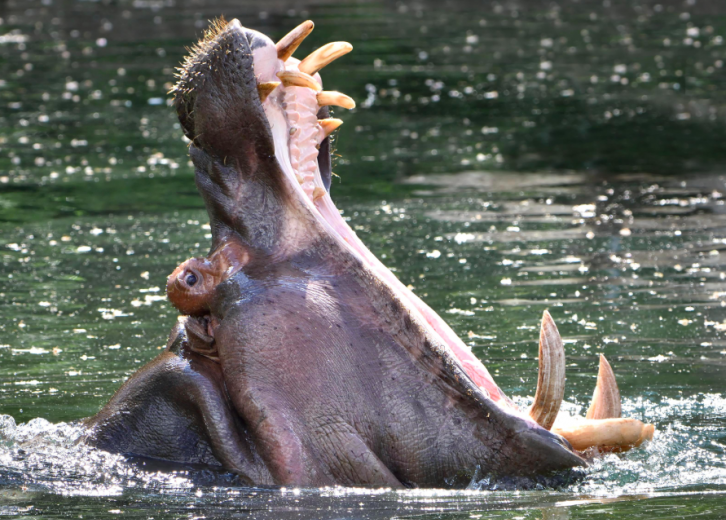 Deadliest animals in the world

On June 20, 1975, Stephen Spielberg’s summer smash “Jaws” hit theaters across the country, forever changing the way people view sharks. Dozens of movies in the decades since have been inspired by the story of a man-hunting shark, which studies have shown lead to increased fear of shark attacks. Humans have taken to killing sharks to prevent such attacks, and in doing so have decimated shark populations despite the fact that sharks only kill about six people every year.

While every death is tragic, shark attacks represent a small fraction of the number of humans killed by animals each year: an estimated 1,537,166 in 2015. To find which animals deserve their lethal reputations, Stacker analyzed a list of the world’s deadliest animals as compiled in Gates Notes, Microsoft founder and philanthropist Bill Gates’ blog.

Gates collected data from sources like the World Health Organization, the Norwegian Institute for Nature Research, National Geographic, the National Science Foundation, the Center for Disease Control, and the World Wildlife Fund to estimate how many people worldwide were killed by animals in 2015. The 15 species on this list were ranked by the total number of people killed by each that year.

ALSO: What to do when you encounter these 21 animals in the wild 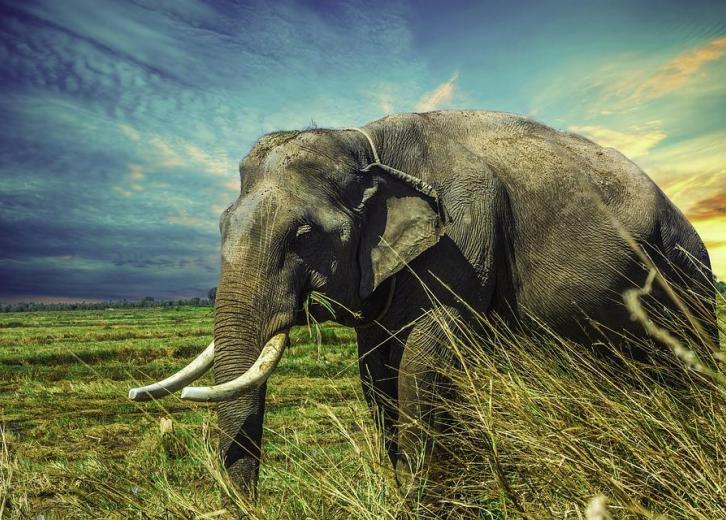 The African elephant is the world’s largest land mammal, with the Asian elephant not far behind. These far-ranging animals need plenty of land to forage, but as human populations continue to grow, elephants and humans find themselves in conflict over space. Only about 20% of their habitat is protected, and when people encounter elephants outside those areas, the results can be fatal for both species. 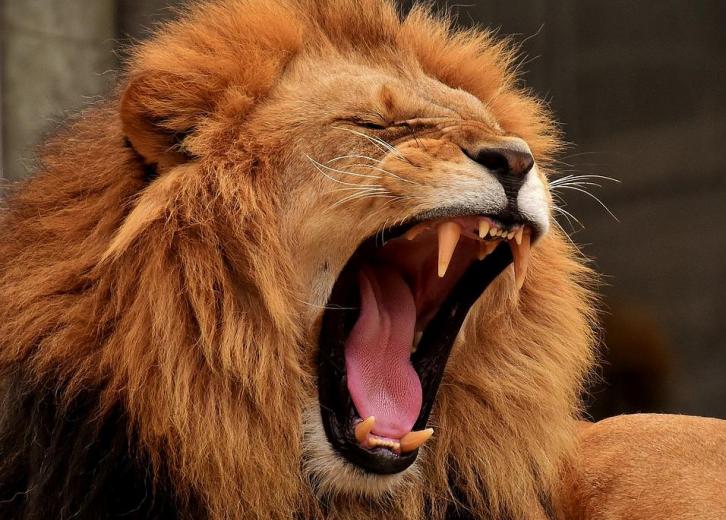 Every year in sub-Saharan Africa, tourists get a close-up look at the king of the jungle in its natural habitat. Perhaps unbeknownst to them, lions see nearly everything around them as potential prey, In the wild, old or sick lions often attack humans, which they see as easier prey. Lions are also more likely to attack during the 10 days after the full moon. 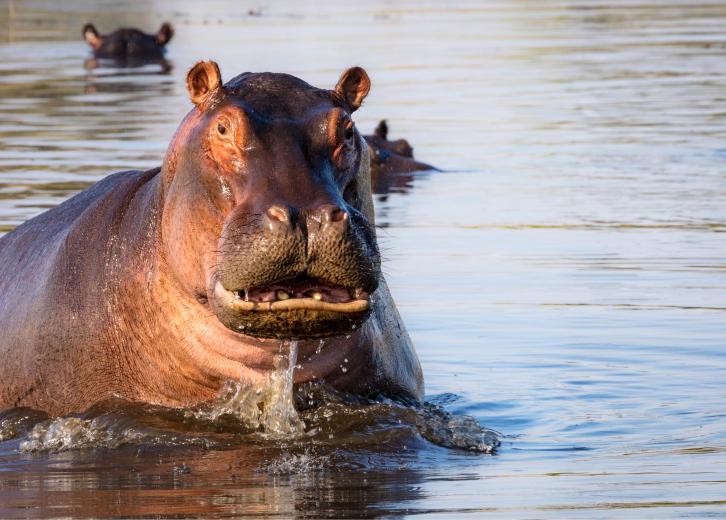 The hippopotamus, Greek for "river horse,” are semi-aquatic mammals of sub-Saharan Africa that spend up to 16 hours of their day submerged in water. They’re not gentle giants, however; male hippos are incredibly territorial, can run up to 20 miles an hour, and attack with 20-inch canines. 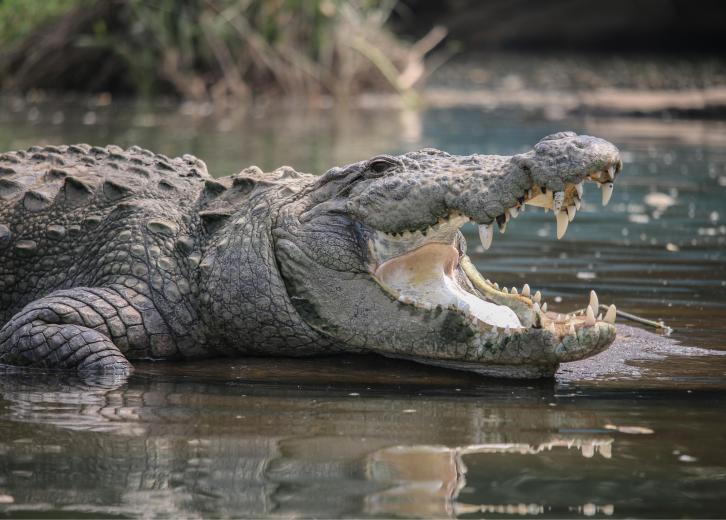 Though sharks are often pointed to as the most common underwater menace, crocodiles are historically 100 times deadlier. Their bite is three and a half times more powerful than a lion’s, and these opportunistic predators hunt to kill. Saltwater crocodiles are more deadly than their freshwater counterparts, and their attacks tend to be most common between October and March when the water is warmer. 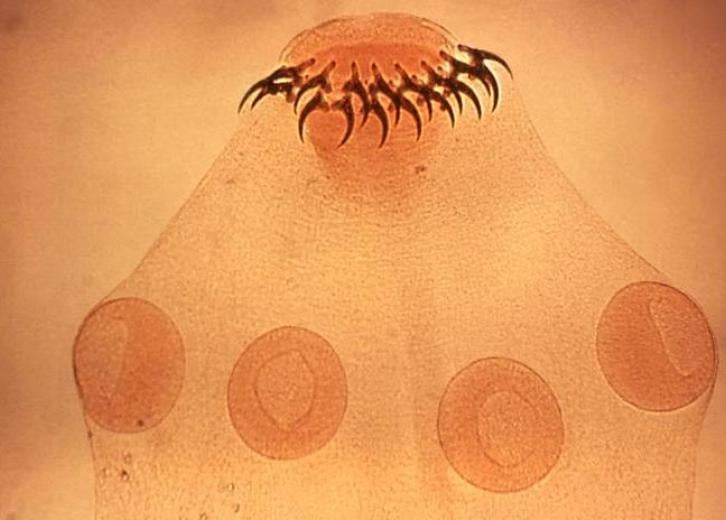 Tapeworms can’t digest food on their own, so they live in hosts’ intestines to get the nutrients they need to survive out of food that's already been digested. Chances of infection are higher in parts of the world where free-range livestock are more common, but the condition can be easily treated. Avoid getting one in the first place by ensuring all food is thoroughly cooked in regions that harbor the parasite. 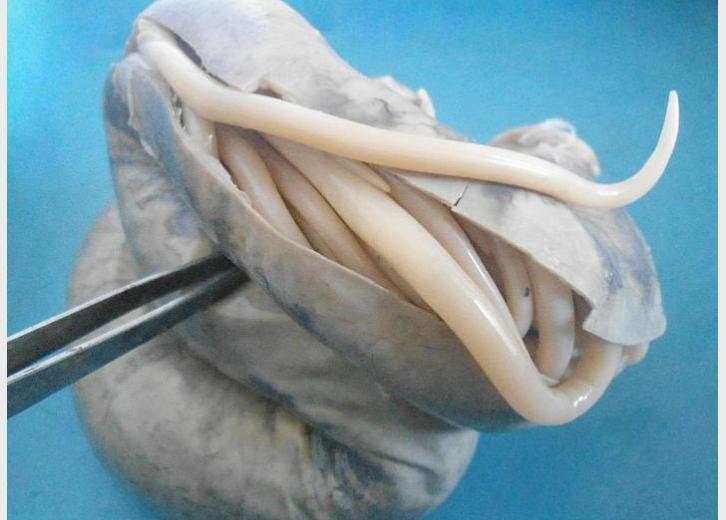 Roundworms, also called hookworms, are parasites typically found in soil. Like tapeworms, they live in the intestines of hosts who eat contaminated foods. The CDC estimates that between 807 million and 1.2 billion people are infected with roundworms worldwide, which accounts for most parasitic diseases. Luckily, most show few symptoms, and the parasites are only considered deadly in parts of the world with inadequate health care facilities. 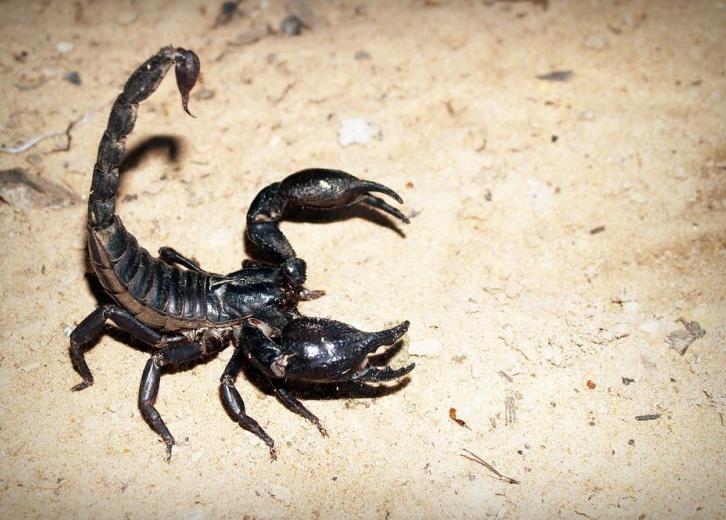 Most species of scorpion will only cause minor pain and irritation if they sting you. Cousins to spiders, mites, and ticks, only 50 species have venom powerful enough to be dangerous to humans. Luckily, only one species in the U.S. poses a danger: the bark scorpion found in southern Arizona and western New Mexico. 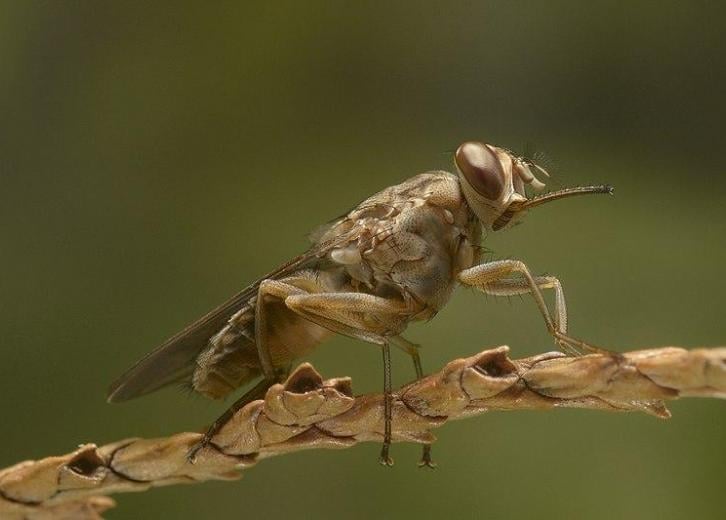 Tsetse flies look like common house flies, but these insects are far deadlier. Like mosquitos, they feed on the blood of mammals, transmitting diseases like trypanosomiasis, also known as "African sleeping sickness.” Early symptoms include aches, pains, and itching. As the disease progresses, victims experience confusion and disruption of the sleep cycle. Left untreated, the condition is frequently fatal. 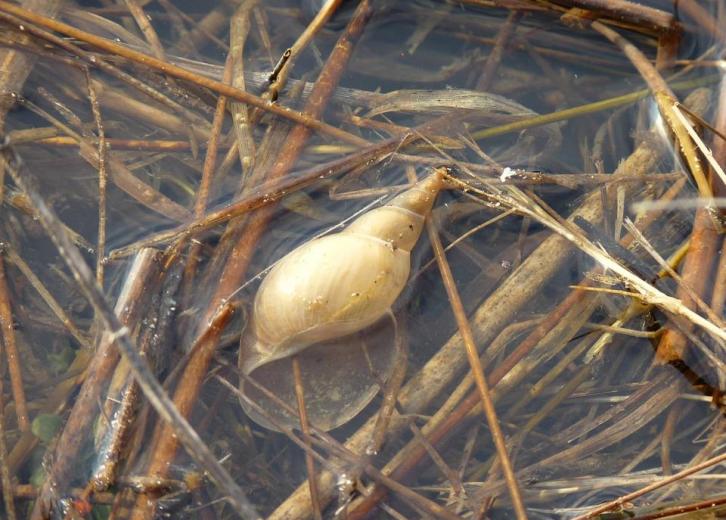 Unlike the snails you might find in your garden, certain freshwater snails carry the second-most devastating parasitic disease on the planet: schistosomiasis. These snails shed the parasites into the water, contaminating it and infecting hosts who come in contact with it. Once inside the host, the parasites lay eggs with sharp barbs that embed into internal tissue. Schistosomiasis is fatal in about 10% of cases. 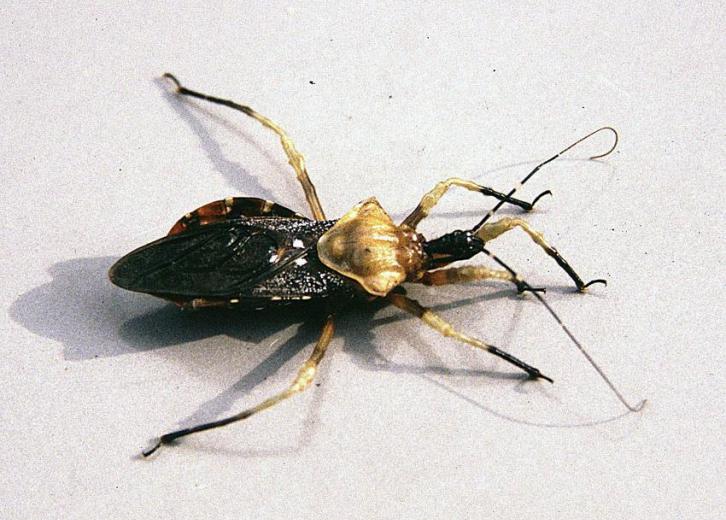 Kissing bugs might sound sweet, but they’re carriers of the deadly Chagas disease, the American form of trypanosomiasis, or "African sleeping sickness.” The bugs bite hosts on the thin skin near their eyes or mouth ("kissing” them) and leave behind droppings that infect through the wound. They’re mostly found in Latin America, but there have been reported sightings throughout the southern U.S. as well. 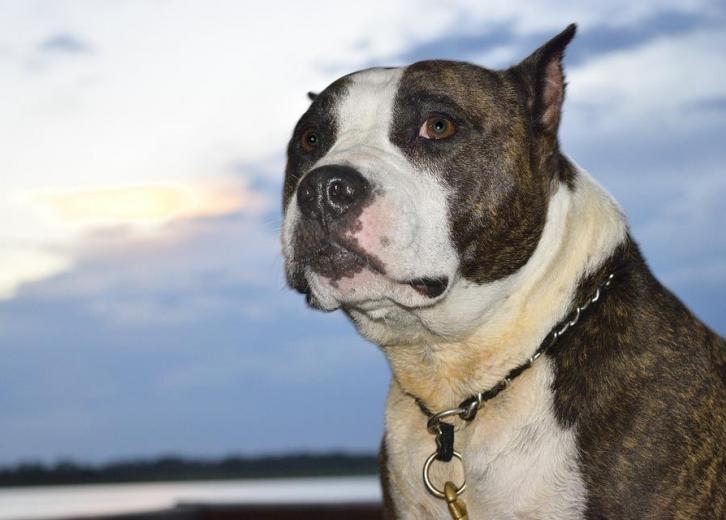 As much we love them, dogs are still descended from wolves and, like wolves, they bite. While dying from a dog bite on its own is incredibly rare, you should make sure your four-legged friend has had its shots regardless. That's because dogs are the lead source of rabies deaths in humans, accounting for 99% of cases. Africa and Asia experience the most dog bite-related deaths, due to large stray dog populations. 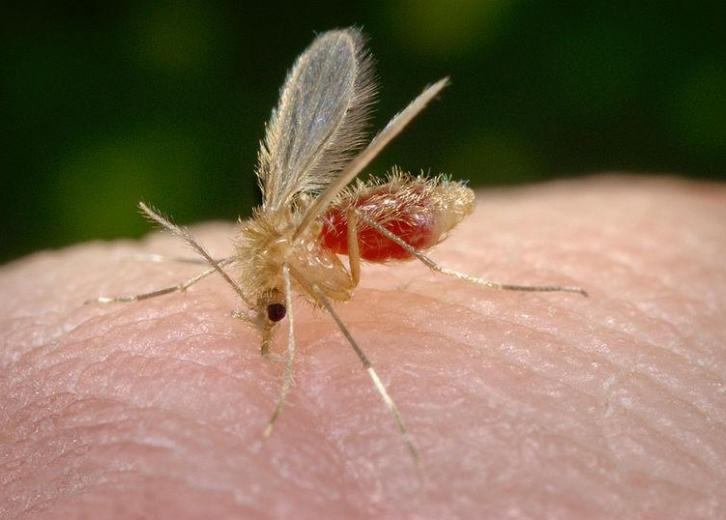 Sandflies live in Africa, the Mediterranean, the Middle East, Latin America, and Asia—especially India. Their diet consists largely of plants, but females also feed on blood while producing eggs and transmit the Leishmania parasite in the process. Most infected people never get sick, but those who get Leishmaniasis can develop one of the three forms of the disease. The most deadly is visceral Leishmaniasis, which is fatal in 95% of untreated cases. 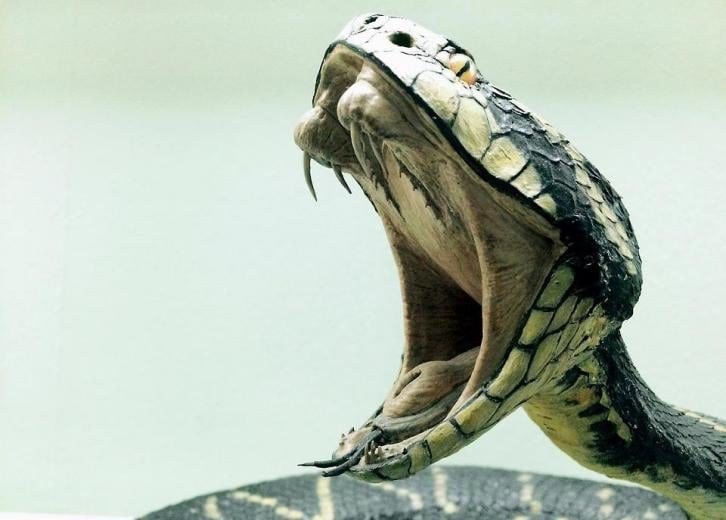 Snakes are one of the most commonly feared animals, and rightfully so. The World Health Organization estimates that snakes bite 5.4 million people every year, with 2.7 million of those bites are from poisonous snakes. Snake venom can cause blindness, necrosis, and death. There are usually only five or six snakebite-related fatalities per year in the U.S., while India is believed to have the most with about half of the world’s snake bites each year. 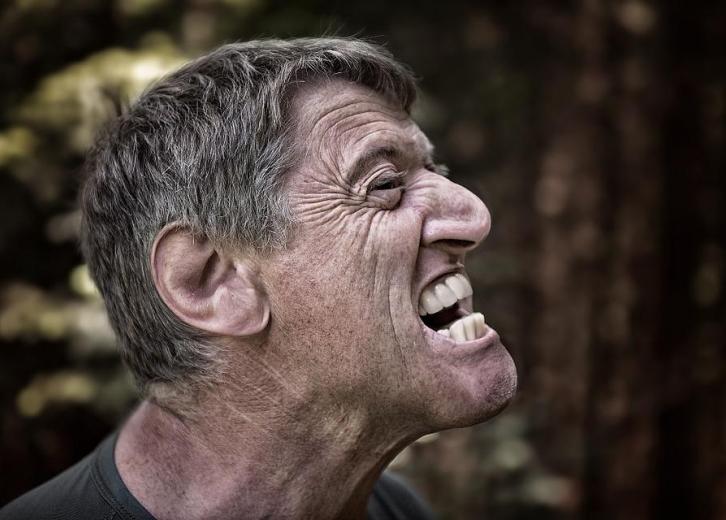 As serious as animal attacks and parasitic diseases can be, you’re much more likely to be killed by another human. The Gates Notes study found that homicide accounted for around 409,000 deaths, with war casualties comprising the other 172,000. 2016 marked the first year in more than a decade that the global homicide rate rose, while recent studies have found that wars may have led to three times more deaths in the last 50 years than estimated. 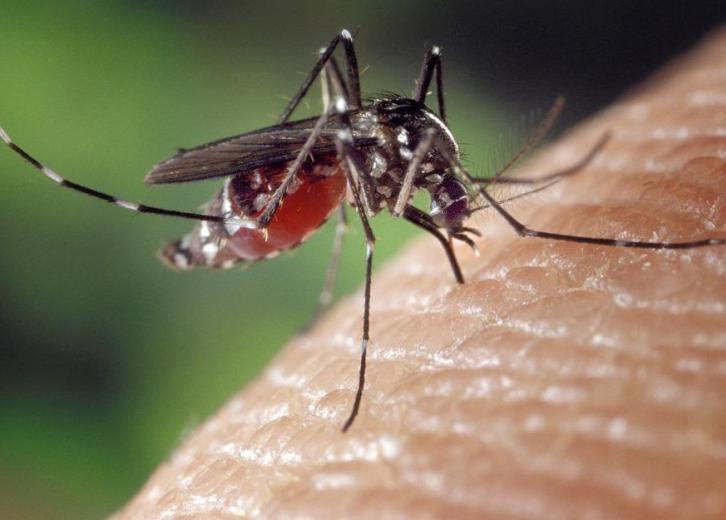 Mosquitoes are capable of transmitting many deadly diseases, including malaria, West Nile virus, Zika, dengue fever, yellow fever, and chikungunya. Distributing bed nets and eliminating the insects’ breeding ground of standing water have been among the proposed solutions to this rampant problem. Nevertheless, it has proven complicated to implement an effective plan. The Gates Foundation has recently pushed for a different solution: using gene-editing technology to eliminate malaria-transmitting mosquitoes altogether. 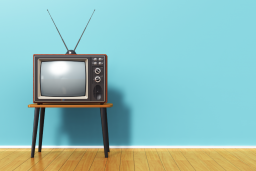