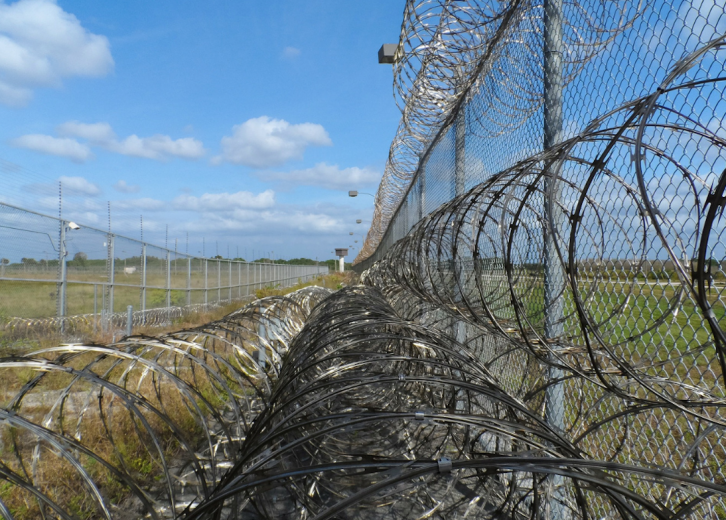 Mass incarceration by the numbers

More people are locked up in the United States per capita than in any other country. In a state such as New York, the incarceration rate is well below the national average, yet it is more than twice as high as rates in the United Kingdom, Canada, and France.

Certain segments of the population are disproportionately locked up. Black Americans comprise 40% of the incarcerated population, yet they make up only 13% of U.S. residents. People who get imprisoned are overwhelmingly poor, with a median annual income less than half of those who do not go to jail or prison.

It is pre-trial detention, made up of the poor who are not convicted of any crime but cannot afford bail, that keeps America's jails and prisons full. One in three people confined—more than 700,000 overall—sit in a local jail, typically too poor to make bail. Most people in federal and state prisons are confined more than 100 miles away from their families, leaving loved ones without support and straining already limited resources for visits and communication.

Policymakers, politicians, experts, and advocates wrestle with a need for public security, calls to be tough on crime, biased policing practices, mandatory sentencing, the financial cost of mass incarceration, the value of reforms to ease pressure on an overburdened system, and whether resources might be put to better use in crime prevention, job training, and drug treatment programs that may stem the unparalleled flow of people put behind bars.

You may also like:Tourism by the numbers 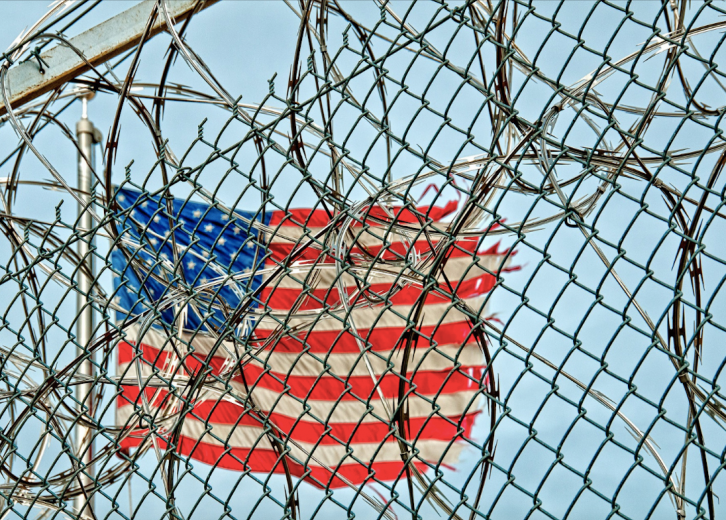 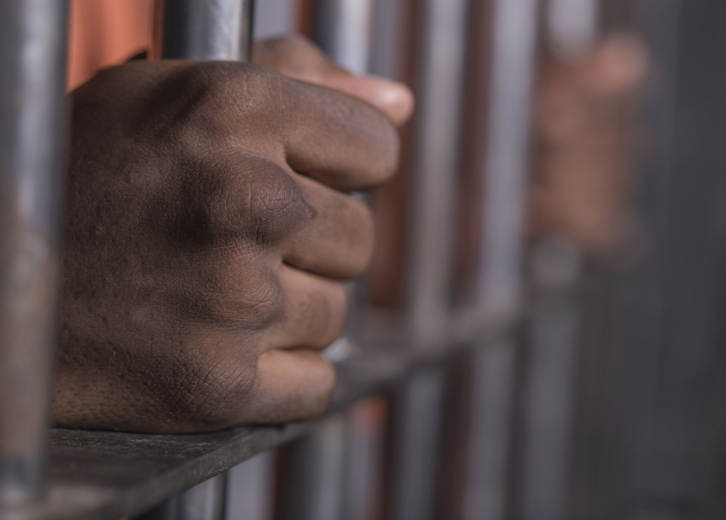 Within the United States, Oklahoma has the highest incarceration rate at 1,079 per 100,000 residents, with Louisiana and Mississippi holding the second and third spots. Nearly half of U.S. states have rates higher than the national average. Massachusetts has the lowest rate—324 per 100,000 residents incarcerated. 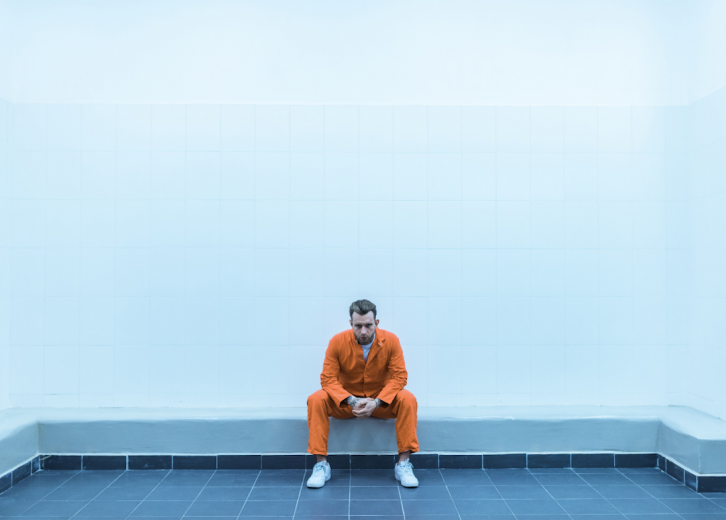 Most people in jail are not convicted of a crime

Most people who are jailed in the United States are being held before trial, and three-quarters of those in jails have not been convicted of a crime. That number—more than 540,000 people—is largely attributed to practices such as money bail, which keeps prisoners who cannot afford to pay locked up. 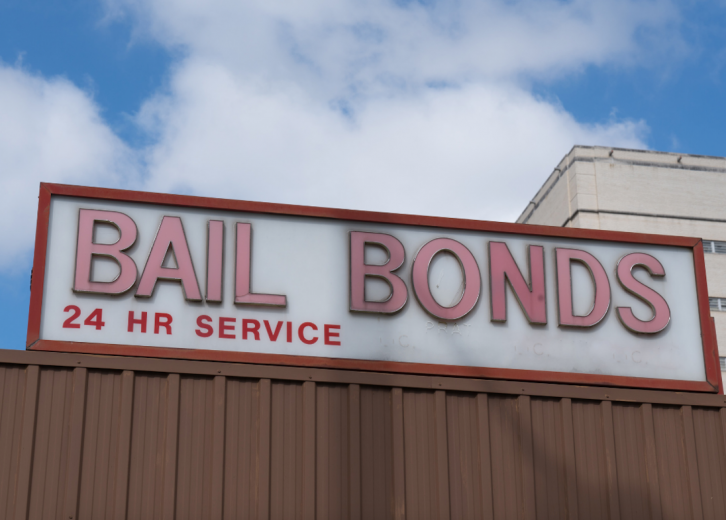 No money for bail

The median bail for felonies is $10,000. That amount is equal to eight months of income for the typical person detained because he or she cannot pay bail. Reform campaigns propose greater use of non-financial systems such as release on one's own recognizance or unsecured bonds that do not require money unless the prisoner fails to appear in court. 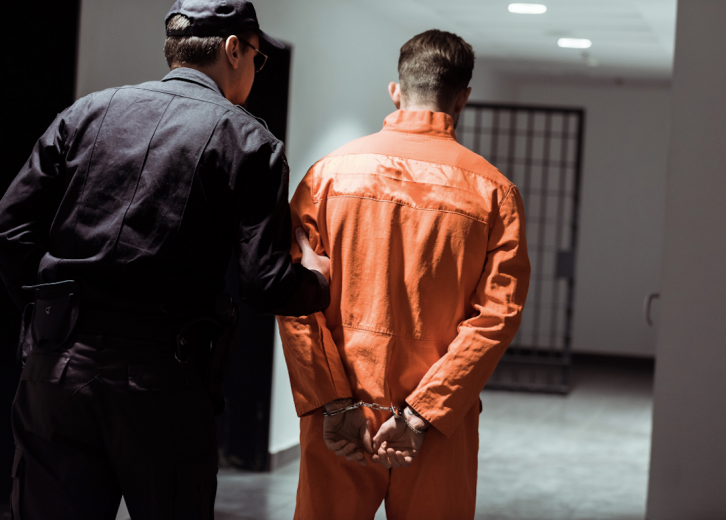 The practice of jail churn

Every year, people go to jail 10.6 million times in the United States, a practice known as jail churn. To visualize, it is enough people to fill a string of prison buses stretched bumper to bumper from New York to San Francisco. 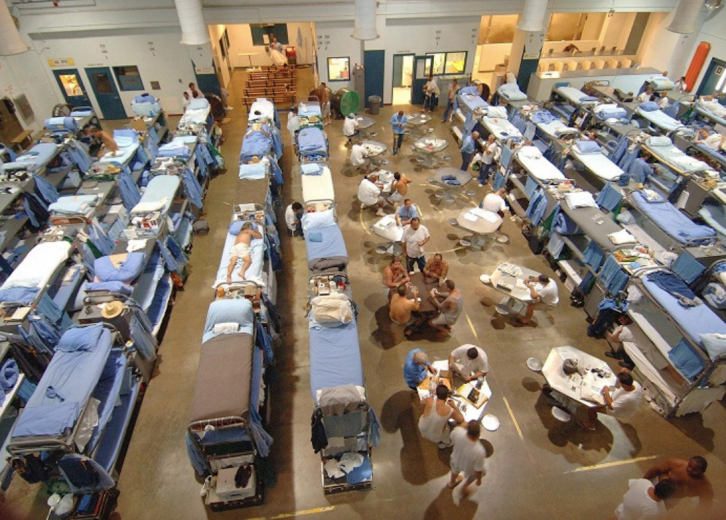 Millions of people are arrested across the United States each year, many for low-level offenses. Drug possession alone accounts for more than a million arrests. Many are jailed for hours or days, and the average stay is 25 days. 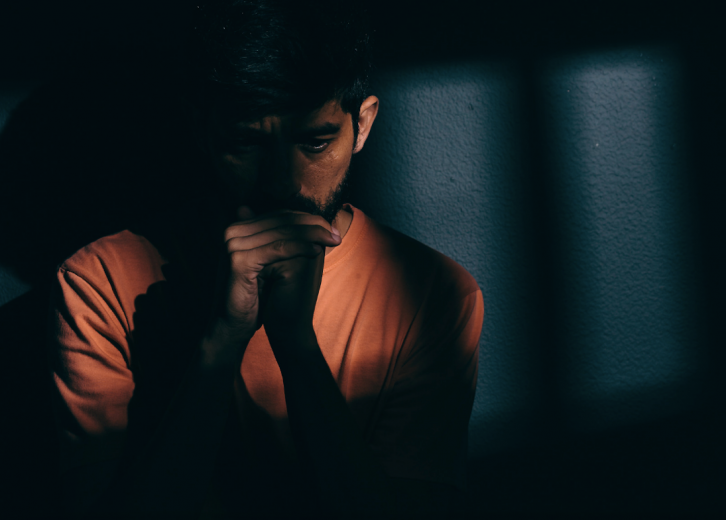 Jail can be fatal

Even a brief stint behind bars can be dangerous. A quarter of jail suicides occur within three days of admission, and 40% of all jail deaths occur within the first week. 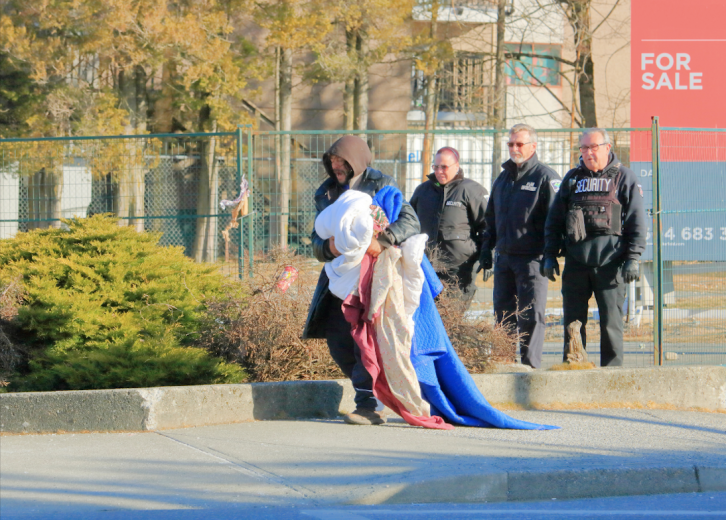 Impacts of a jail term

Incarceration, regardless of length, can trigger financial collapse, bringing job loss, eviction, homelessness, failure to meet financial obligations, disrupted medical care, and the end to benefits such as food stamps and Medicaid. Personal resources are depleted, debts add up, and job opportunities fall away. 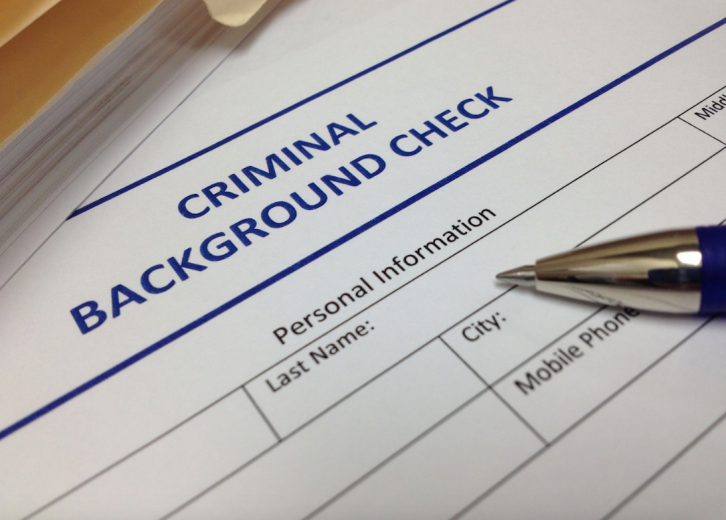 Research suggests a vast majority of employers use criminal background checks; time spent in prison and a criminal record "decimates job opportunities," according the the GWA report. A campaign by civil and human rights organization All of Us or None, called Ban the Box, is aimed at removing the check box on job applications that asks about criminal records. 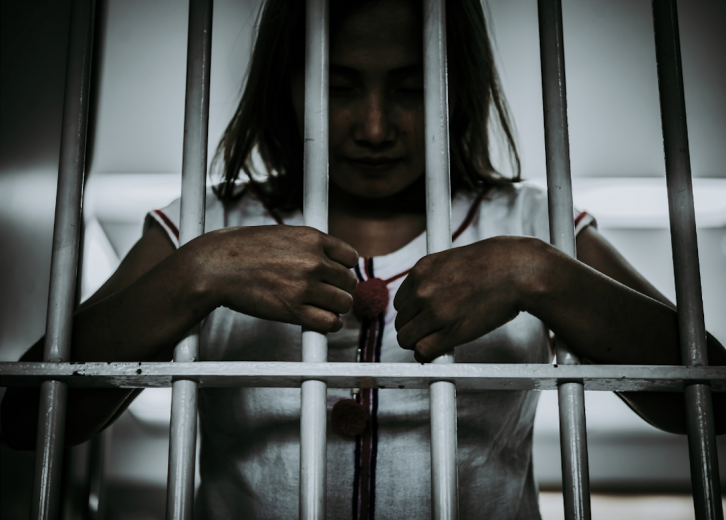 Women are the fastest-growing segment of the incarcerated population. More than 100,000 women are in jail on a given day, and four out of five are mothers. Outside, 1 in four women has a family member behind bars, and 1 in 12 children has a parent who has been in jail or prison. 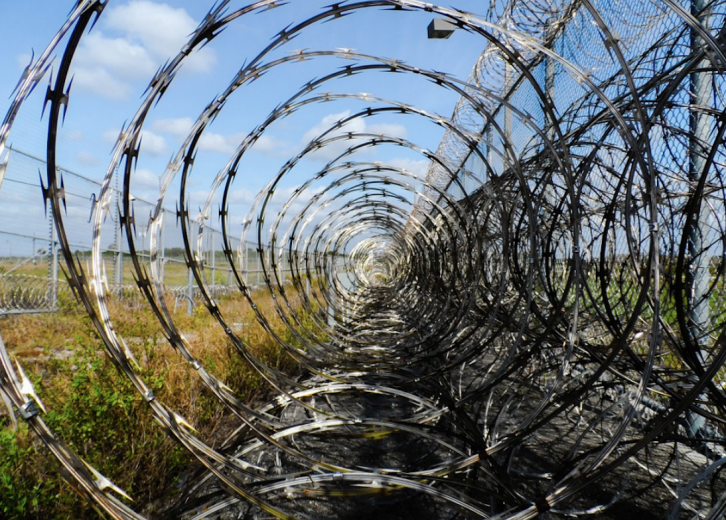 Most and least likely to be arrested again 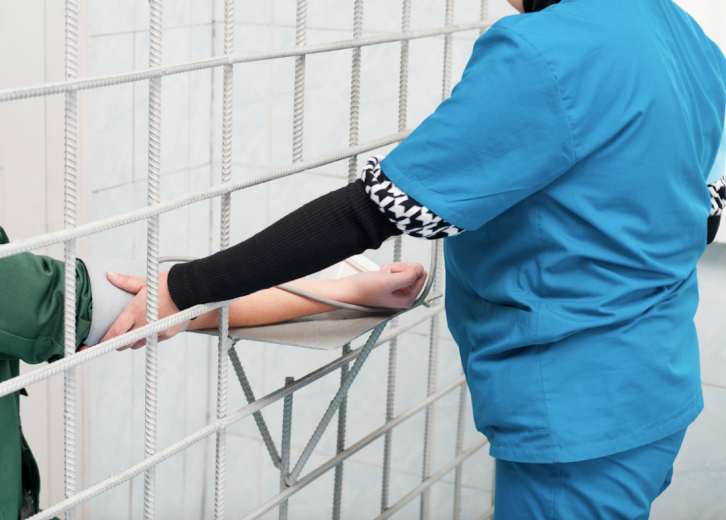 Inside prison, the cost of a call

Privately owned prisons house fewer than 1 in 10 U.S. prisoners. But a huge array of prison services such as food preparation, medical care, and telephone communications are in private hands. Most prisons charge inmates a co-pay to see a doctor. In most states, a phone call can cost more than $10 and costs more than $15 in 15 states. The price of sending an email ranges from five cents to $1.25. 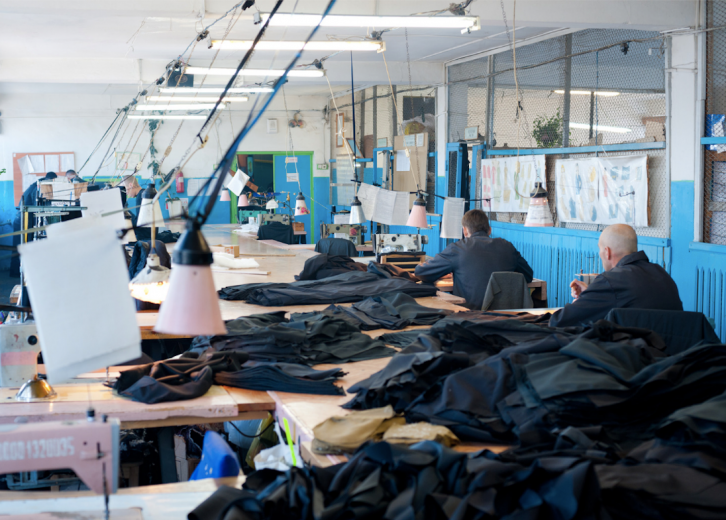 Prisoners working in facilities such as food service or laundry are paid between 86 cents and $3.45 per day. In at least five states, they work for no pay. Prison jobs are compulsory. 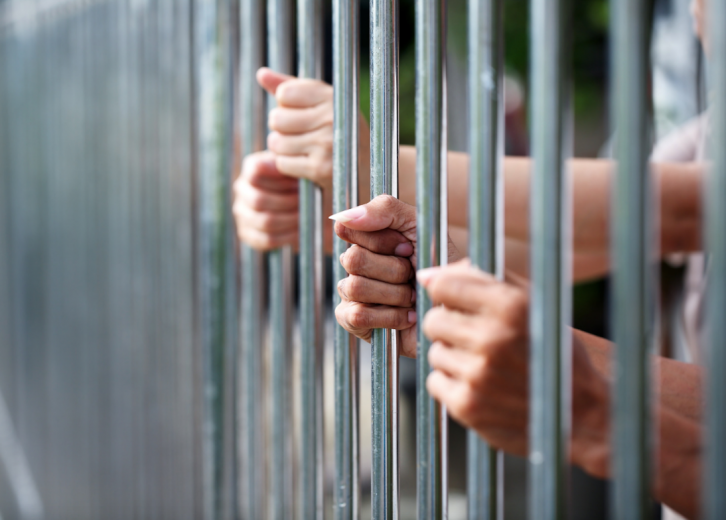 Young offenders locked up with adults

Some 63,000 youth are locked up across the country, thousands for violating parole or for offenses that would not violate the law if they were adults such as running away, truancy, and incorrigibility. Nearly 1 in 10 youth offenders is confined in an adult jail or prison. 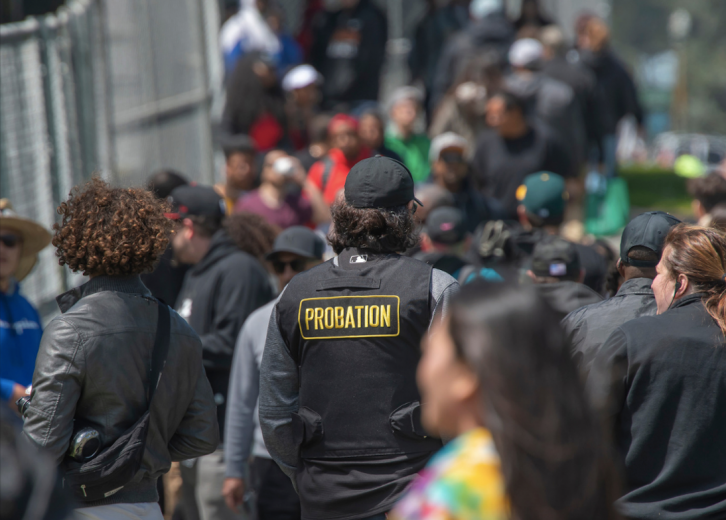 Across the country, more than 6.7 million adults—1 in 37—are under some type of correctional control. That includes roughly 4.5 million people on probation and parole, nearly twice the number of people locked up in prisons and jails. Undone by strict conditions and surveillance, nearly 350,000 people on probation or parole return to prison or jail each year, creating a revolving door between incarceration and community supervision.

100 most critically acclaimed films of the 21st century