Most widely watched but universally hated movies of all time

Longest-running Billboard #1 singles from the 1960s

100 best episodes of The Office

100 best family-friendly movies of all time

Action movies we love to hate

Best-selling book series of all time

Best-selling book series of all time

Once upon a time, a book was a book. Written and read, maybe it started conversations and captured imaginations. It might have been passed around, taught, or even came to influence the entire world.

Some hit book series won us over with characters we admire and inspire us. Musashi is a samurai-era hero whose feats are timeless, and Nancy Drew taught generations of girls that they could be as clever and brave as boys. Others starred characters who readers simple grew to adore. Children find comfort in Thomas the Tank Engine, see themselves in the bumbling adventures of Clifford the Big Red Dog, and cheer for Peter Rabbit and his escapades in Mr. McGregor's garden

Some of the most popular books teach lessons. Chicken Soup for the Soul books talk about hope and happiness, The Baby-Sitter's Club girls learn about loyalty and responsibility and the Berenstain Bears tell of right and wrong.

These book series take readers on journeys to fantastic places. Children stepped into the magical land of Narnia, helped Geronimo Stilton protect the residents of Mouseland, played with Noddy in Toyland, and traveled in Star Wars to a galaxy far away.

The endless battles between good and evil run through many of the most popular books, from waging galactic wars and unraveling centuries-old crimes to courtroom dramas exposing the truth. Yet some books seem almost to defy explanation for their runaway popularity. Harry Potter touched something in the hearts and minds of readers whose love for the orphaned wizard is unrivaled.

Stacker has compiled a list of the 25 best-selling book series of all time. The numbers were current as of 2018. Some figures are estimates as the series' intellectual copyright property rights have expired.

You may also like: Best black and white films of all time 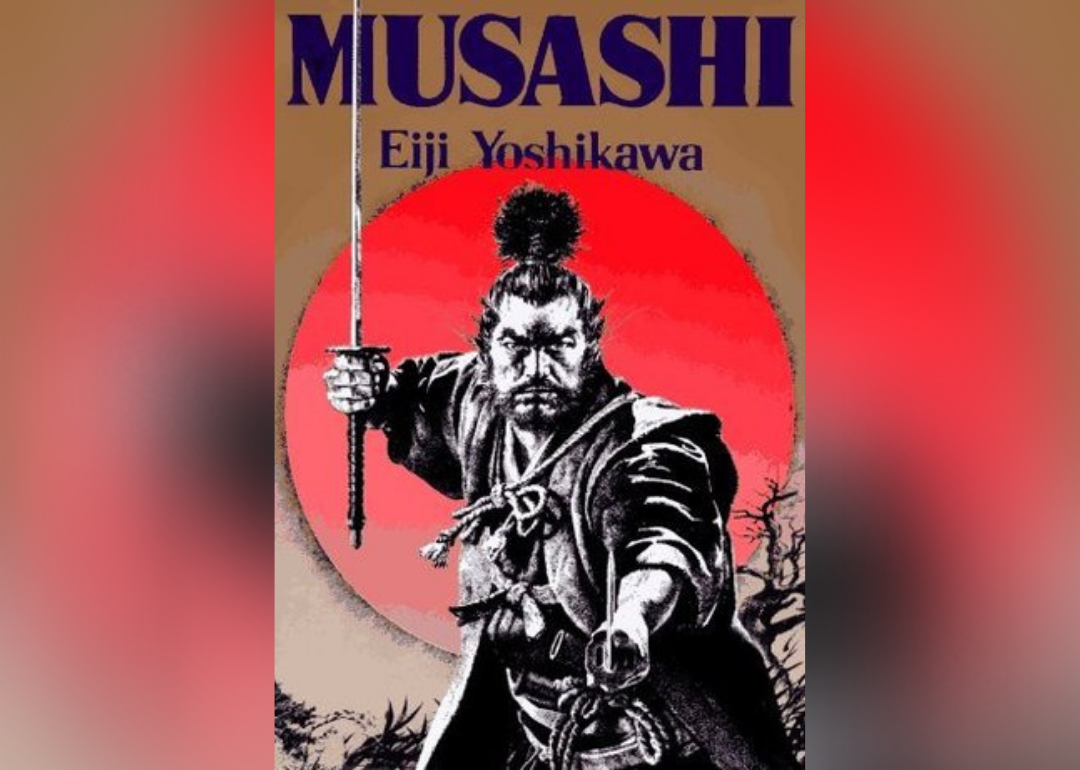 This epic novel about one of Japan's greatest heroes started out as serialized stories published in a newspaper. The elaborate saga of the celebrated swordsman Musashi is filled with tales of his legendary duels and his dedication to the samurai way of life. 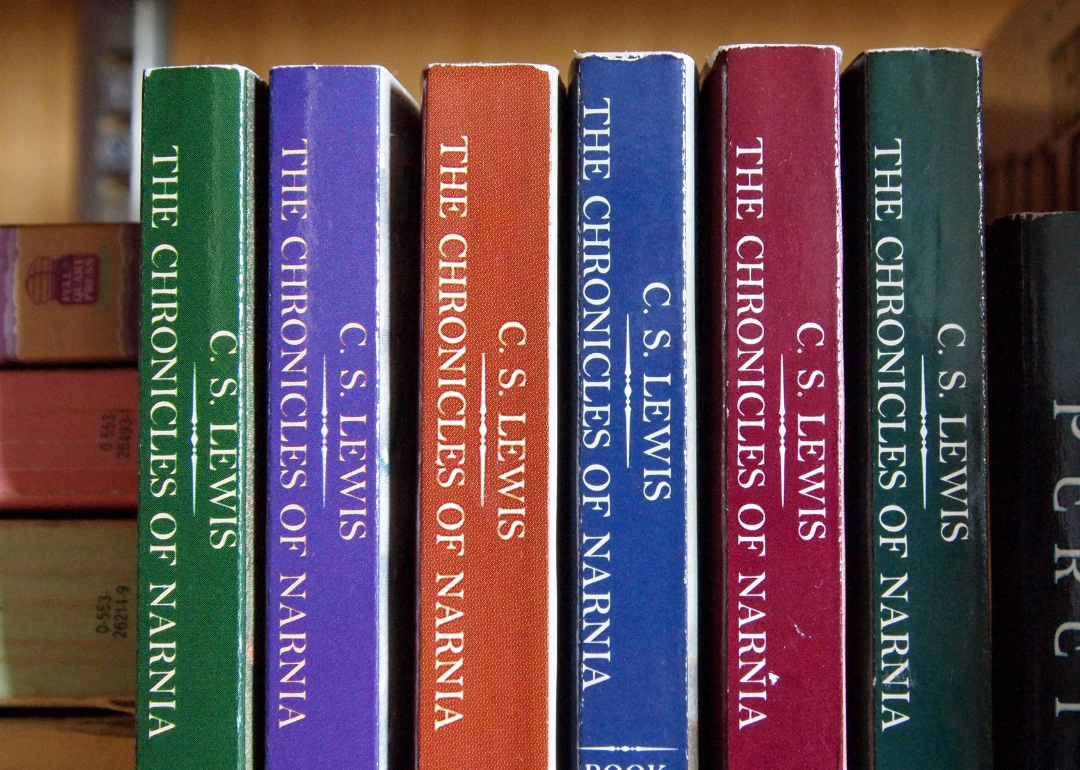 #24. The Chronicles of Narnia

The Chronicles of Narnia have delighted children since first being published following World War II. The fantasy series tells of children evacuated from London during the Blitz who discover the magical land of Narnia. 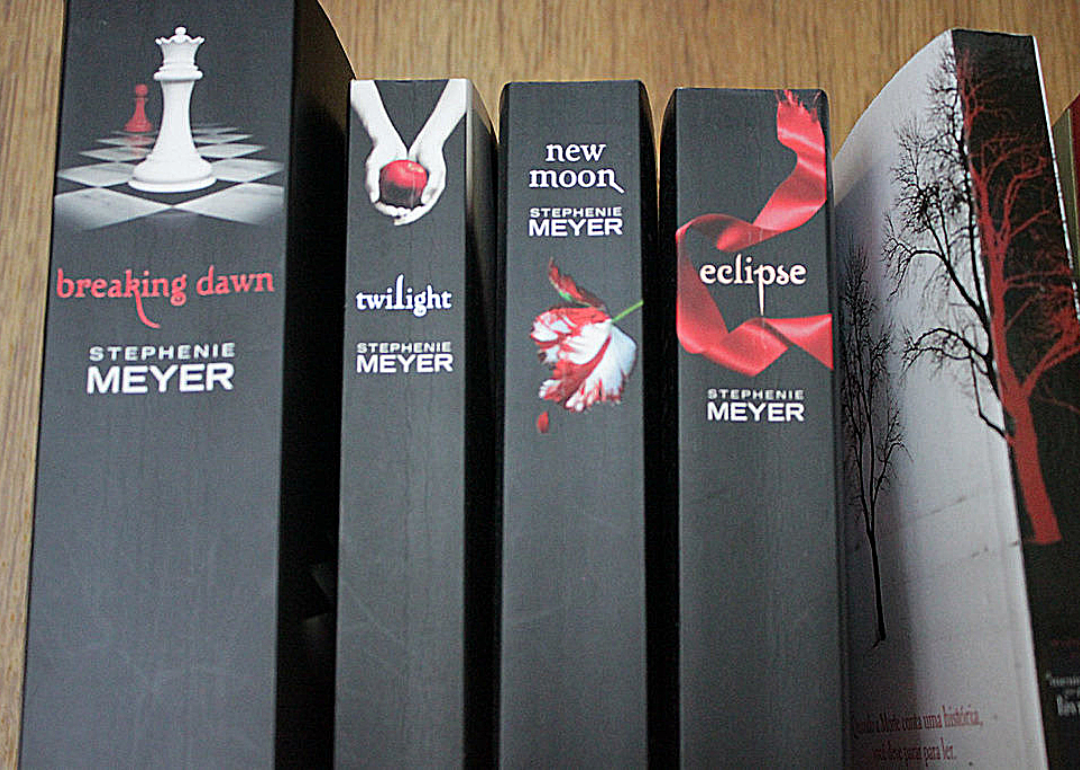 The Twilight books follow Bella Swan and her passionate romance with the darkly seductive Edward Cullen, a dangerous vampire. The suspense-filled saga was adapted to become an enormously popular movie series. Frank Merriwell was a dime-novel hero with both brains and brawn, introduced in 1896 in the magazine Tip Top Weekly. His exploits, as a student and as an international adventurer, filled over 200 full-length novels. The series' popularity declined as the movie business grew in the early 20th century. Children can see themselves in the kind, gentle, and clumsy character of Clifford the Big Red Dog who tries very hard to be good. He is beloved and always forgiven by his best friend Emily Elizabeth. 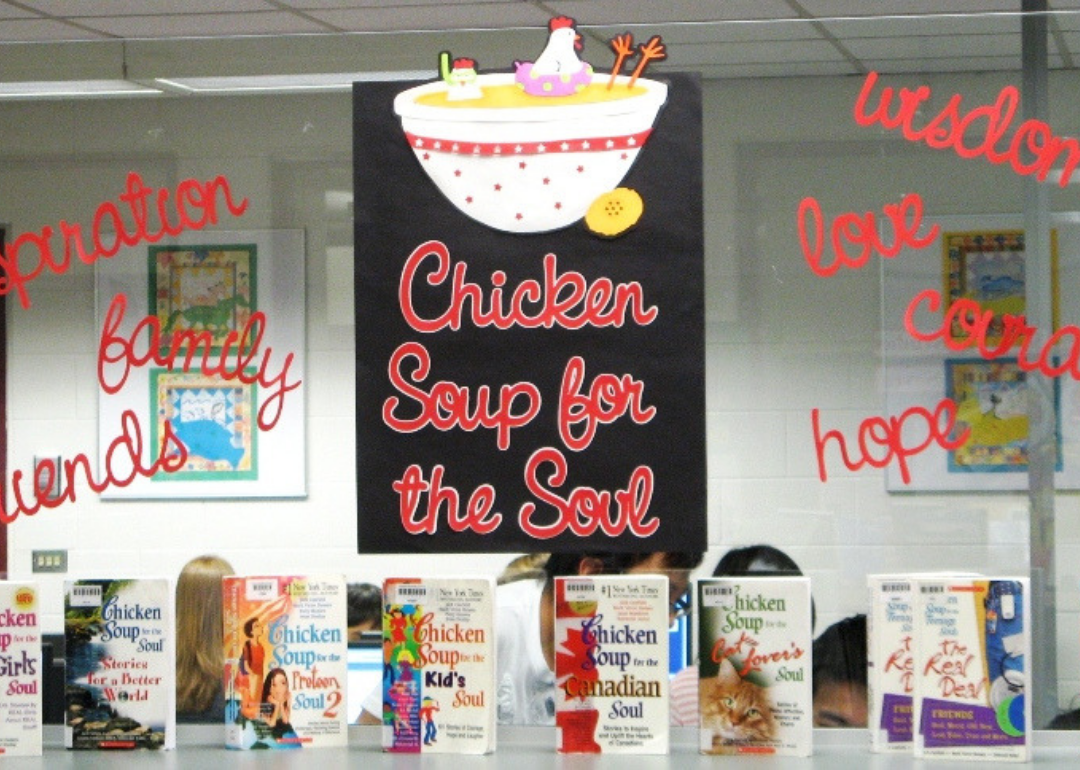 #20. Chicken Soup for the Soul

The inspirational heartwarming life lessons of this series have made Chicken Soup for the Soul an often-used household phrase. The single book introduced in 1997 gave rise to television shows and licensed products from podcasts to pet food. 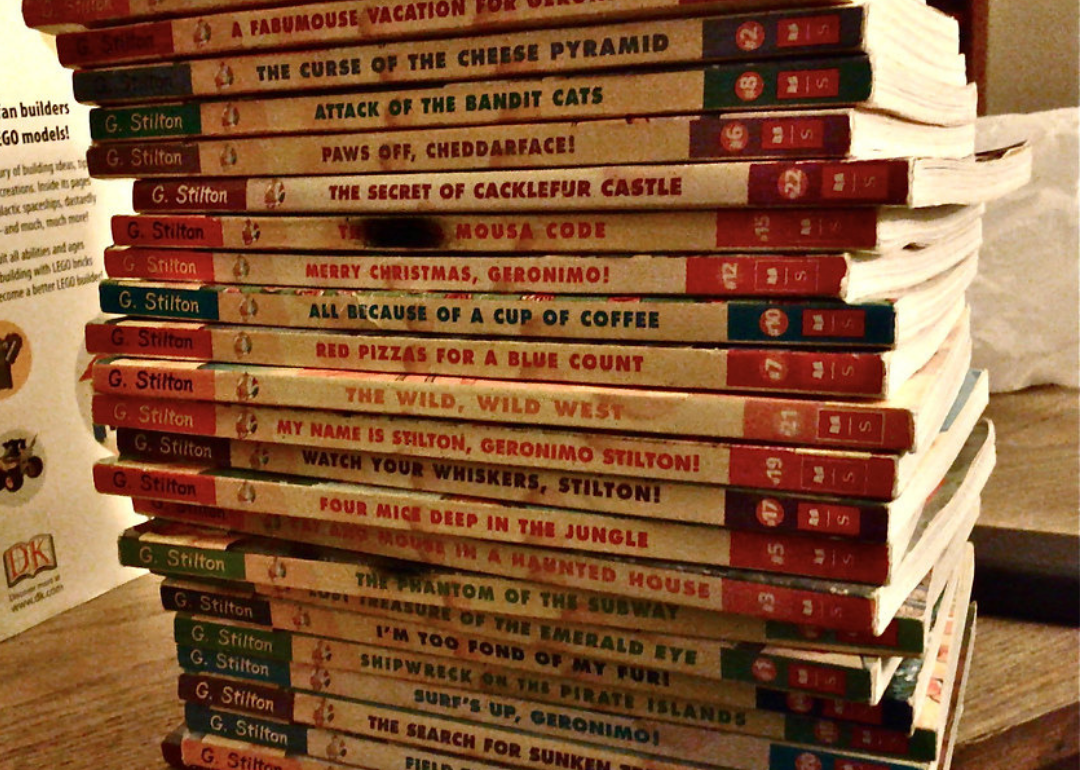 The adventures of monocle-wearing mouse Geronimo Stilton, the editor of The Rodent's Gazette, have traveled from Italy to win a global following. The series features such characters as Creepella Von Cacklefur and Petunia Pretty Paws who are drawn into such adventures as "The Stinky Cheese Vacation" and "The Curse of the Cheese Pyramid."﻿ 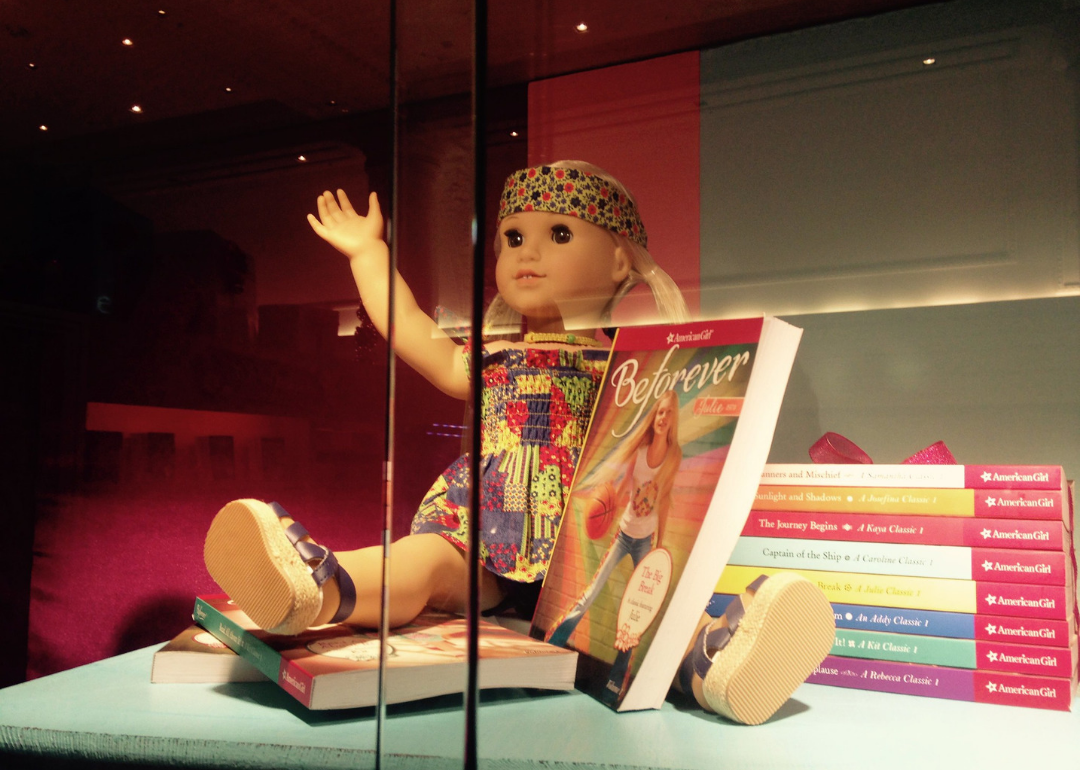 Based on the sought-after dolls, the American Girl books tell stories of adventure, friendship, and courage set in historical and modern times. American Girl retail stores across the United States offer tea parties, etiquette classes, and hair salons for girls and their dolls—over 32 million of which have been sold. 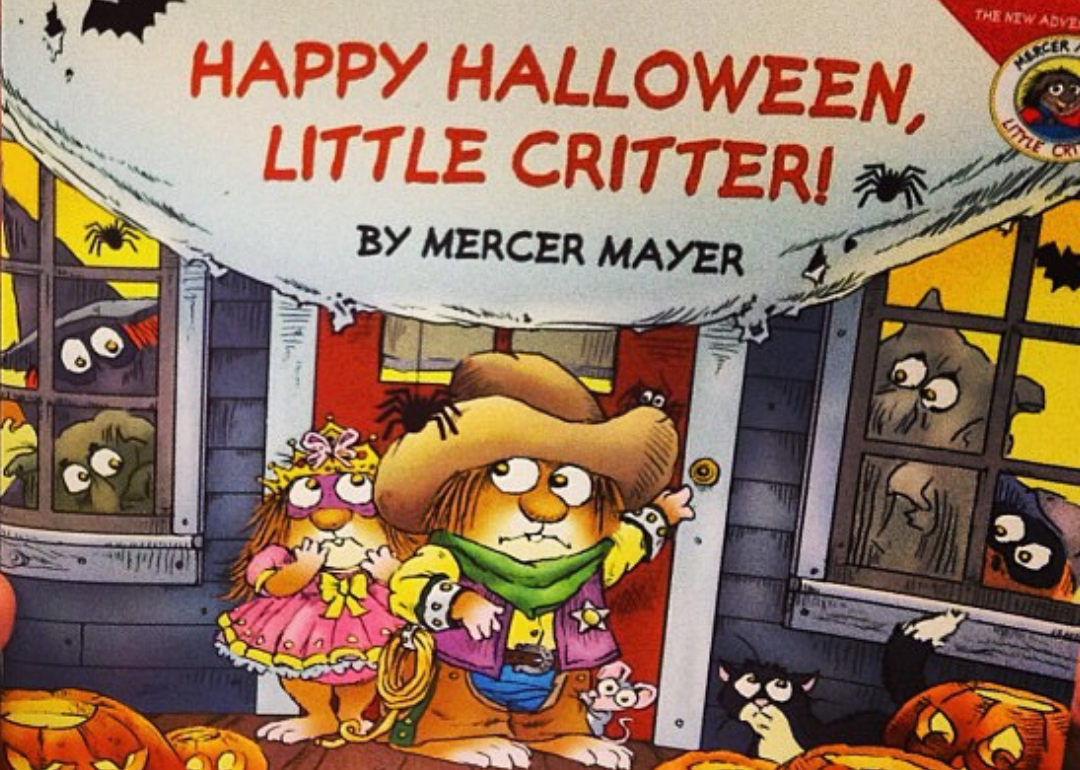 The Little Critter books star a wide-eyed, furry creature in overalls. He lives in Critterville, where he and his friends go to school, play baseball, and ride their bicycles. The characters appear in coloring books, games, animated shows, and a line of clothing. 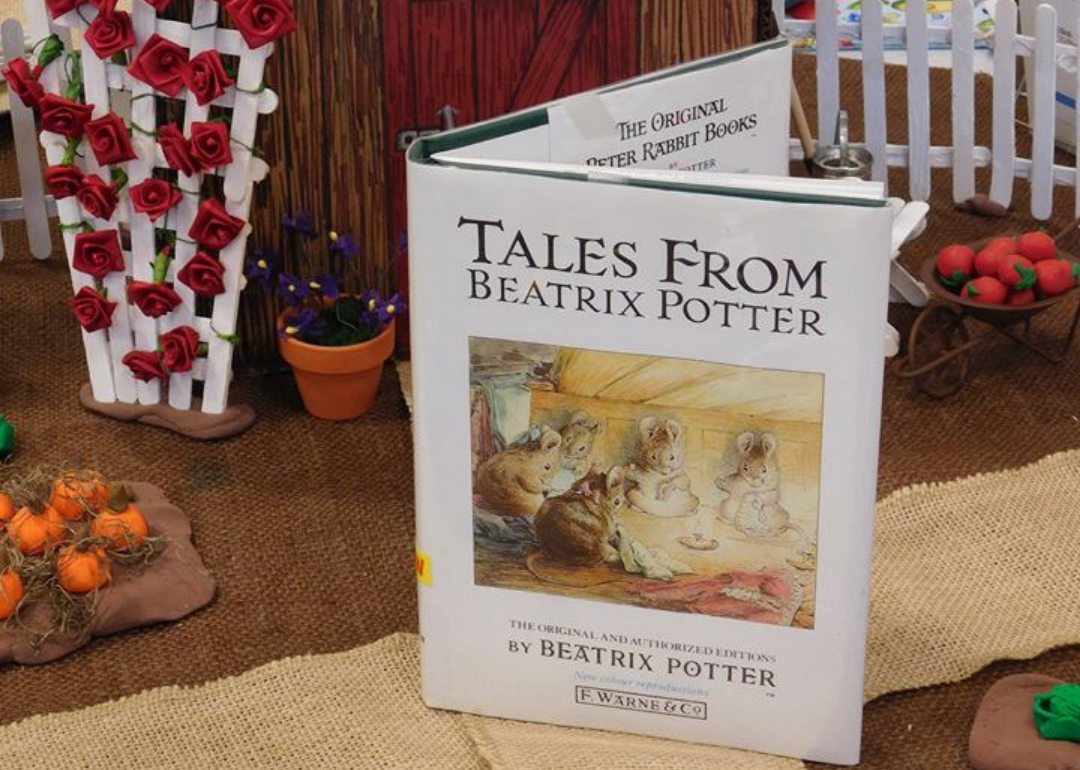 The delicate and charming tales by Beatrix Potter star Peter Cottontail and are based on an illustrated letter the author sent to a sick young friend. They grew to include such well-known characters as Jeminah Puddle-Duck, Mrs. Tiggy-Winkle, and Tom Kitten. Potter created the first Peter Rabbit doll in 1903, making him the world's oldest licensed literary character. 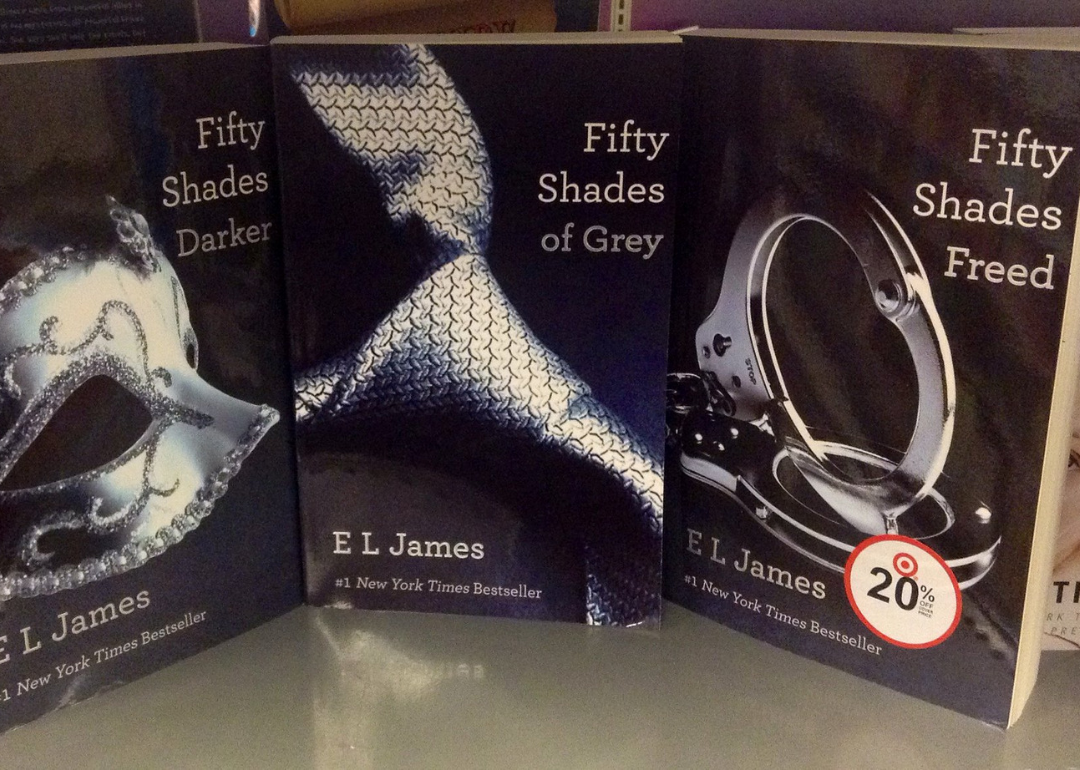 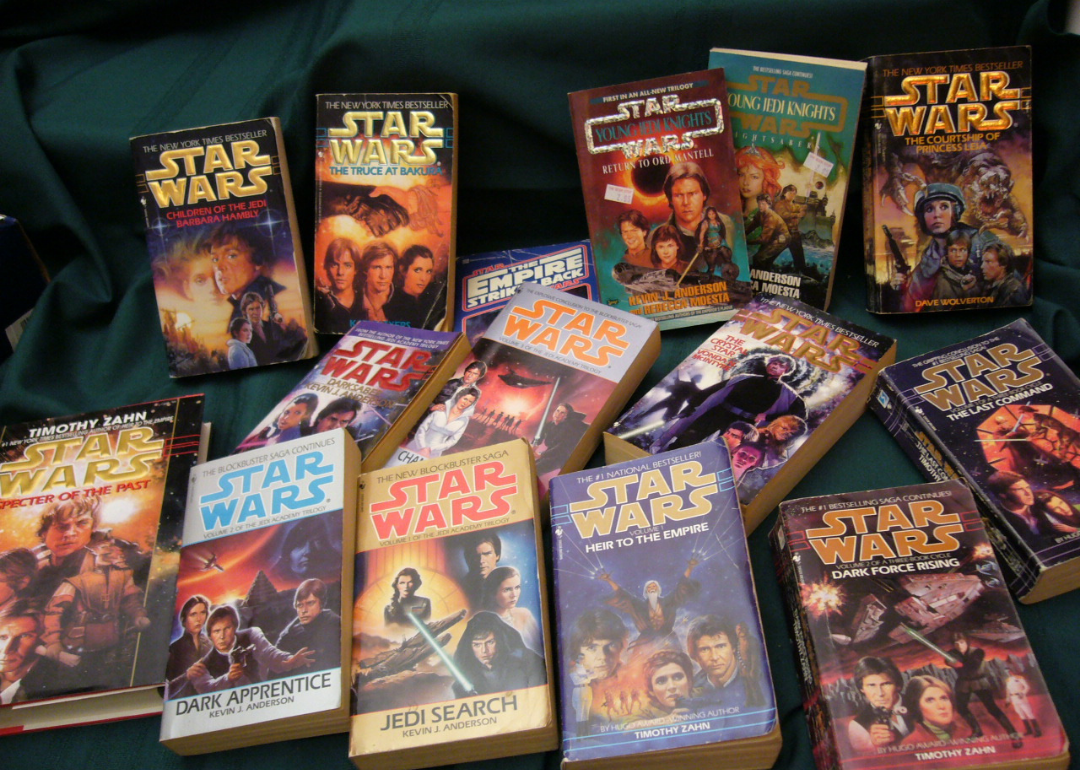 Based on the megahit movies, the Star Wars books feature Han Solo, Luke Skywalker, Princess Leia, and Darth Vader on their galactic journeys. Readers are also introduced to a cast of new characters with fresh tales of treachery, betrayal, love, and noble courage. 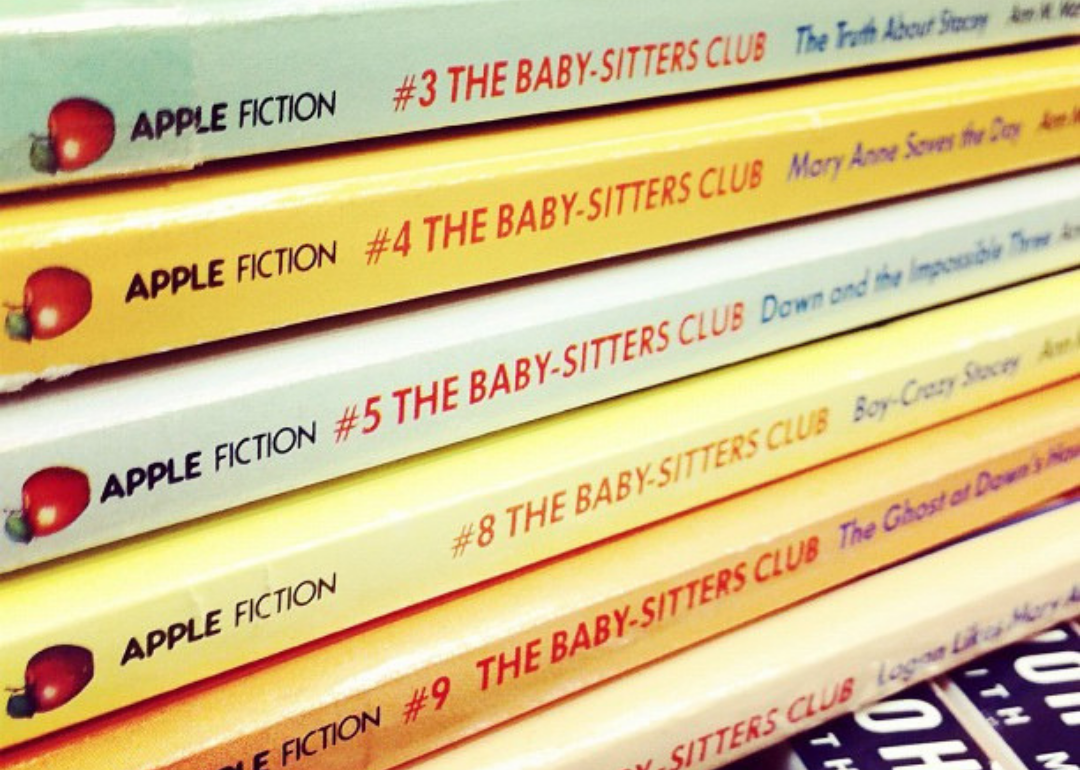 The Baby-Sitters Club books center on a group of girls who formed a club for their babysitting business. The plots take the girls through issues of friendship, boyfriends, parents, and more serious topics of illness and loss as they grow up. 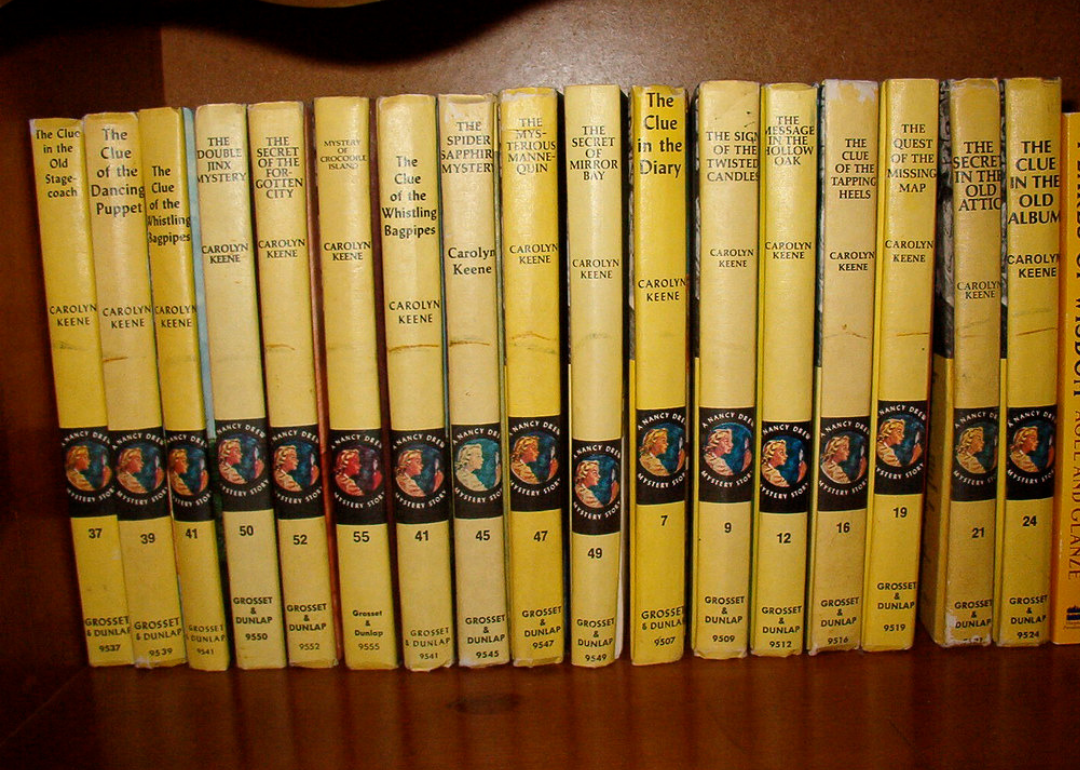 Teenage sleuth Nancy Drew inspired generations of girls, among them Supreme Court justices Sonia Sotomayor and Sandra Day O'Connor, and former Secretary of State Hillary Clinton. Driving in her blue roadster, the smart detective solved mysteries and chased criminals with curiosity and perseverance. Carolyn Keene was a pen name used by several authors, the first of whom was Mildred Wirt Benson, who wrote 23 of the original 30 books. 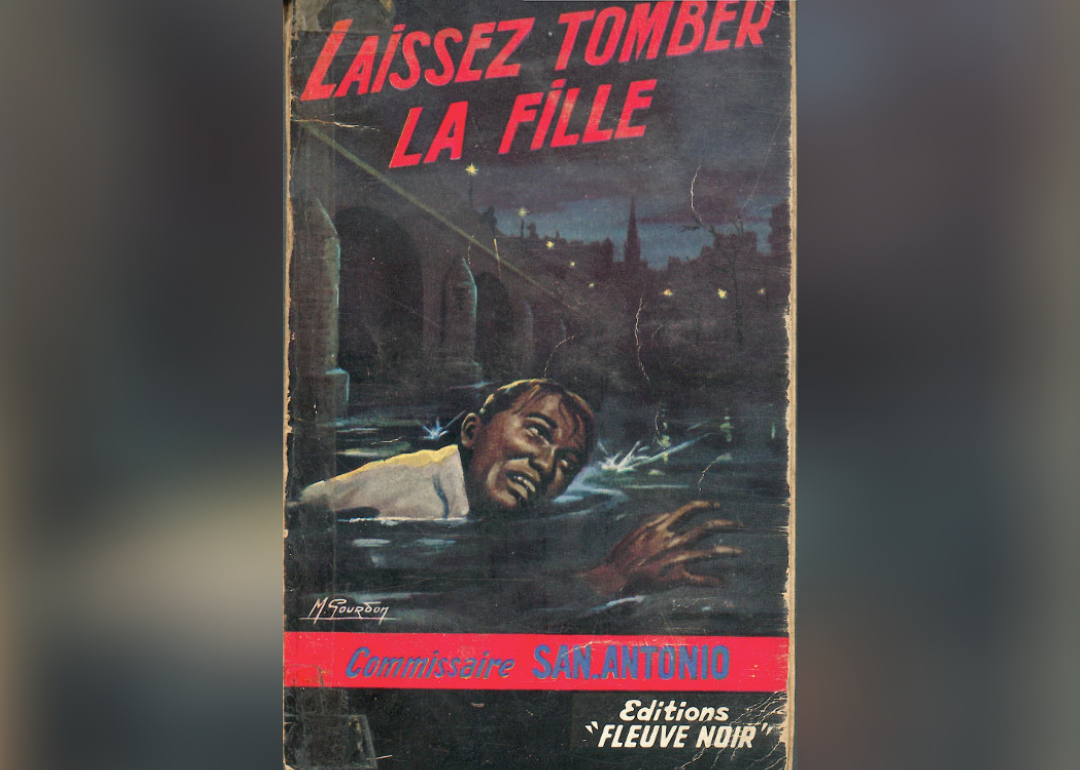 Police officer San Antonio and his sidekick Inspector Berurier were the creation of French detective writer Frédéric Dard. The author reportedly chose the lead character's name from cities on a map of the United States. The books are heralded for the use of language by Dard, who at times would invent words of his own. 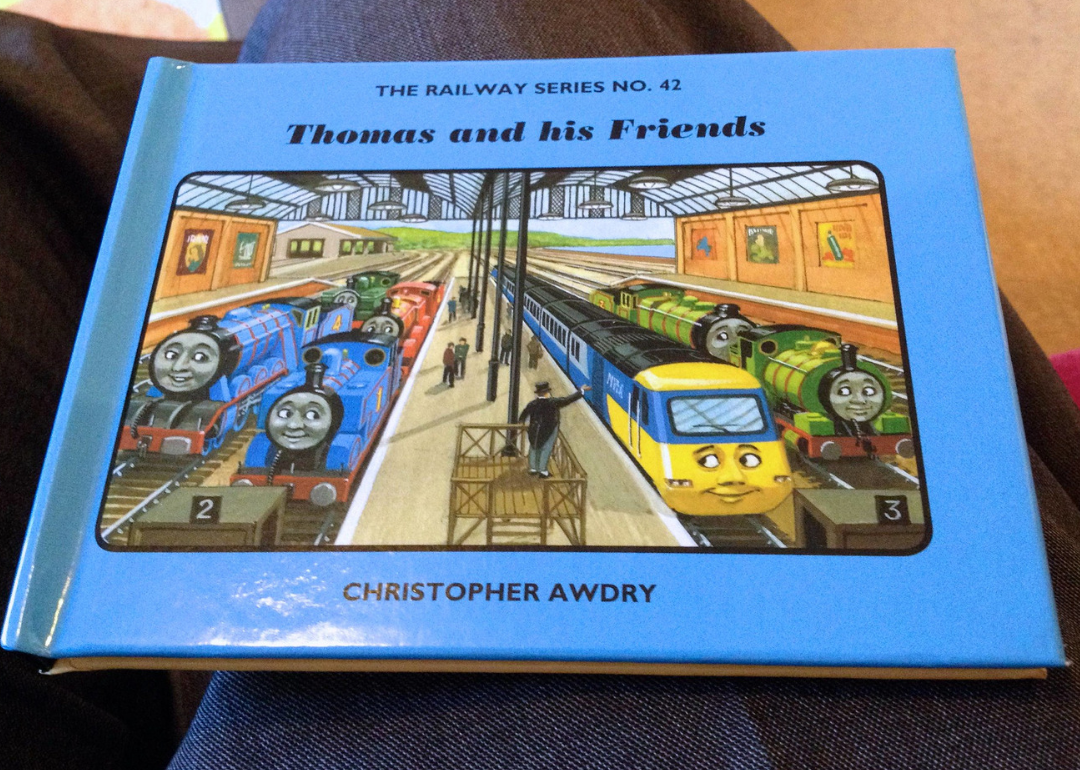 The Railway Series was created by a country vicar to entertain his young son stricken with measles. The stories featuring engines named Thomas, Gordon, Percy, and their friends grew into a British and American television series. One of its best known narrators was the former Beatle Ringo Starr. 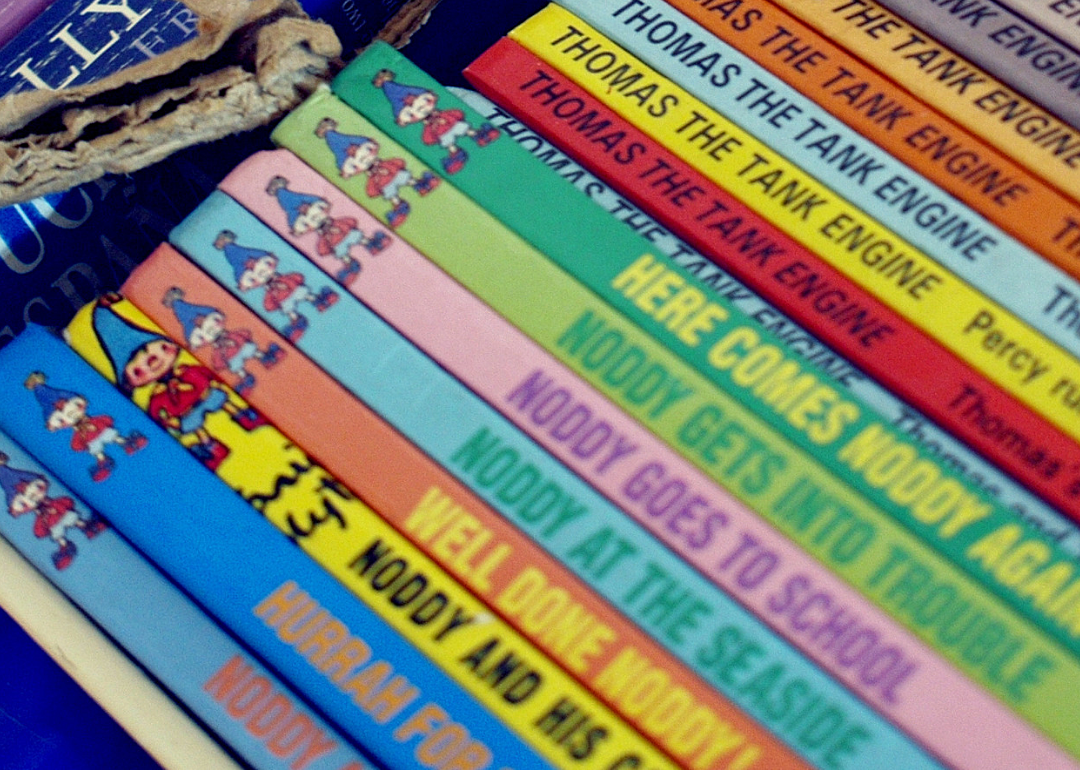 Noddy, an elfin creature with big ears and a nodding head, lives in Toyland, where he has two boiled eggs before breakfast and a cup of hot cocoa before bed. The books have survived for decades, but not without controversy. The character Gilbert the Golliwog was dropped amid charges of racism, Miss Rap who spanked naughty children was replaced by a kinder schoolmistress, and references to having "gay times in the woods" and "coming over all queer" when not feeling well have been changed. 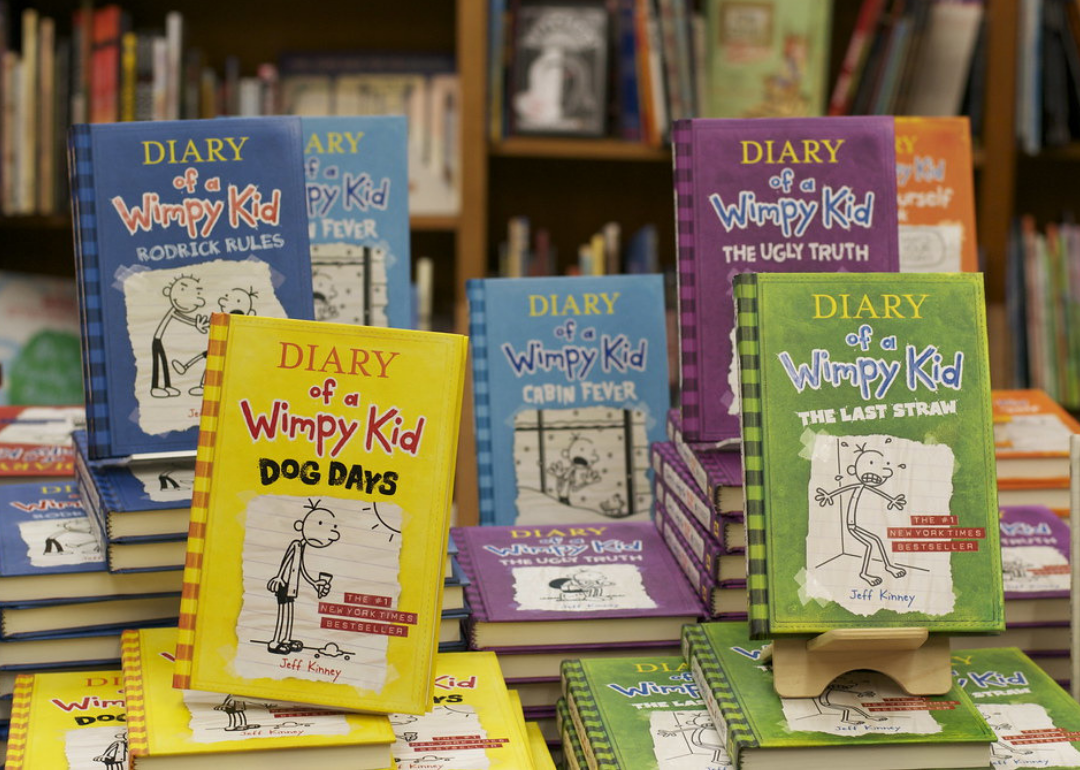 The Diary of a Wimpy Kid series portrays a boy named Greg Heffleyand the drama of life in middle school. The books’ author opened a bookstore and café called An Unlikely Story in Plainville, Mass., which tries to keep enough signed copies of the books in stock for fans. 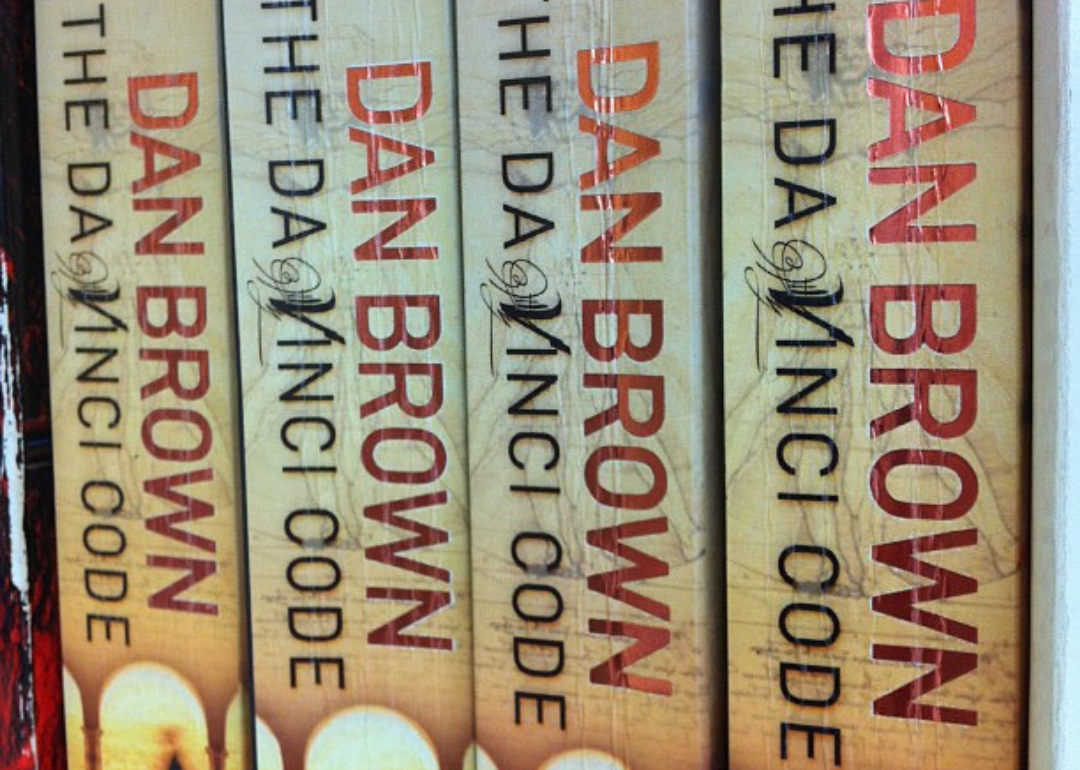 Fictional renowned professor Robert Langdon burst on the book scene in the blockbuster hits “Angels & Demons” and “The Da Vinci Code.” His skills at solving baffling riddles and ancient secrets pull together themes of history, art, religion, science, and semiotics. 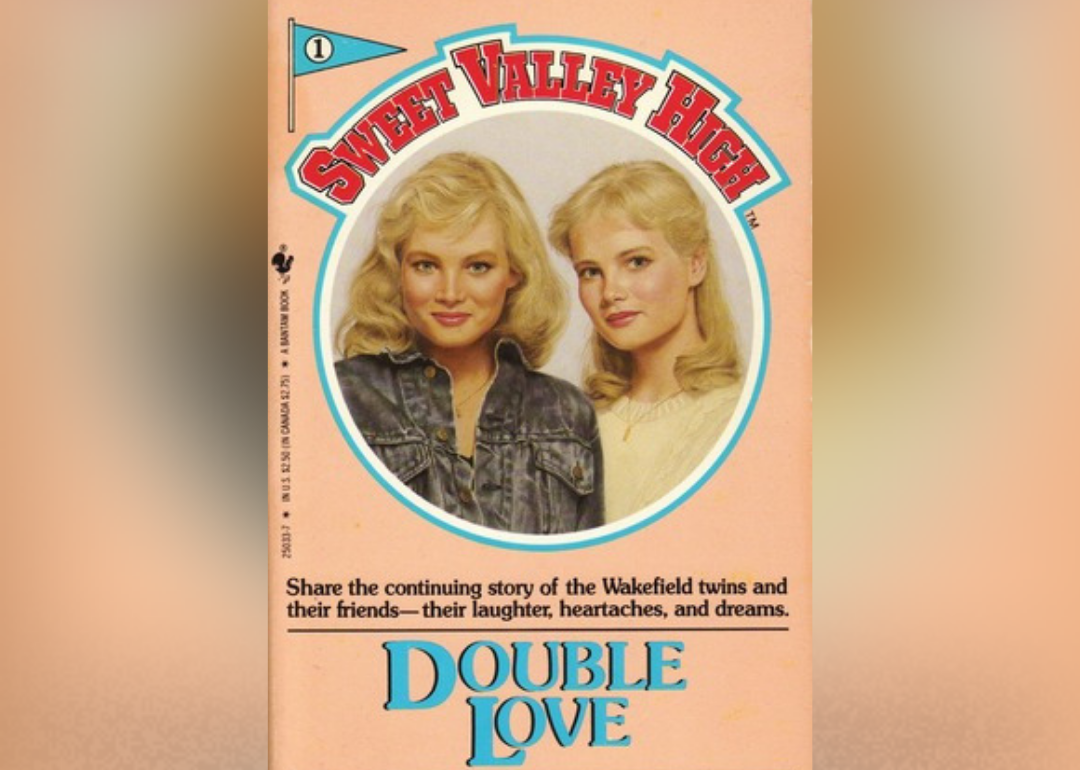 In the world of Sweet Valley High, girls have perfect tans and boys drive fast cars under the blazing California sun. The cliques of friends grapple with popularity, looks, social status, and other issues of teenage angst. 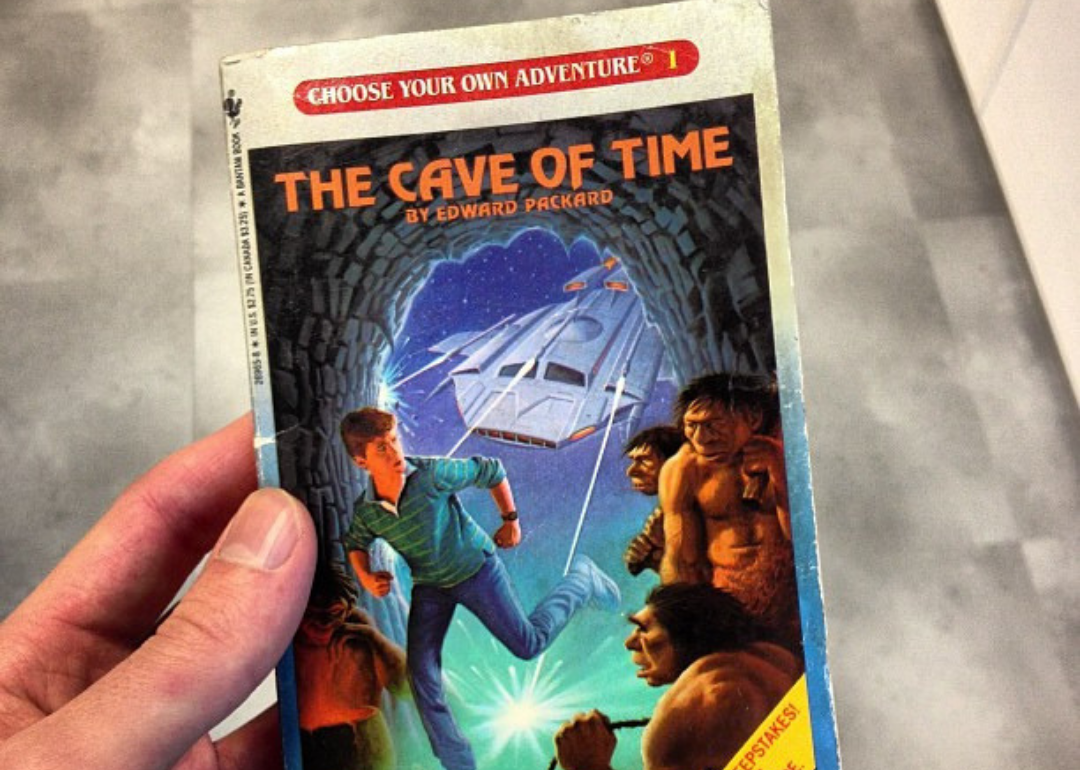 #5. Choose Your Own Adventure

The Choose Your Own Adventure interactive gamebooks, set in locations from outer space to under the sea, invite readers to make choices that set the direction of the story and its conclusion. The earliest books had almost 40 possible endings. Rooted in game theory and role-playing simulations, the best-sellers have influenced video games and teaching methods 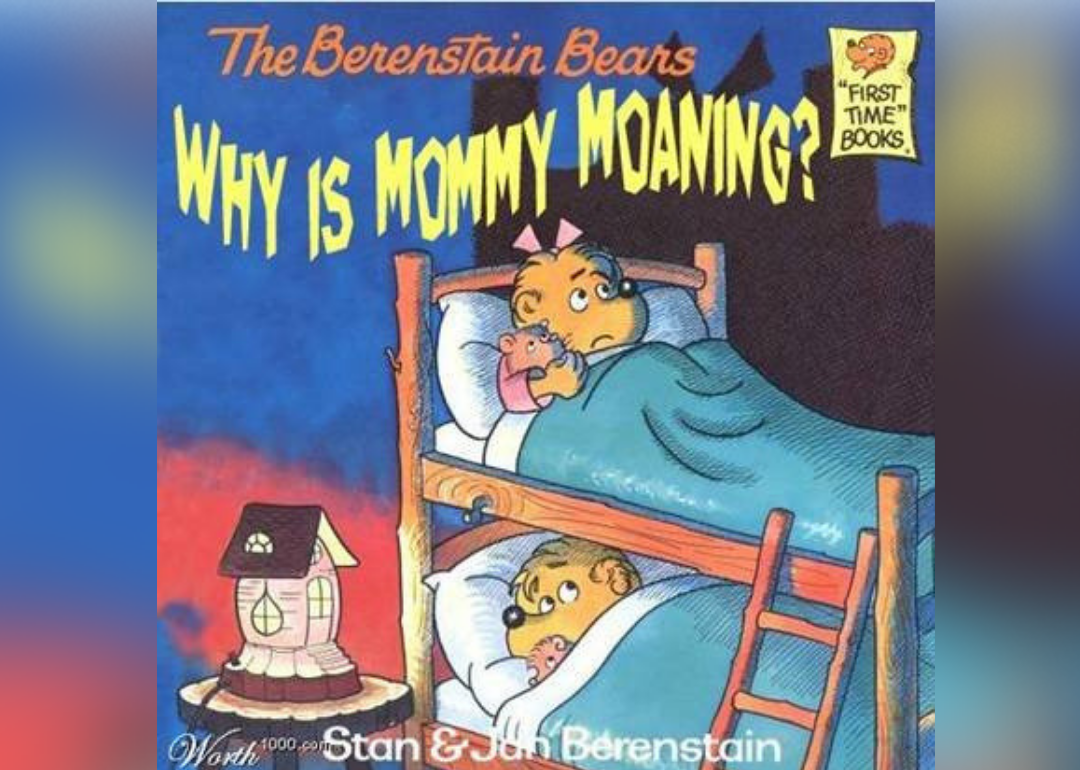 Stan and Jan Berenstain began their careers as magazine cartoonists. When both their sons became big fans of the Dr. Seuss books, the couple created a children's book of their own. The Berenstain Bears live in a big treehouse and impart lessons about responsibility, respect, family, and learning right from wrong. 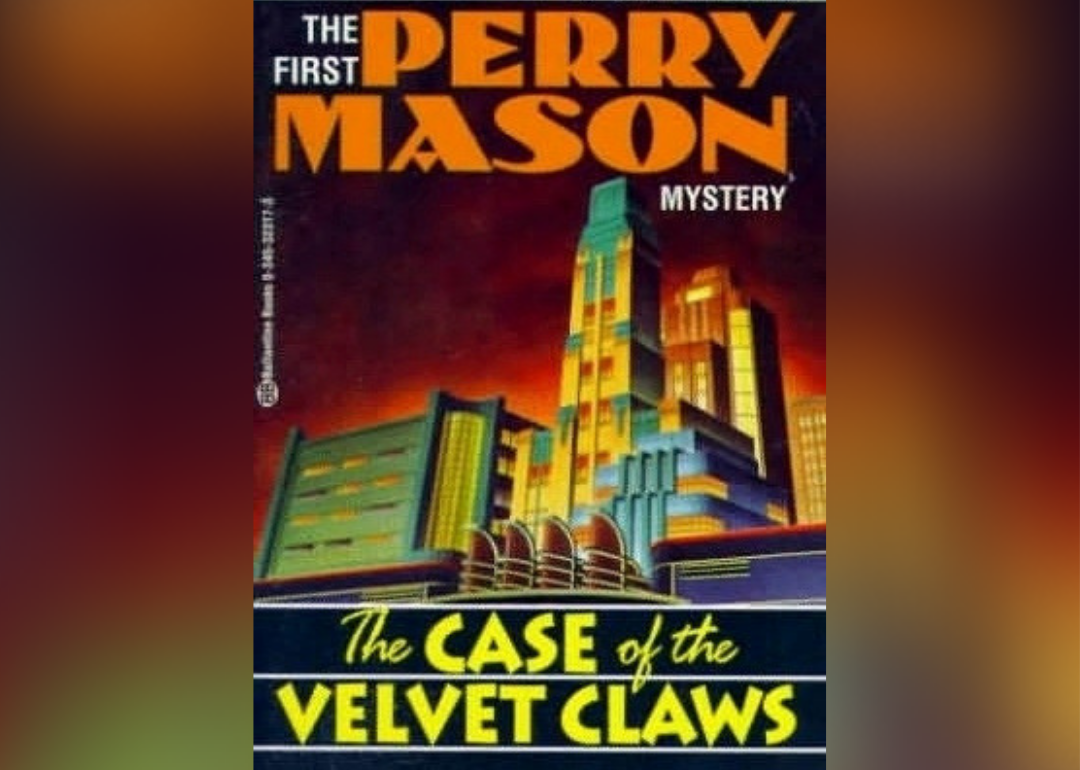 The public first met Perry Mason solving crime in “The Case of the Velvet Claws” in 1933. The popular books portray the lawyer, his secretary Della Street, and detective Paul Drake as they unravel mysteries to find their clients innocent. Perry Mason was featured in six movies and a hugely popular television series with Raymond Burr that aired for nine years. 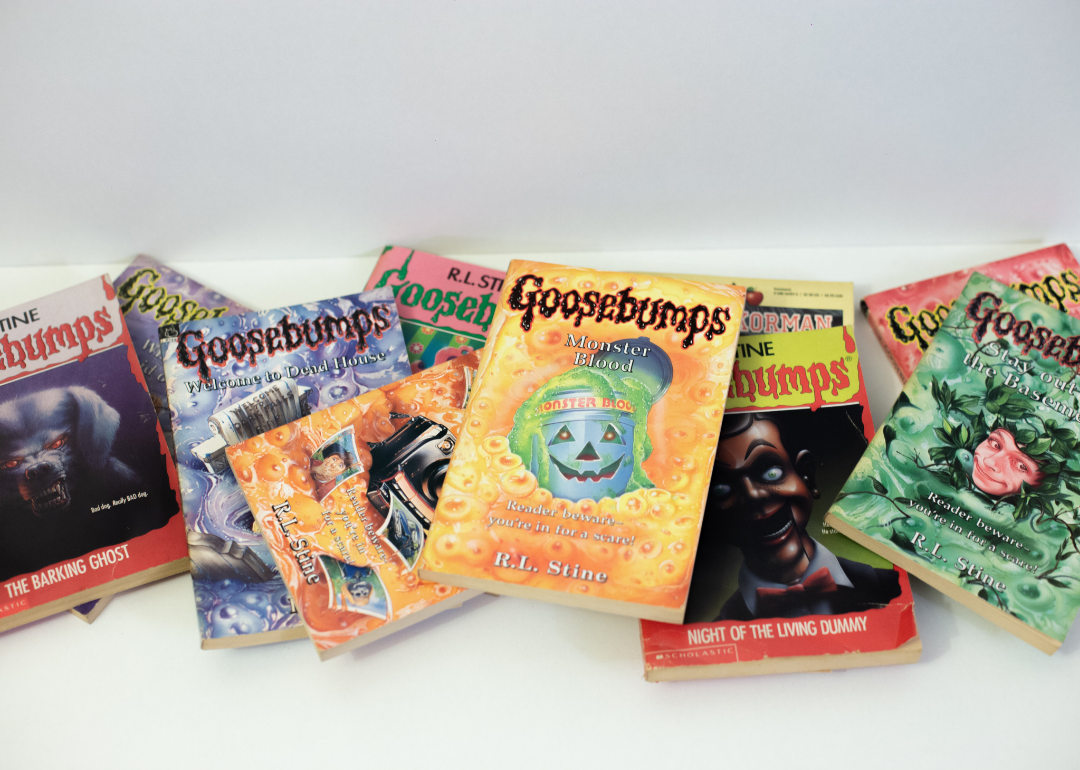 The imaginative “Goosebumps” books promise fright and fun as characters fend off mad scientists, mummies, monsters, ghosts, and killer snowmen. Fans love to debate which of the books, with titles like “It Came From Beneath the Sink! and “Stay Out of the Basement,” was the scariest. 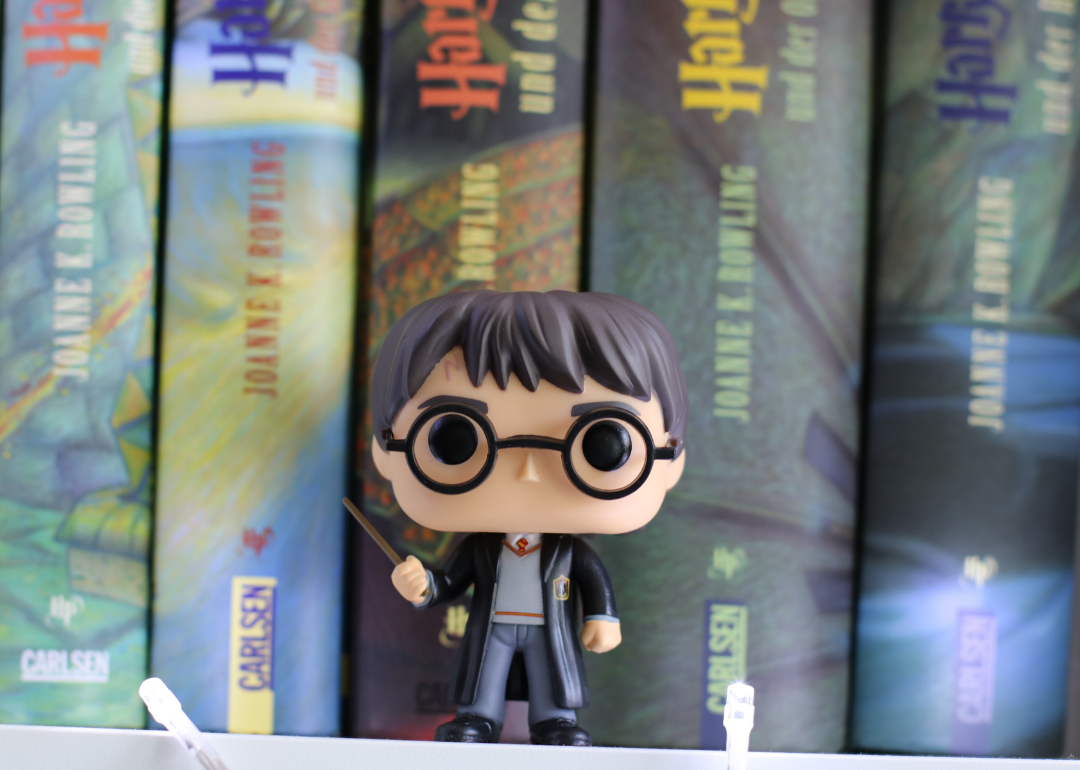 The fantasy world of Harry Potter and his friends revolutionized children's literature. Kids clamored to read about the wizardry and witchcraft, and fans lined up for hours to purchase each new installment. Author J. K. Rowling began writing “Harry Potter” as a single mother on benefits in Scottish coffee shops that were warmer than her chilly apartment.