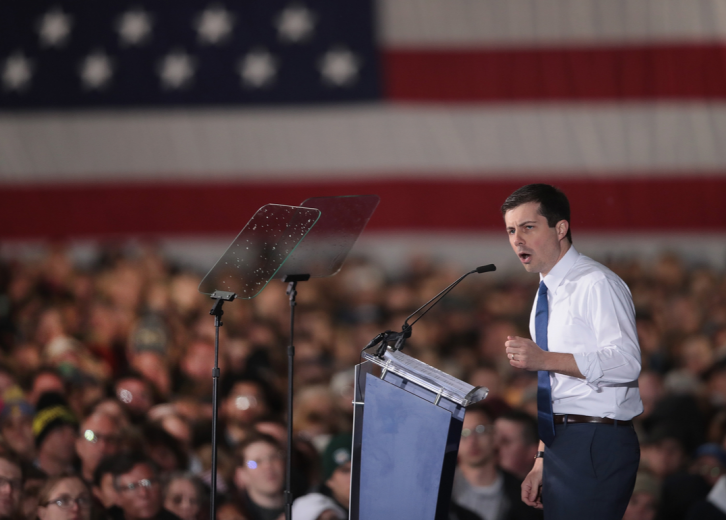 Presidential candidates spending the most on their campaigns

Presidential campaigns are expensive. From buying ads to maintaining payroll to the paradoxical expenditure that is fundraising itself, millions and millions of dollars go into the race to the White House.

The 2020 presidential field is no exception. With an unprecedented number of candidates vying for the chance to take on President Trump—in some cases, from his own party—2020 contenders are raking in historic amounts of cash. Updated fundraising reports of the 2020 cycle (books closed Sept. 30 and reports were filed by Oct. 15, 2019) reveal candidates raised $621.3 million so far, with super PACs supporting those campaigns raising $59.9 million.

Money is pouring out of the coffers as quickly as it's coming in—and, oftentimes, even faster. Of course, some candidates spend more than others. From front-runners polling in double digits like senators Bernie Sanders and Elizabeth Warren to the middle and lower-tier candidates struggling to climb out of the single digits and become household names, tens of millions of dollars are being spent. Using data from the Center for Responsive Politics' OpenSecrets website and the Federal Election Commission, Stacker curated a gallery of 2020 presidential candidates spending the most money on their campaigns. The amounts are ranked by the total dollars spent in the third quarter by the candidate’s campaign itself and by outside groups.

One candidate—Mark Sanford (R)—did not have spending information available, as he entered the race recently or has not raised sufficient funds. Keep reading to see where your favorite candidate stands in terms of fundraising.

You may also like: Presidential candidates raising the most for their campaigns 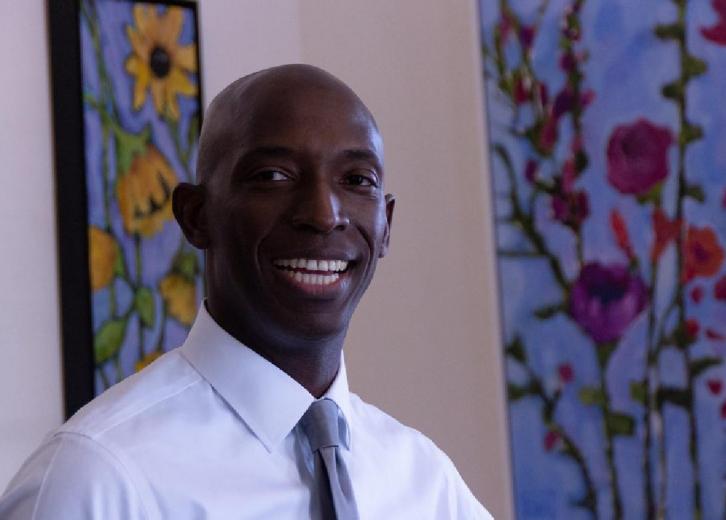 Miramar, Fla., Mayor Wayne Messam has had a bumpy candidacy since beginning his presidential run in March 2019, including recent reports that show just $5 in third-quarter earnings. Messam's only expenditures have been for operating costs ($23,446.66) and fundraising ($39,219.57). 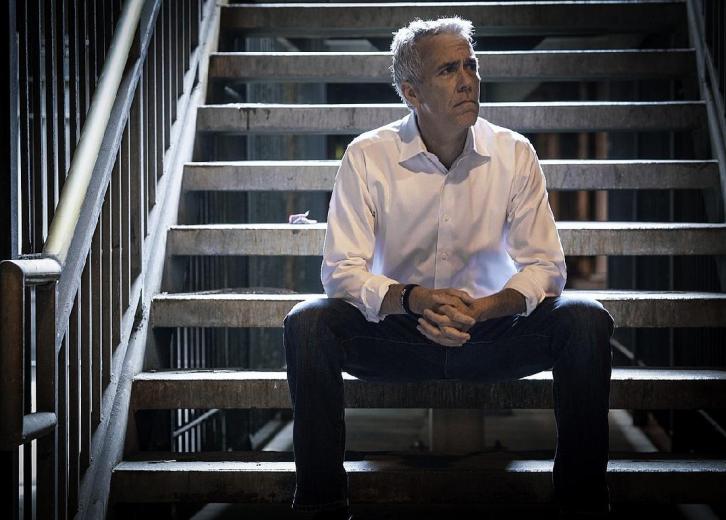 Joe Walsh's campaign is struggling with fundraising; Republican strategist Aaron Del Mar said the candidate needs almost $9 million more just to maintain relevancy in the election, according to reporting from the Daily Herald. Without a lot of money being raised, Walsh has found another way to reach voters: through TV appearances on major networks. 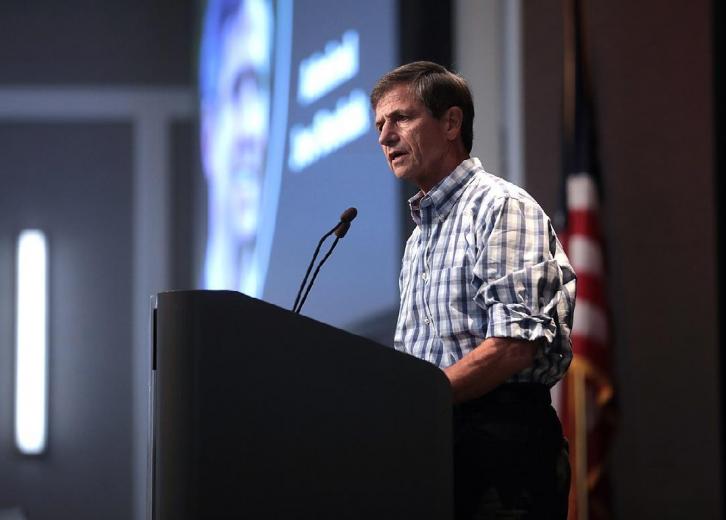 Former Pennsylvania Congressman Joe Sestak joined the presidential race in June 2019. Sestak's first ad began airing on television in New Hampshire Oct. 13, the same month he kicked off a walk across the state reminiscent of his trek across Pennsylvania in a failed Senate bid. 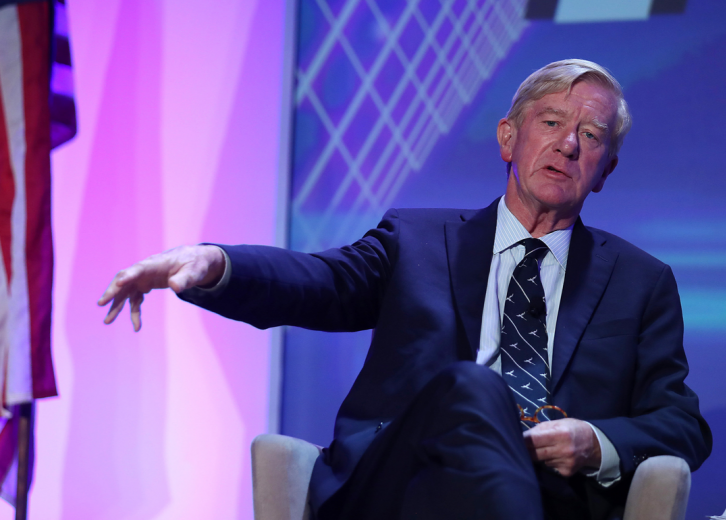 Former Massachusetts Gov. Bill Weld is one of the only Republicans challenging President Trump for the nomination. He is progressive when it comes to immigration, advocates joining the Paris Climate Accords, is pro-choice, and generally supportive of the LGBTQ+ community. Other key areas in which Weld differs from the typical conservative base include gun control and marijuana legalization. 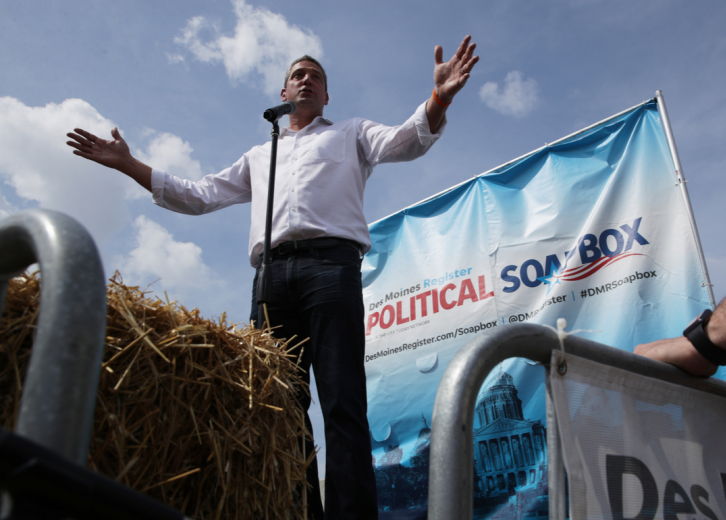 Ohio Rep. Tim Ryan, whose most notable slogan has been, “You don’t have to yell”—a chastisement delivered to Sen. Bernie Sanders in one of the Democratic debates—is running on a platform highlighting labor and work reform, boosting the middle class, and veterans affairs. Though he voted more than a decade ago for the building of border fences, Ryan is a proponent of creating a long-term solution for those affected by DACA. Ryan is another supporter of marijuana legalization, wants to simplify the tax code, and wishes to reduce mandatory minimum sentencing. 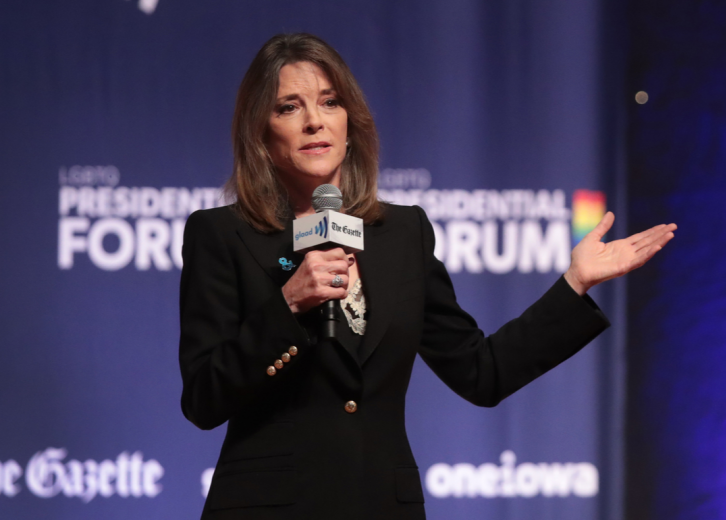 Among self-help guru Marianne Williamson’s most generous donors are the liberal-minded University of California, Unplug Meditation, and the aptly-named Lead With Love. Williamson raised $3 million in the third quarter of 2019—double that of the quarter previous and bringing her total for the year to $6.1 million. Despite not wanting to be billed as the “New Age” candidate, Williamson’s campaign has used funding infusions to hire staff members who have experience working for spiritual causes and New Age movements, according to reporting from Slate. 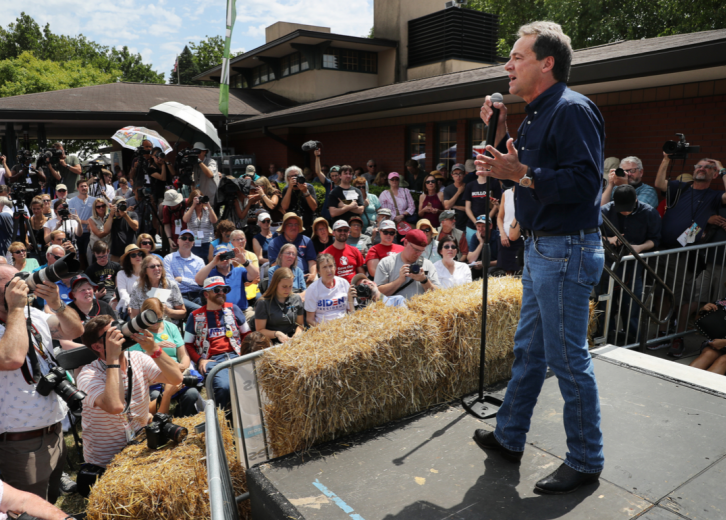 It’s fair to say Montana Gov. Steve Bullock knows how to make lemonade from lemons. After failing to meet the polling threshold for the June 2019 Democratic debate, Bullock bought ads blasting the DNC for not including him. With the Iowa Caucuses fast approching, the candidate in October 2019 scheduled a speaking engagement at the Council Bluffs Public Library in Iowa. Bullock is the last Democratic governor in race for president, following the withdrawals of Jay Inslee and John Hickenlooper. 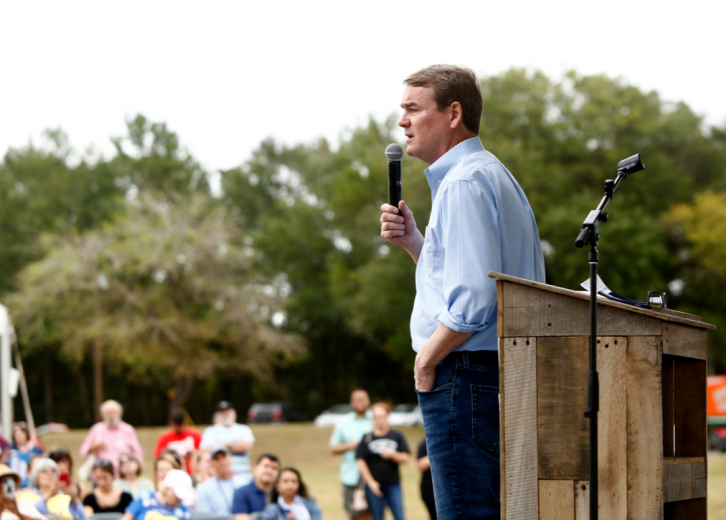 Michael Bennet's campaign spent $1 million to broadcast ads in Iowa, trying to bounce back from trailing poll numbers in the nation’s first primary state. The candidate in October 2019 rolled out a plan to take on the U.S. housing shortage by investing in new, affordable housing across the country while growing housing assistance opportunities. 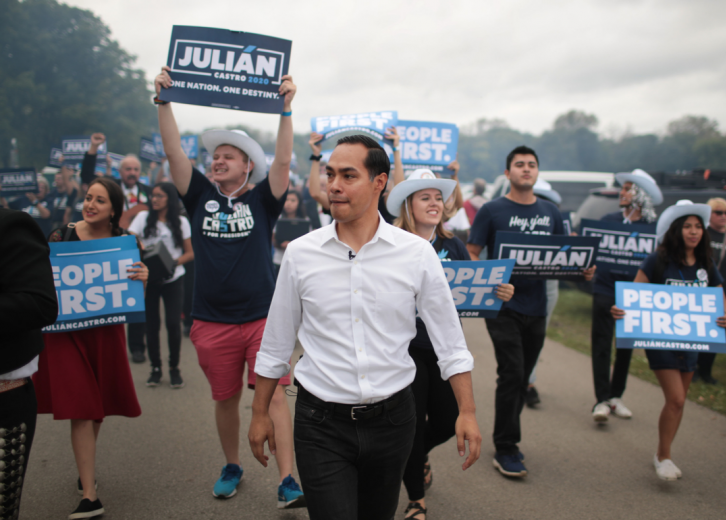 Julián Castro is the former Housing and Urban Development secretary and mayor of San Antonio. A proponent of overhauling healthcare and immigration (Castro was the first nominee to detail an immigration plan to benefit Dreamers), he also said he wants to use his experience creating sustainable energy plans in San Antonio to attack the climate crisis and rejoin the Paris Accords. 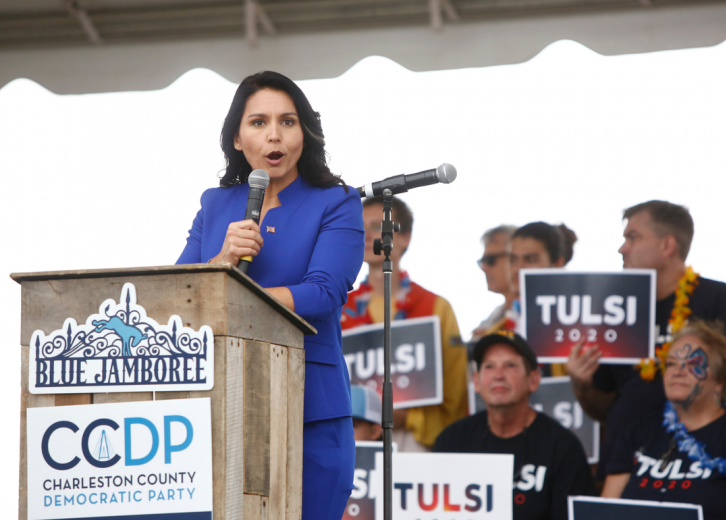 Congresswoman Tulsi Gabbard is an Iraq War veteran who is now anti-war and anti-interventionist. In addition to vehemently opposing the defense budget—she called for wasted trillions to be directed toward “domestic needs like health, education, [and] infrastructure”—Gabbard said she plans to address campaign finance reform, wealth inequality, and access to affordable healthcare. 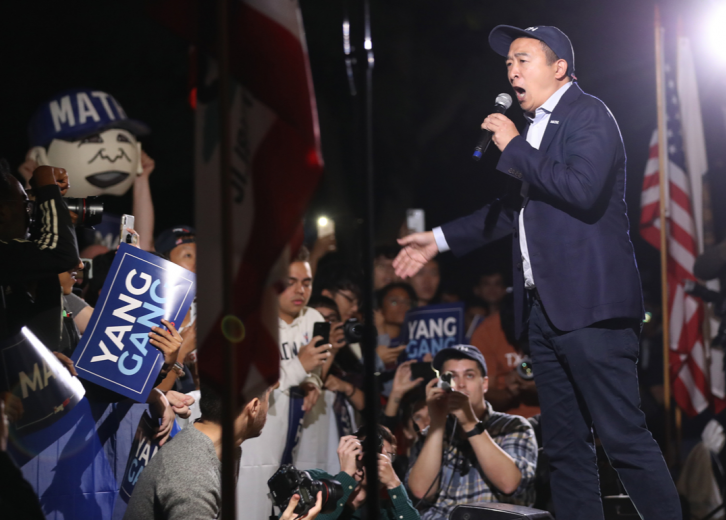 Entrepreneur Andrew Yang distinguished himself with the proposal of a universal basic income under his Freedom Dividend, which would provide $1,000 per month to every adult. Yang wants to increase funding for Customs and Border patrol, though he ardently supports the DREAM Act, in addition to his 18-year plan for citizenship. 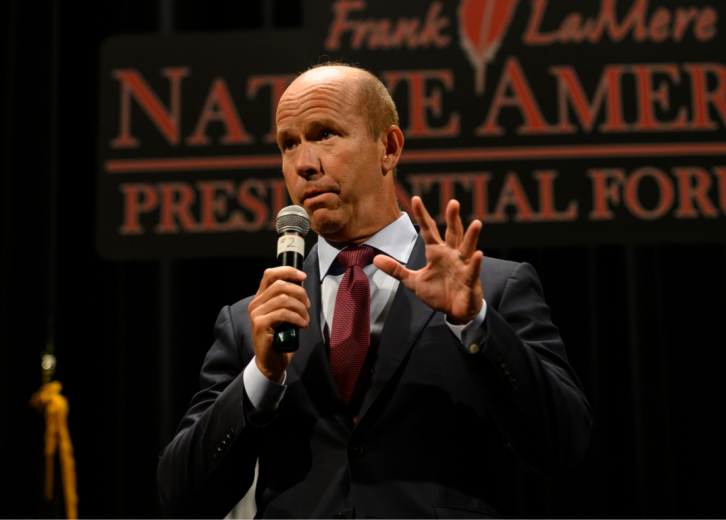 John Delaney, the former Maryland Congressman whose impressive physical characteristics made headlines, has a campaign platform focused on aggressive climate action and job growth generated by entrepreneurship and small businesses. He also wants to increase the number of settlement camps for refugees, expand background checks for gun buyers, and re-establish government funding for abortions. 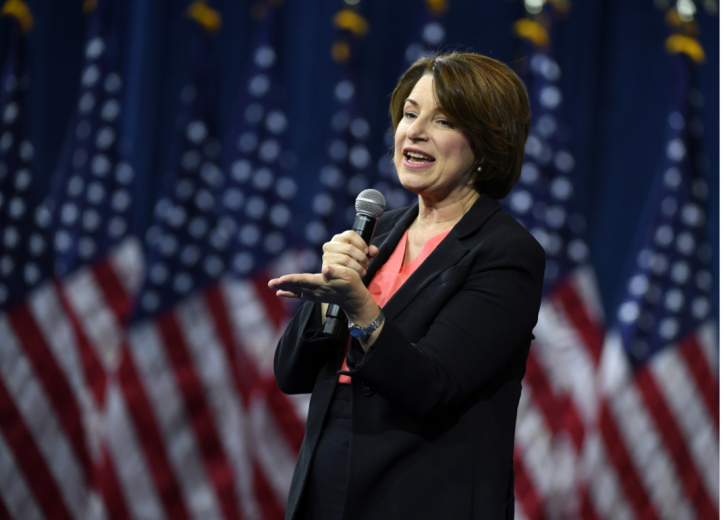 Minnesota Sen. Amy Klobuchar’s platform is highlighting by free trade, healthcare, and agriculture. She’s defended farmers who have suffered from Chinese tariffs brought about in response to the Trump Administration. Regarding healthcare, Klobuchar supports a public option and lower costs of prescription drugs. She has also she supports reforming ICE but not removing it entirely. 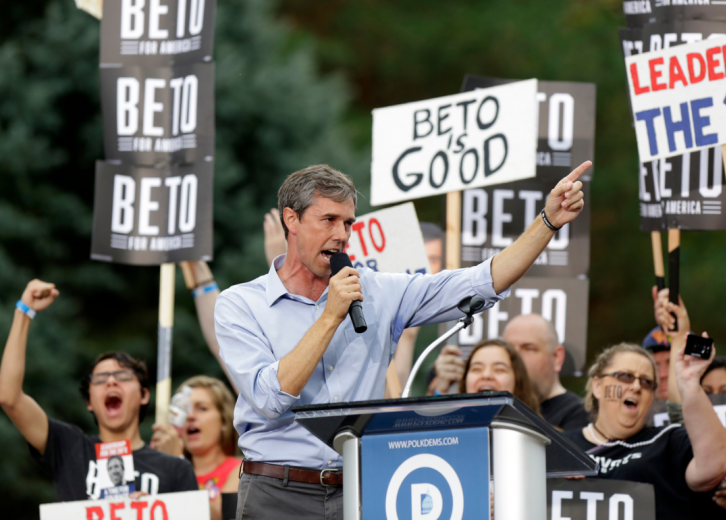 Former Texas representative Beto O’Rourke also supports a public option for healthcare and immigrants’ rights—extremely relevant to his El Paso community—calling for the teardown of existing border walls. Regarding guns, in the wake of the El Paso shooting, O’Rourke called for a ban on AR-15s and unveiled a plan for mandatory confiscation of existing assault rifles through a buyback. He also supports criminal justice reform—in particular, the federal suspension of the death penalty. 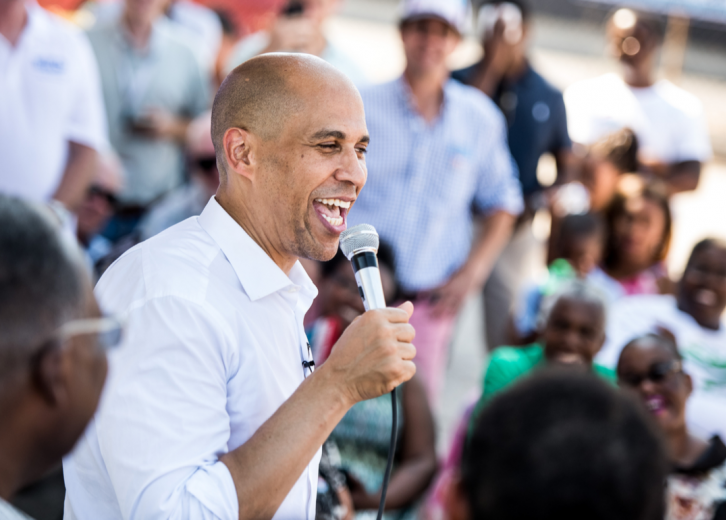 Cory Booker, a New Jersey senator and Newark's former mayor, has run on a platform of national unity in response to Trump’s presidency. In addition to detailing a $3 trillion climate initiative, Booker is a proponent of eliminating college debt and reforming both the immigration and criminal justice systems in America. The Washington Post’s latest polling data from October 2019 shows Booker slipped from fifth to sixth place in the Democratic field; a blow softened by the fact that his campaign managed to raise more than $6 million in the third quarter of 2019. 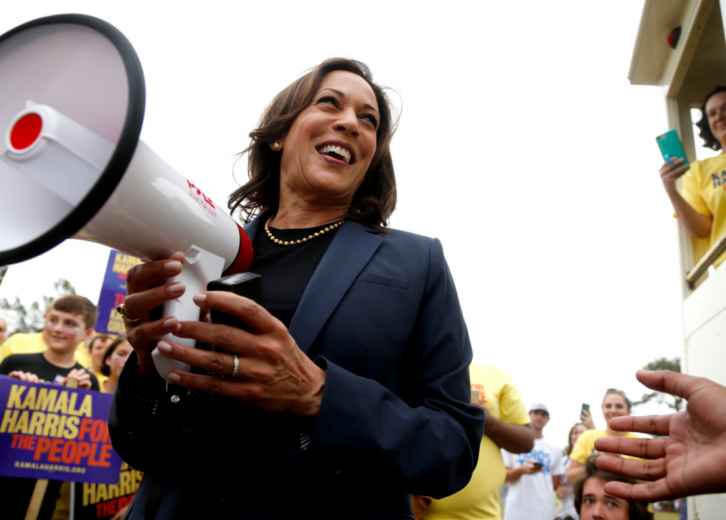 California Sen. Kamala Harris is a former attorney general who introduced the LIFT the Middle Class Act, which provides a refundable tax credit for middle-class families. She supports DACA and limiting ICE’s power, and is a staunch advocate of paid leave. She unveiled a sweeping family leave plan in October 2019 for up to six months for new parents. She has also stated her interest in ending U.S. involvement in Afghanistan and banning assault rifles. 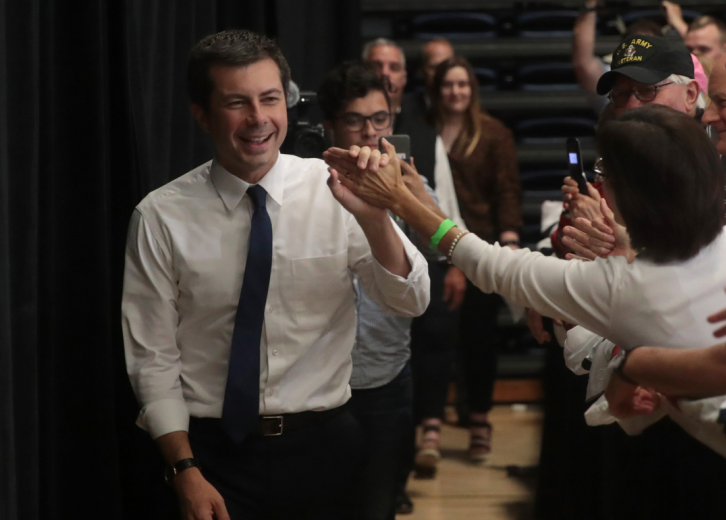 Proving the adage you have to spend money to make money, South Bend, Ind., Mayor Pete Buttigieg’s largest campaign expenditure has been fundraising. And the investment has paid off: Buttigieg’s fundraising prowess has matched those of top-polling candidates like Elizabeth Warren and Joe Biden. 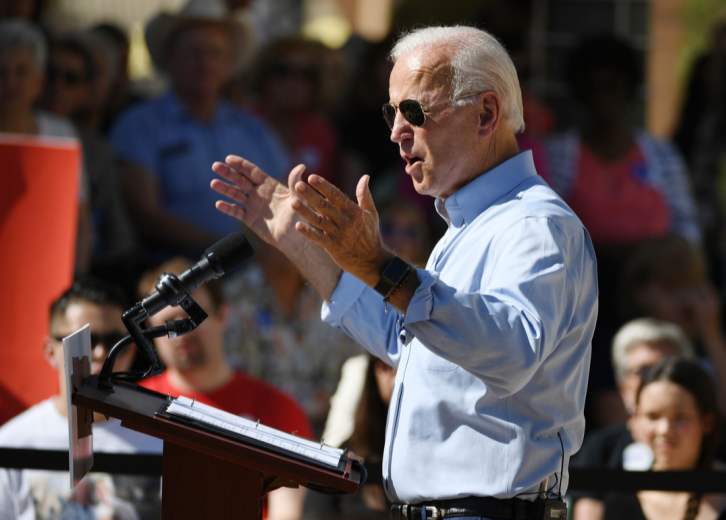 Joe Biden’s campaign isn’t saying how it’s spending its cash, but one thing’s for sure: His campaign wants to control the narrative of how he’s fundraising. The former vice president’s campaign has allegedly blocked lobbyists from approaching him at fundraisers to avoid the impression that Biden’s campaign is strictly for the elite. 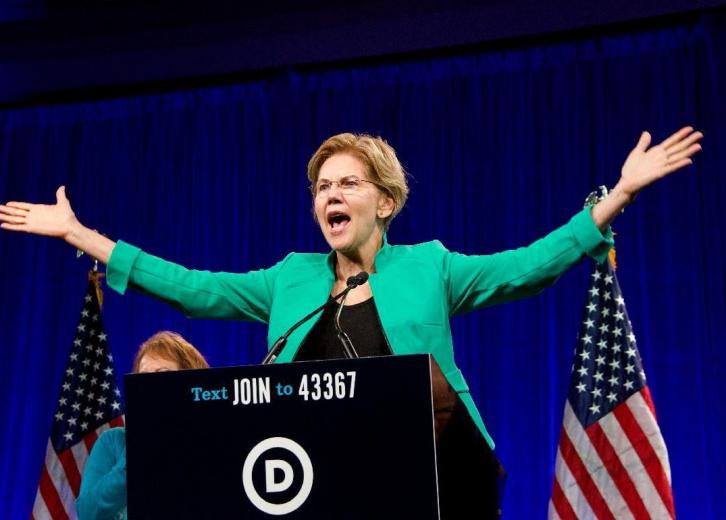 Known as a fighter for working families, Massachusetts Sen. Elizabeth Warren also wants to tackle affordable housing, address the opioid epidemic, and eliminate private insurance. She is a proponent of decriminalizing border crossings and wants to overhaul ICE. Warren is a massive supporter of the Green New Deal, and most recently rolled out her climate change proposal calling for zero-carbon buildings, vehicles, and electricity in the next 10 years. 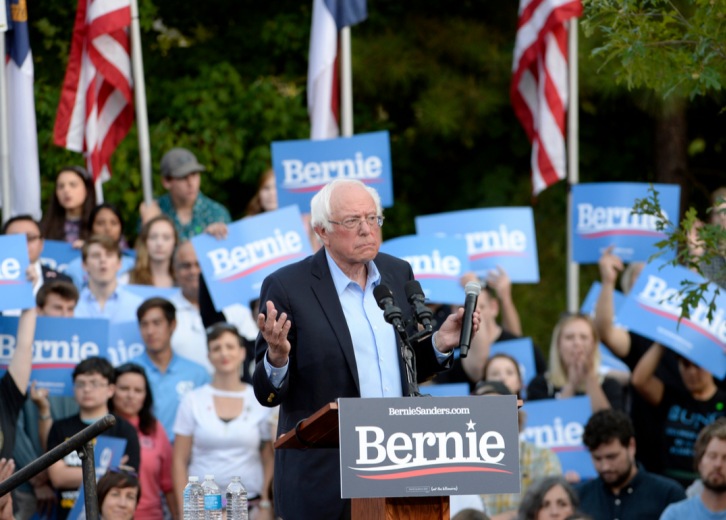 Vermont Sen. Bernie Sanders is notable for his outspoken views on campaign finance reform and free college tuition. Sanders supports universal healthcare, a diplomatic approach to foreign policy, and aggressively addressing inequality by taxing the wealthy and targeting major companies and offshore havens. He has been an obvious supporter of LGBTQ+ rights since at least 1983 when, as Vermont mayor, he supported a proclamation naming June 25 Lesbian and Gay Pride Day. 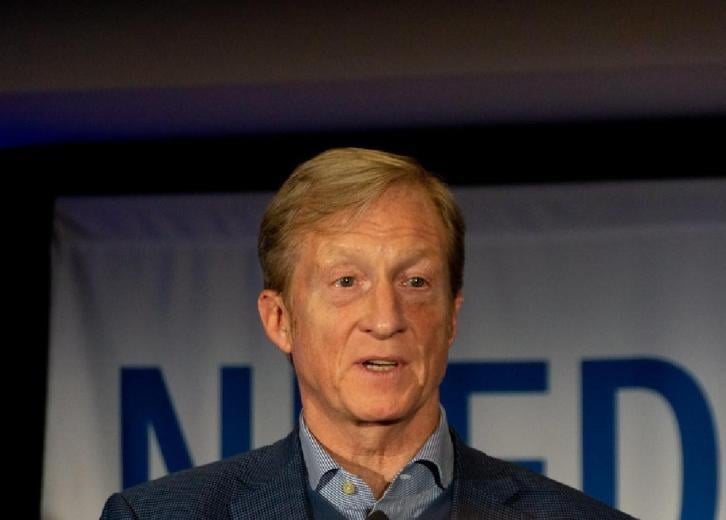 Tom Steyer, the hedge fund manager-turned-activist-turned-candidate, has made headlines primarily for his extremely large personal campaign financing over a very short period, entering the Democratic race incredibly late, and his choice of ties. But the New York billionaire has generated enough noise through ads and social media to make his progressive tax views, as well as impeachment and climate activism, well-known at the right time for both.

[Pictured: Democratic candidate and billionaire Tom Steyer speaking at a The 5 Rights event in Hanover, N.H., 2019.] 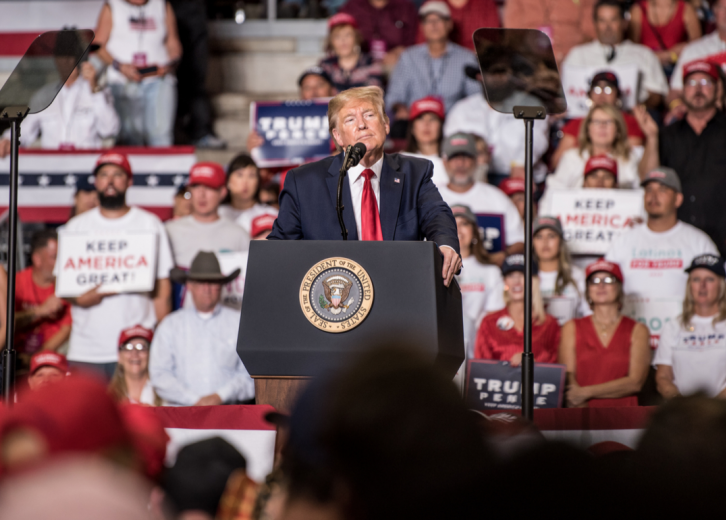 The majority of President Trump’s expenditures went toward media. This may come as no surprise to those who have studied Trump over the years: The president is fascinated with the media and tracks his own coverage carefully.