Golfers who have won the most green jackets

Most and least watched Super Bowls in history

How every NBA owner made their fortune

How every NBA owner made their fortune

If you’re a fan of a specific NBA team, chances are you can name the team’s owner or owners off the top of your head without a hitch. But have you ever stopped to think about how they made enough money to purchase your favorite franchise?

Plenty of owners choose to buy or start an NBA team as a business investment; they get to do the exciting stuff, such as providing operating capital, servicing debts, and paying for everything from the arena and staff paychecks to player paychecks and fines. What’s more, the role of an owner varies depending on the team. Some owners are more hands-on, making publicized long-lasting decisions such as hiring and firing head coaches, general managers, and even players. A handful of owners, such as Mark Cuban, choose to be more involved in their team than most (in Cuban’s case, the Dallas Mavericks), speaking in-depth about the players’ skill sets, sitting courtside, and rarely missing a game. Owners purchase teams for the love of the game, for solely an investment, or as a combination.

Recently, certain teams have begun moving away from the word “owner” altogether to reduce unwarranted power dynamics. Draymond Green, power forward for the Golden State Warriors, has suggested alternatives to using the term “owner” in past interviews, and the Philadelphia 76ers already use the term “managing partner” instead. Following the 2019 season, NBA commissioner Adam Silver divulged in an interview that the league had stopped using the term “owner” years ago, instead rather calling the team owners “governors of the team” or “alternate governors.”

To find out how exactly every NBA owner made their fortune, Stacker scoured the web for biographies and interviews straight from the source. In addition to learning how each had made enough money to become an NBA team owner in the first place, we also looked at facts such as how long they’ve owned the team, and which owner has majority state if they share ownership. Read on to discover how the owner of your favorite NBA team made their wealth—and, if you’ve ever dreamt of owning a franchise, start taking some notes.

You may also like: Iconic sports moments that defined the '80s 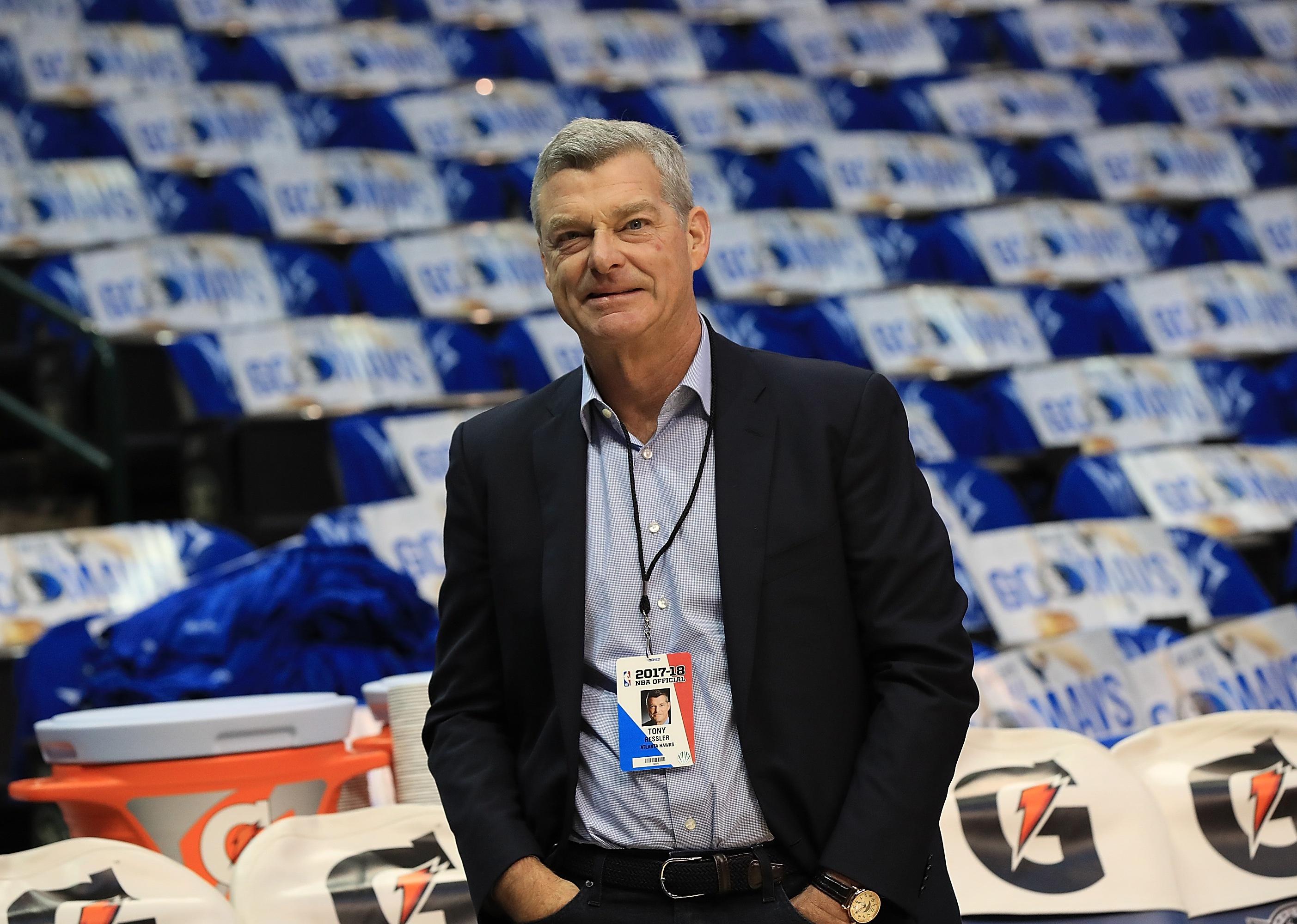 The leader of the ownership group who bought the Hawks in 2015 is Tony Ressler. Ressler started on Wall Street before co-founding the private equity giant Apollo Management in 1990 and then private equity firm Ares Management in 1997. Sara Blakely, self-made billionaire and inventor of Spanx, also owns a stake in the team along with her husband Jesse Itzler. 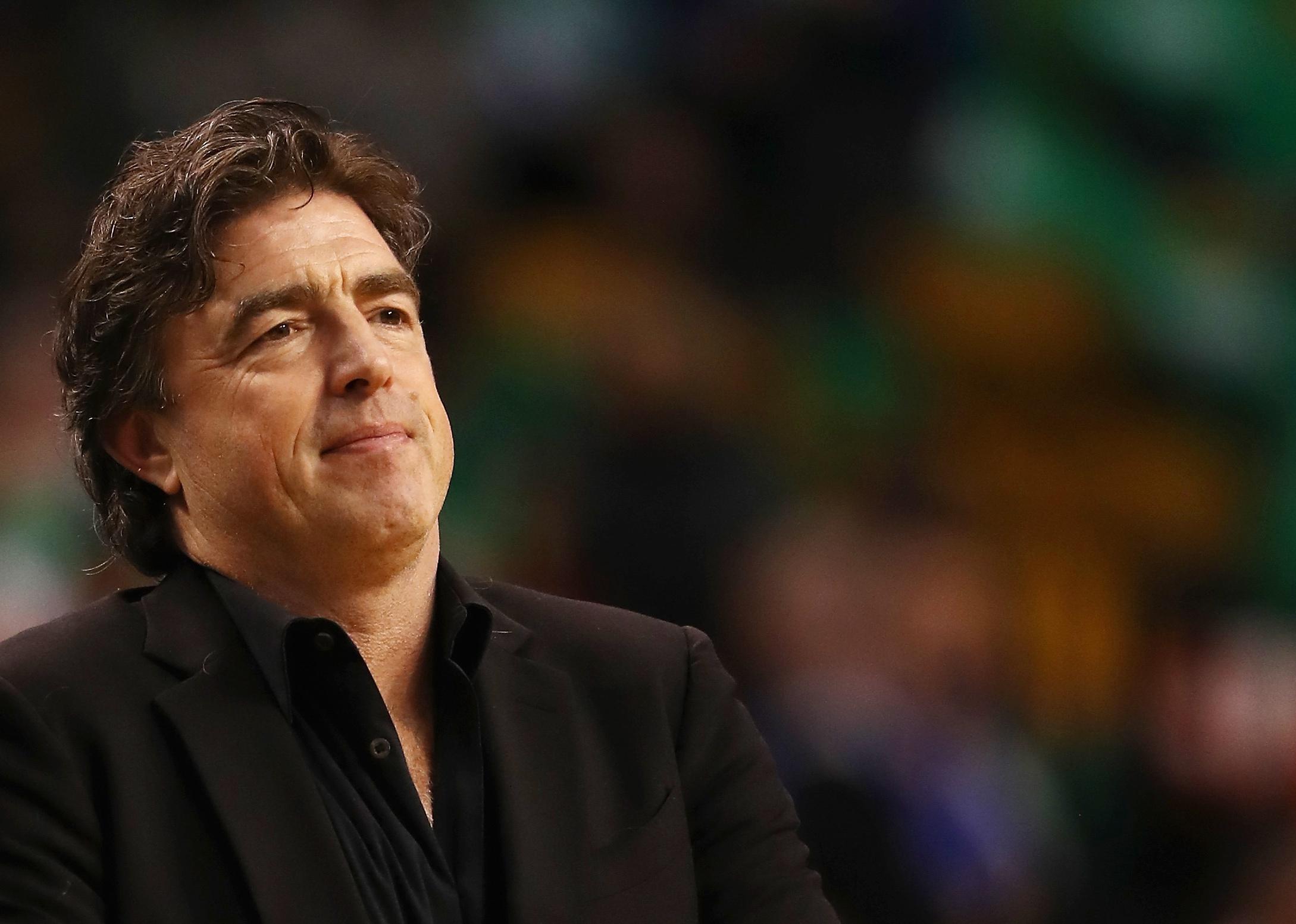 Princeton grad Wyc Grousbeck put in seven years at Highland Capital Partners before becoming the owner, managing partner, and CEO of the Celtics in 2002. In 2010 Wyc became Chairman of the Massachusetts Eye and Ear Infirmary, a Harvard Medical School teaching hospital. Three years later, he co-founded Causeway Media Partners, a private equity firm that works with sports and technology investments worth $340 million. Nets Owner Joseph Tsai is vice-chairman and co-founder of Alibaba Group, the Chinese e-commerce conglomerate, giving him a net worth of more than $10 billion. In September 2019, the billionaire—who already owned 49% of the team and arena—bought the remaining shares for $3.5 billion. The sale set records for the largest ever for a U.S. sports franchise. 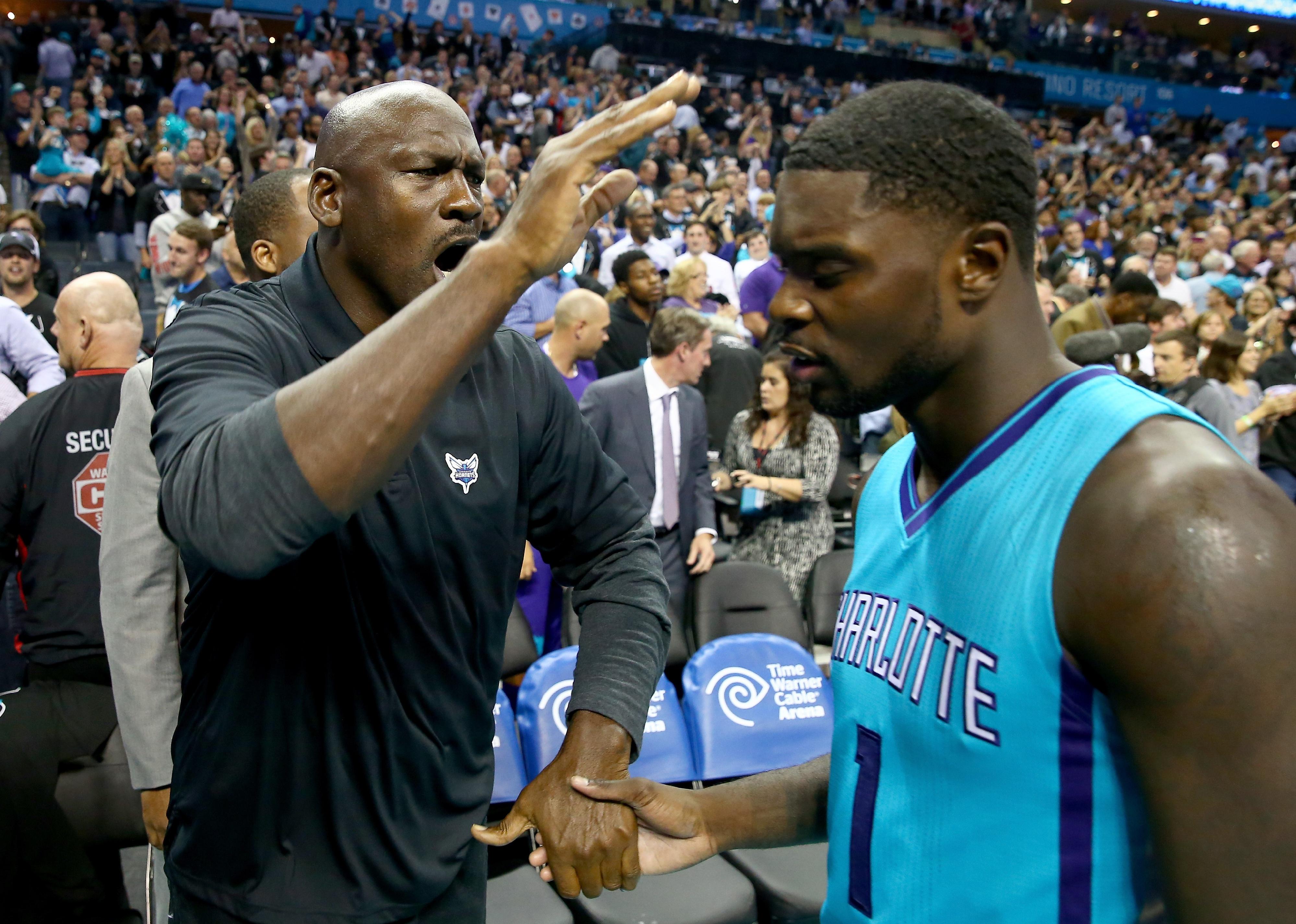 Although Jordan is considered the greatest basketball player of all time, most of his current money came from endorsements and other businesses—most prominently Jordan Brand—rather than his player contracts. In 2019 he was projected to make $145 million, with the income he’s accumulated off the court worth about $1.7 billion since entering the league in 1984—almost 20 times his player salaries from 15 seasons in the NBA. The basketball legend has kept majority control of the Hornets since 2010, despite selling a portion of the team in September 2019. 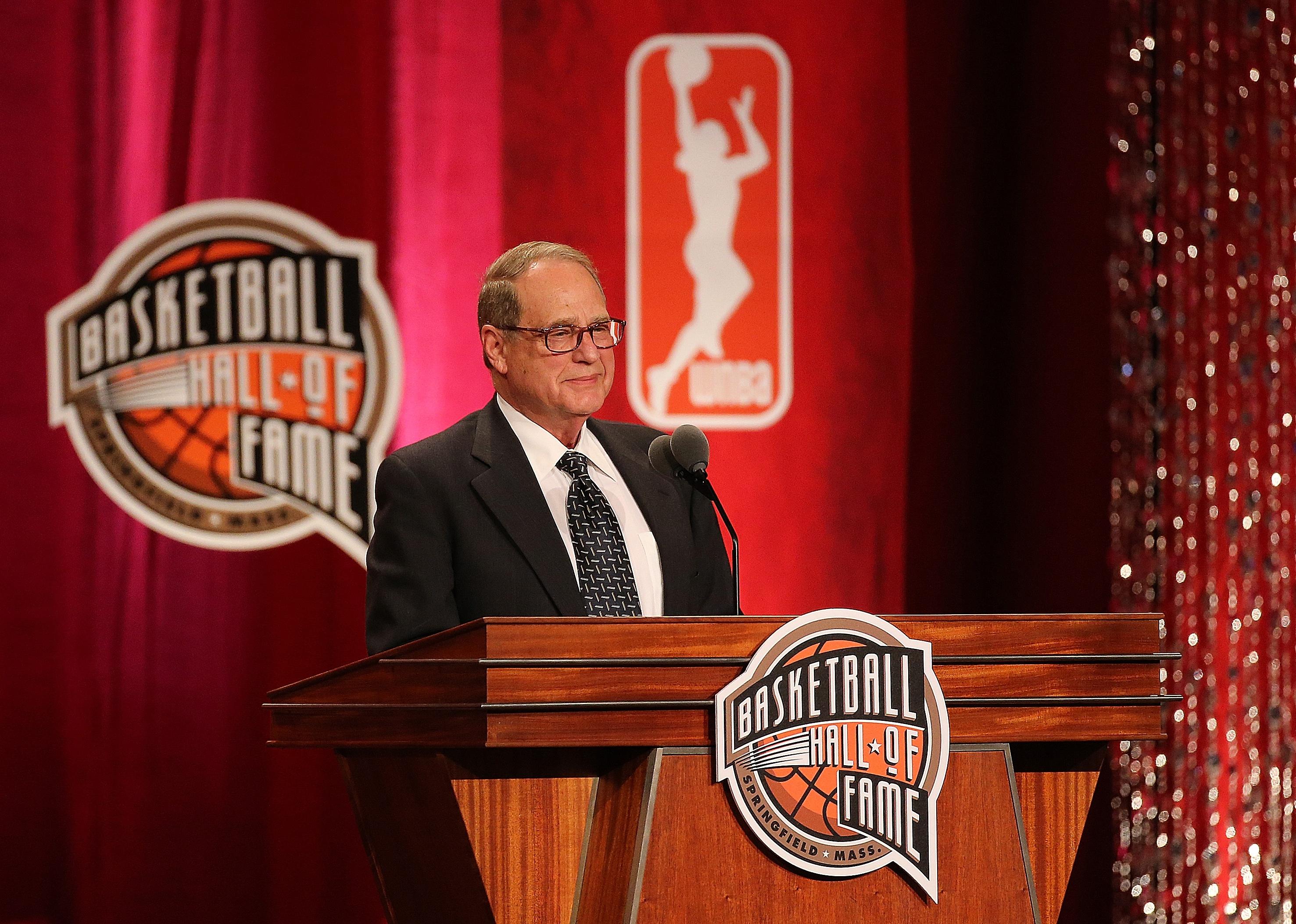 You’d be hard-pressed to find a sports fanatic in Chicago who hasn’t heard of Jerry Reinsdorf; the former-real estate tycoon owns both the Chicago Bulls and the Chicago White Sox. He made most of his early money selling his interest in the Balcor Company, which he founded in 1973, and putting the money into real estate. He bought the Bulls for $9.2 million in 1985; the team is now worth $2.5 billion.

You may also like: The 50 largest college football stadiums 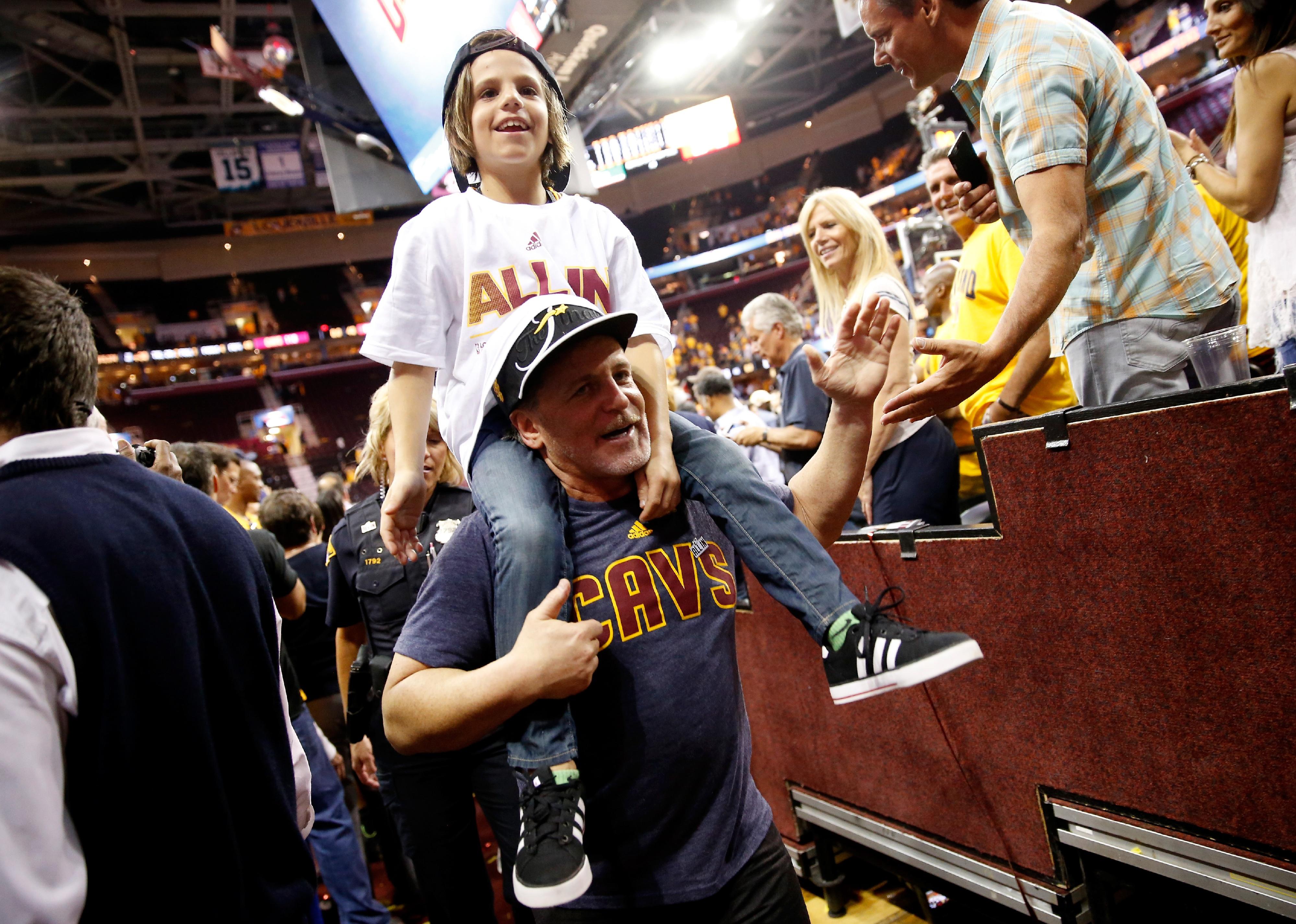 Dan Gilbert, who bought the Cleveland Cavaliers in 2005 for $375 million, is the founder of mortgage lending giant Quicken Loans. The Detroit native has put an enormous amount of time and effort into redeveloping projects for the city and real estate ventures, as well. 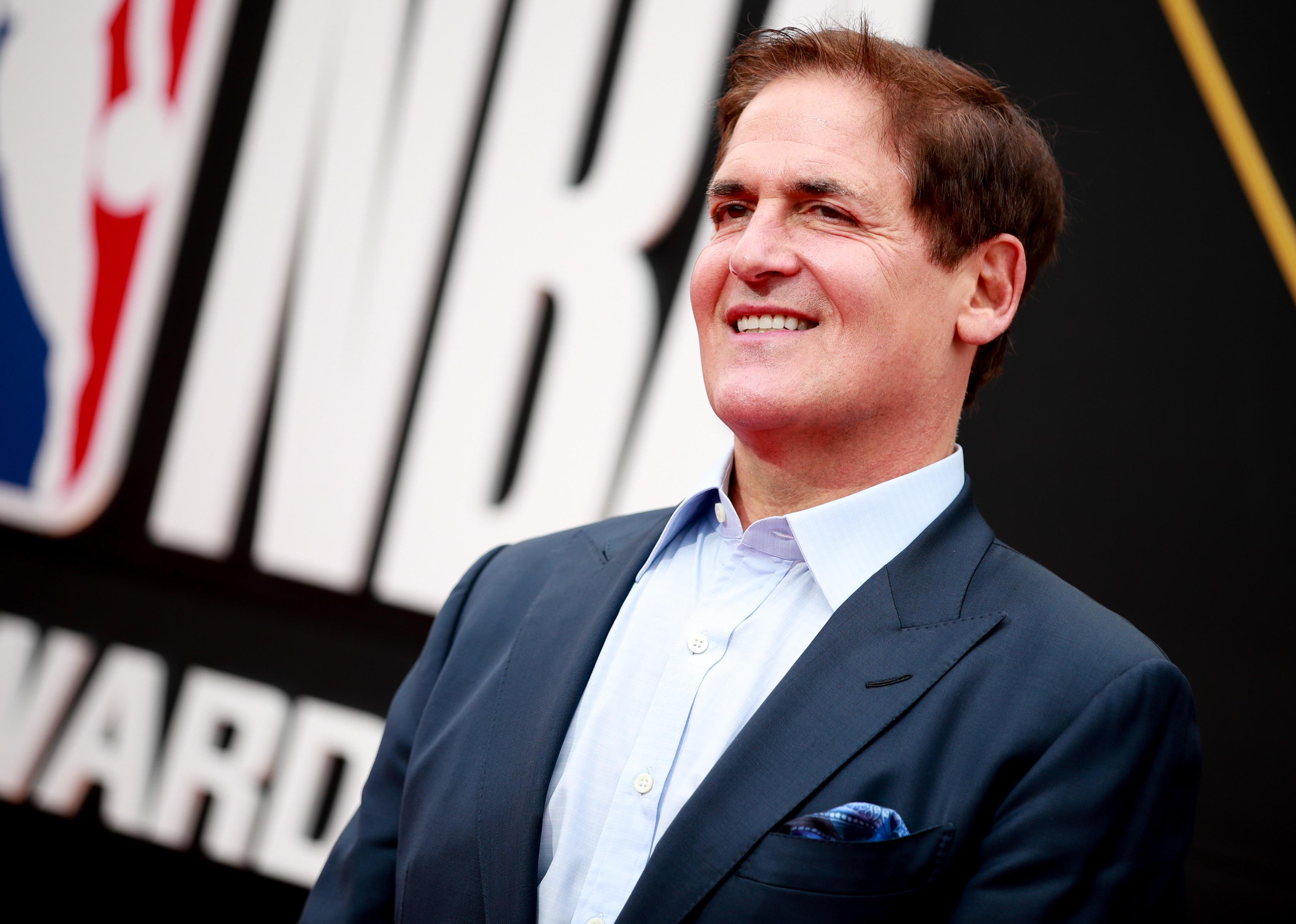 With an estimated net worth of $4.1 billion, including almost $1 billion in Amazon stock, Mark Cuban has been the owner of the Dallas Mavericks since 2000. He began building his fortune in the 1990s through a series of business deals, primarily with the sale of his streaming site Broadcast.com, worth $5.7 billion in stocks. More recently, Cuban has made a series of investments on the ABC show “Shark Tank” and sold majority shares in his two TV networks. 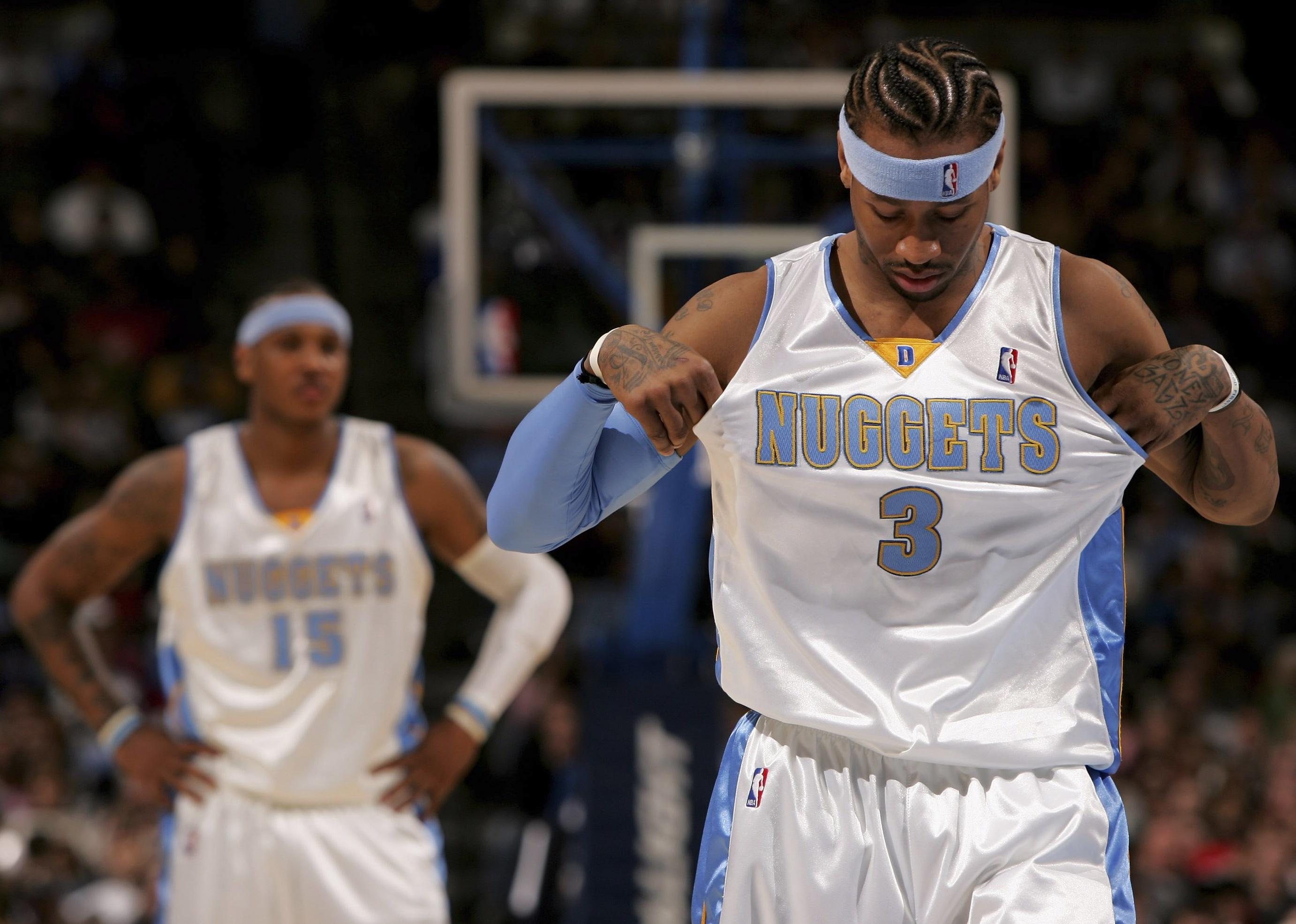 Most of Kroenke’s fortune comes from her inherited stock in Walmart (which in August 2018 was worth $386 billion), founded by her uncle, Sam Walton. Her husband, Stan Kroenke, bought the Denver Nuggets in 2000 and transferred ownership to his wife in 2015. 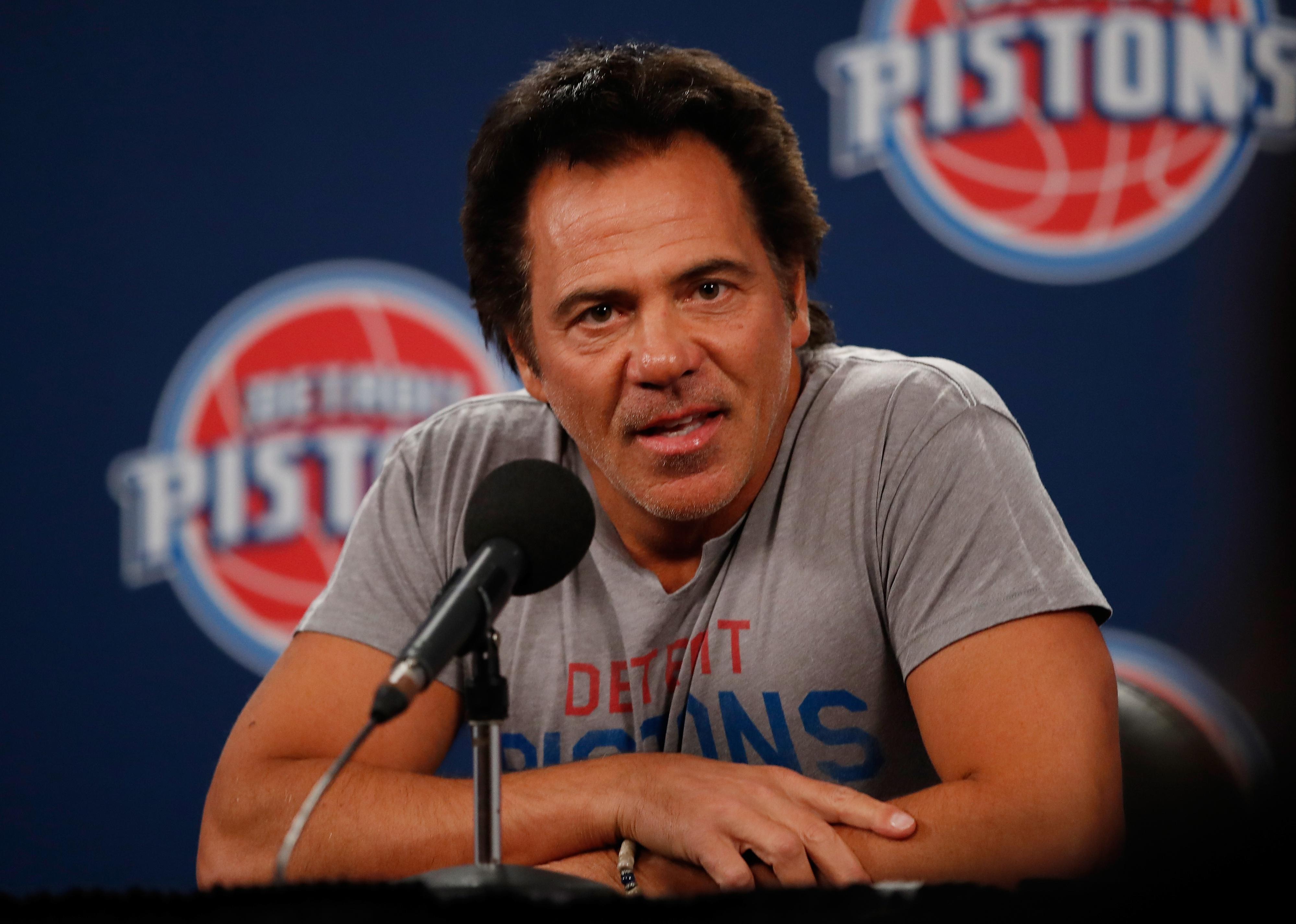 Owner of the Detroit Pistons, Tom Gores, bought the franchise in 2011 and moved the corporate headquarters and practice facility to downtown Detroit in 2017 with the new Henry Ford Detroit Pistons Performance Center. Before owning the Pistons, Gores was the Chairman and CEO of Platinum Equity, a global investment firm. 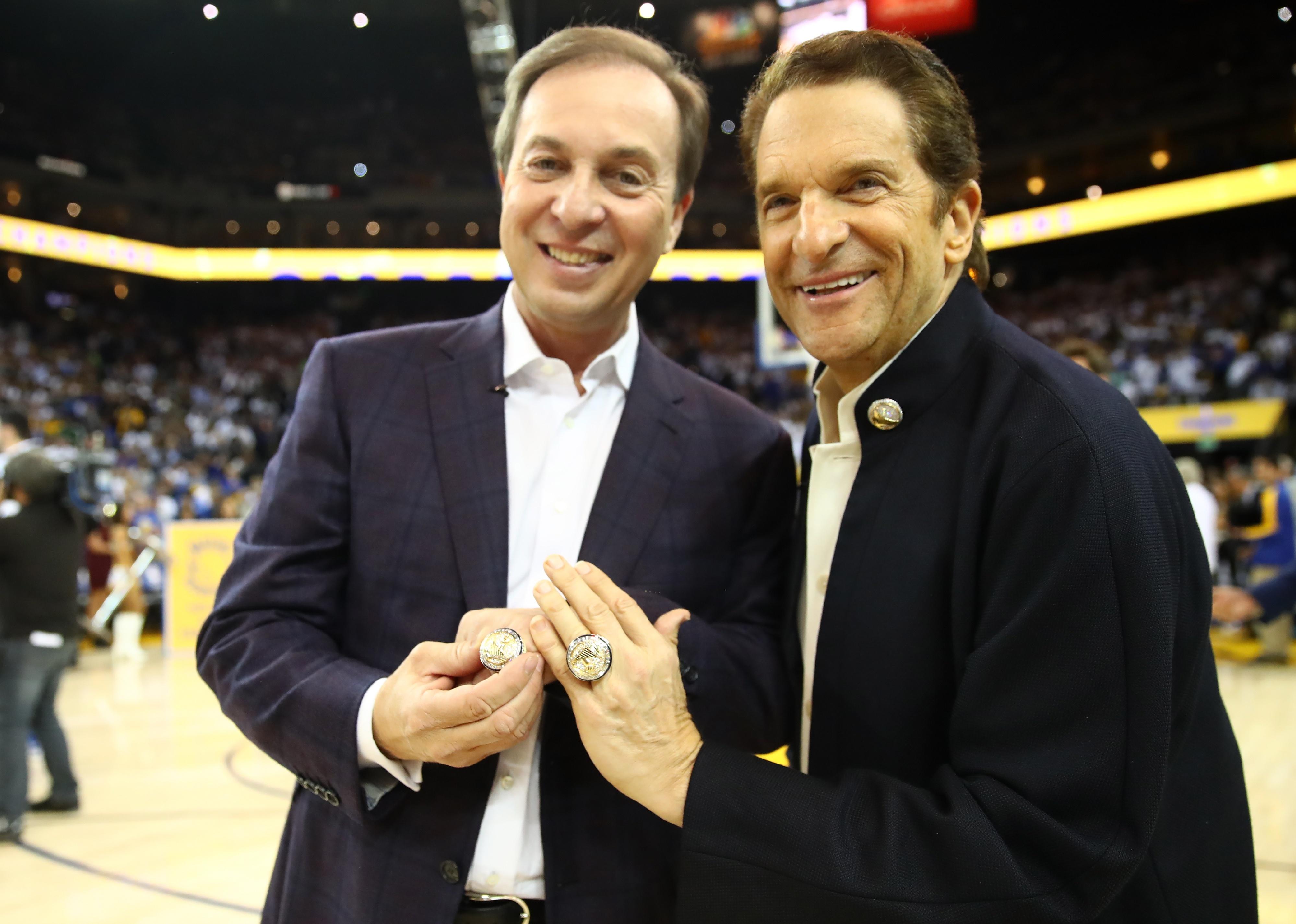 The two owners bought the Warriors for $450 million in 2010, which turned out to be a pretty good investment considering the team was worth $3.5 billion by 2019. So how did they make their money initially? Lacob is a venture capitalist in Silicon Valley, and Guber is the chairman and CEO of the multimedia enterprise Mandalay Entertainment Group

You may also like: One Trick Ponies of the PGA 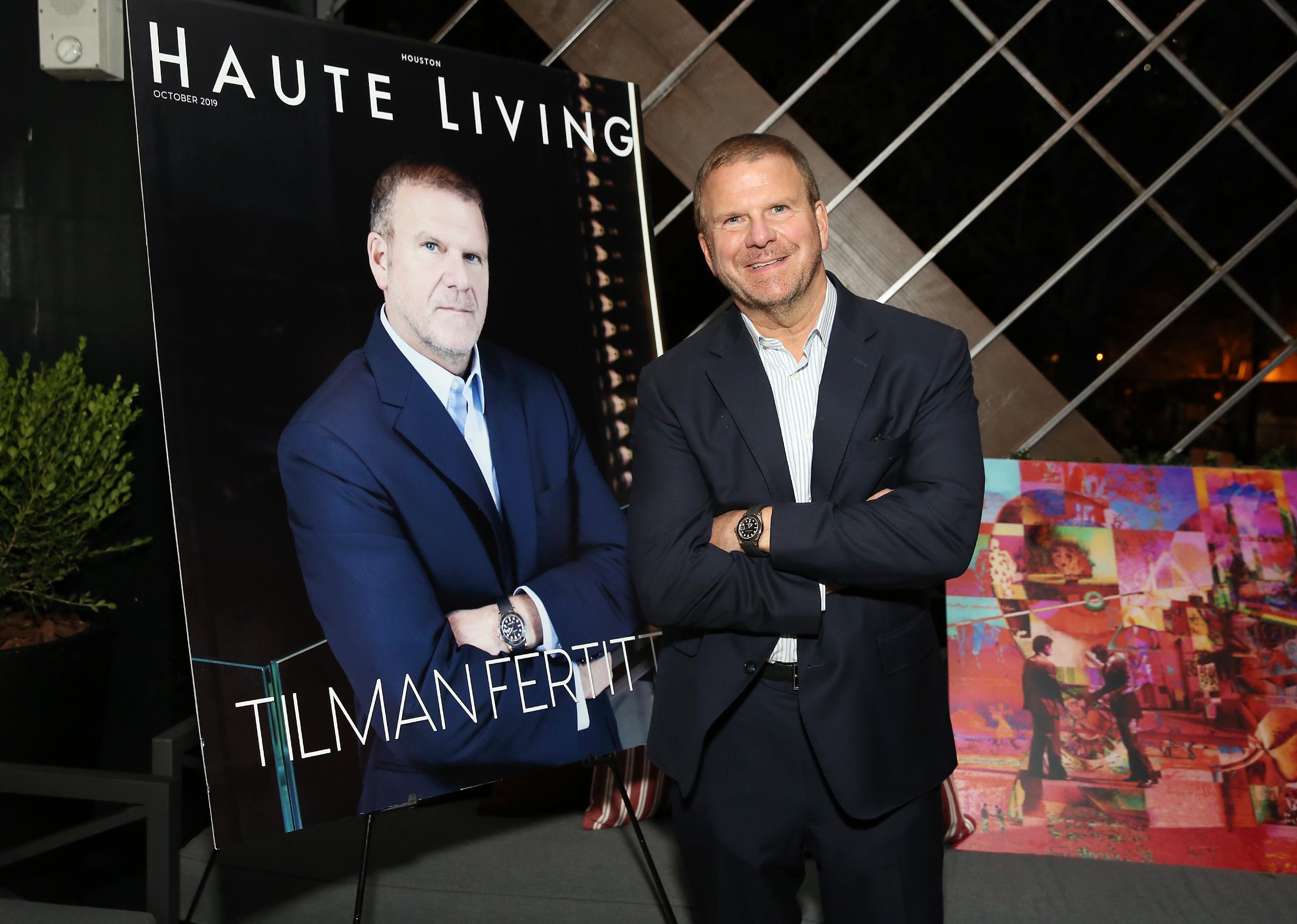 Fertitta, who made his fortune as the CEO of the Landry's chain of restaurants and the Golden Nugget casino and hotels, bought the Rockets in 2017. At the time, the $2.2 billion price tag for the team was an NBA record. 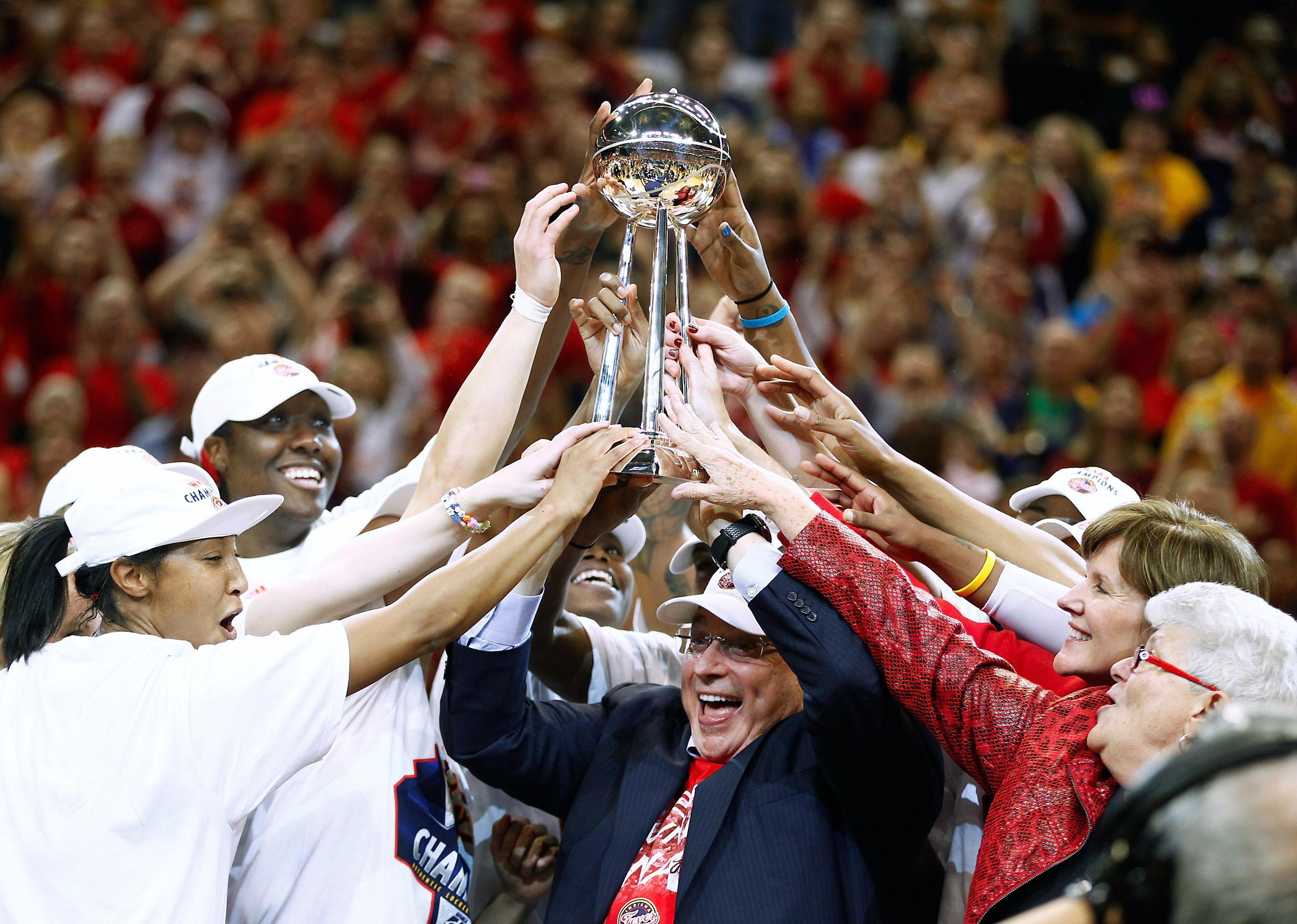 Apart from being the chairman and co-founder of Simon Property Group, a retail real estate management and development company, Simon is also the owner of “Kirkus Review,” a book review publication. Simon has owned the Pacers since 1983 and plans on leaving the team to his son someday. 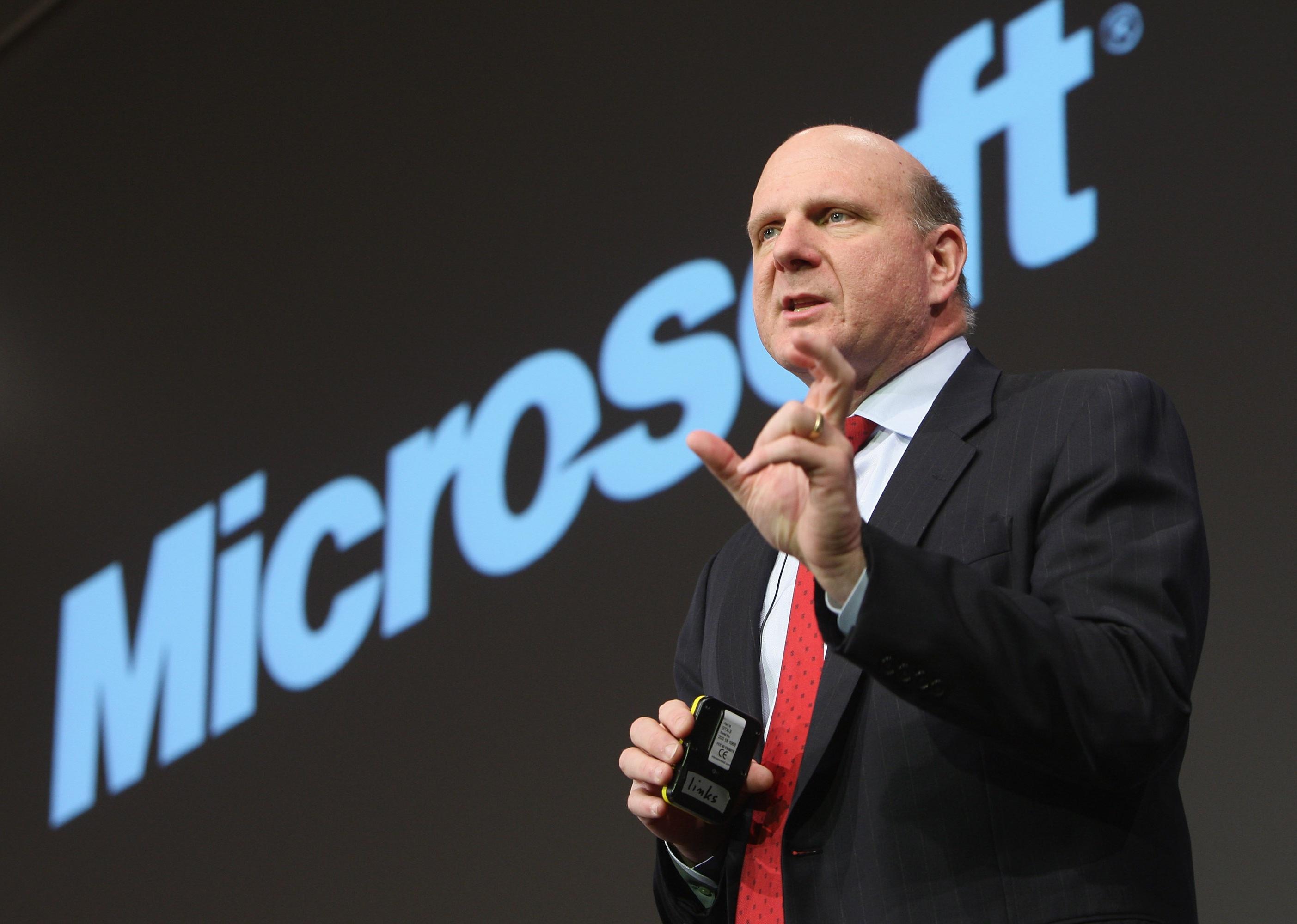 Clippers owner Steve Ballmer started at the ground floor as an assistant at Microsoft before eventually becoming the CEO of the company in 2000. In 2014, Ballmer purchased the Clippers for $2 billion, which was one of the highest prices paid for a professional team at the time. The Lakers have been part of the Buss family since 1979, making it the longest ownership in the NBA. When father Jerry Buss died in 2013, the owner left his six children in charge of a family trust which included the team. Back in 1959, Buss bought a 14-unit rental apartment in Los Angeles and turned it into a $350 million real estate business. Pera bought the Grizzlies in 2012 at just 34 years old, making him one of the youngest NBA team owners at the time. The young billionaire went from working at Apple to starting his own company, Ubiquiti Networks, a communications technology company.

You may also like: Most Lethal NBA Duos Of All Time 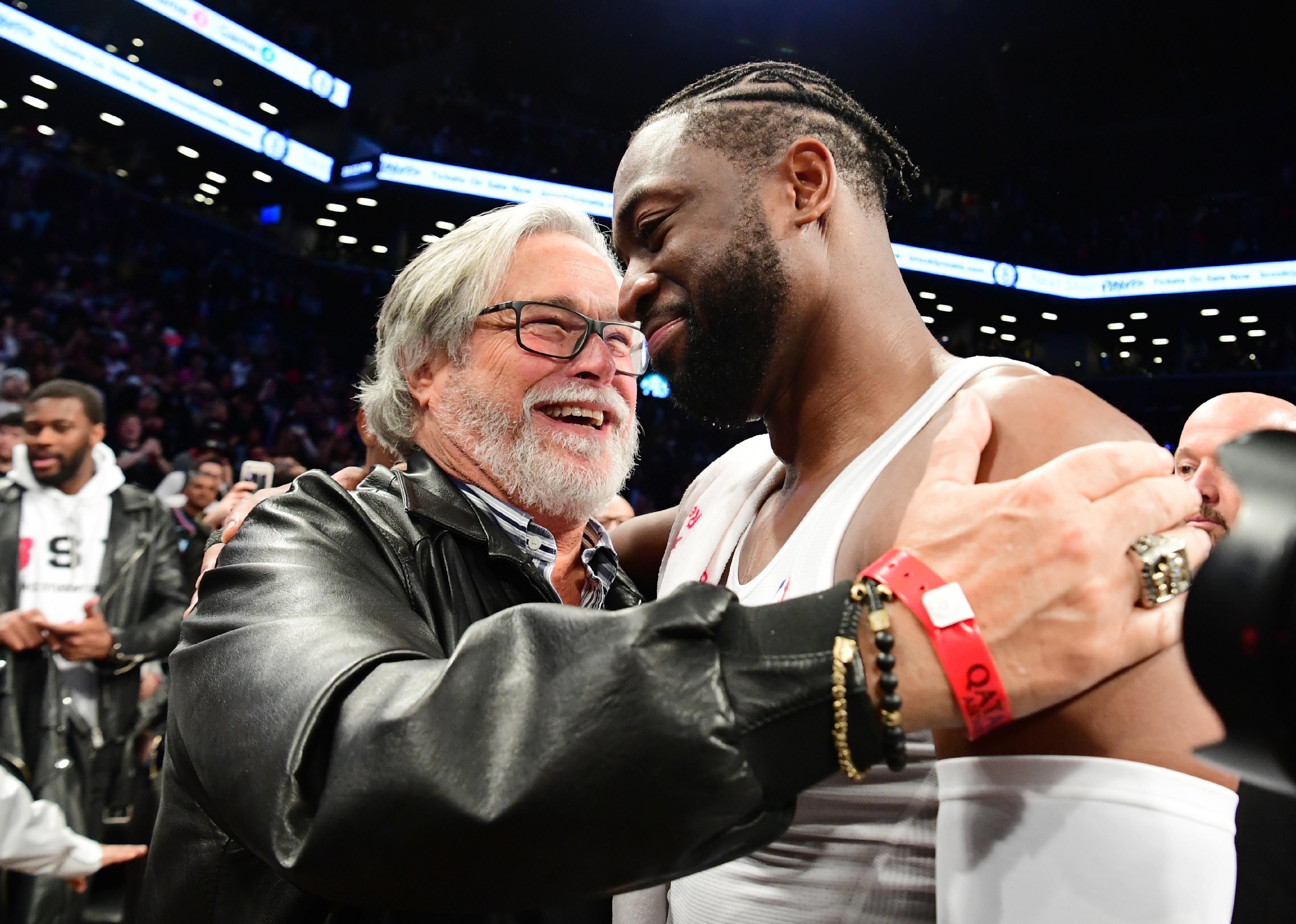 Arison took over ownership of the Miami Heat from his father, co-founder of Carnival Cruise Lines, Ted Arison, in 1995. Micky was also appointed the chairman and CEO of his father’s travel company in 1990, which is how he earned most of his fortune. Billionaires Lasry and Edens, who both earned their fortunes as hedge-fund managers in New York, bought the Bucks in 2014. The franchise, which the pair purchased for $550 million originally, was worth $1.35 billion by 2019. Timberwolves owner Glen Taylor worked his way up from a college job at a printing business called Carlson Wedding service, eventually saving up enough money to buy the company after his boss retired in 1975. Since then, he’s made a fortune buying all sorts of businesses, including the NBA team in 1995. Gayle Benson is the wife of former Pelicans and Saints owner Tom Benson, who made his money through car dealerships and a financial company. Following the death of her husband—who bought the team in 2012—Gayle became the new owner in 2018, per his will. 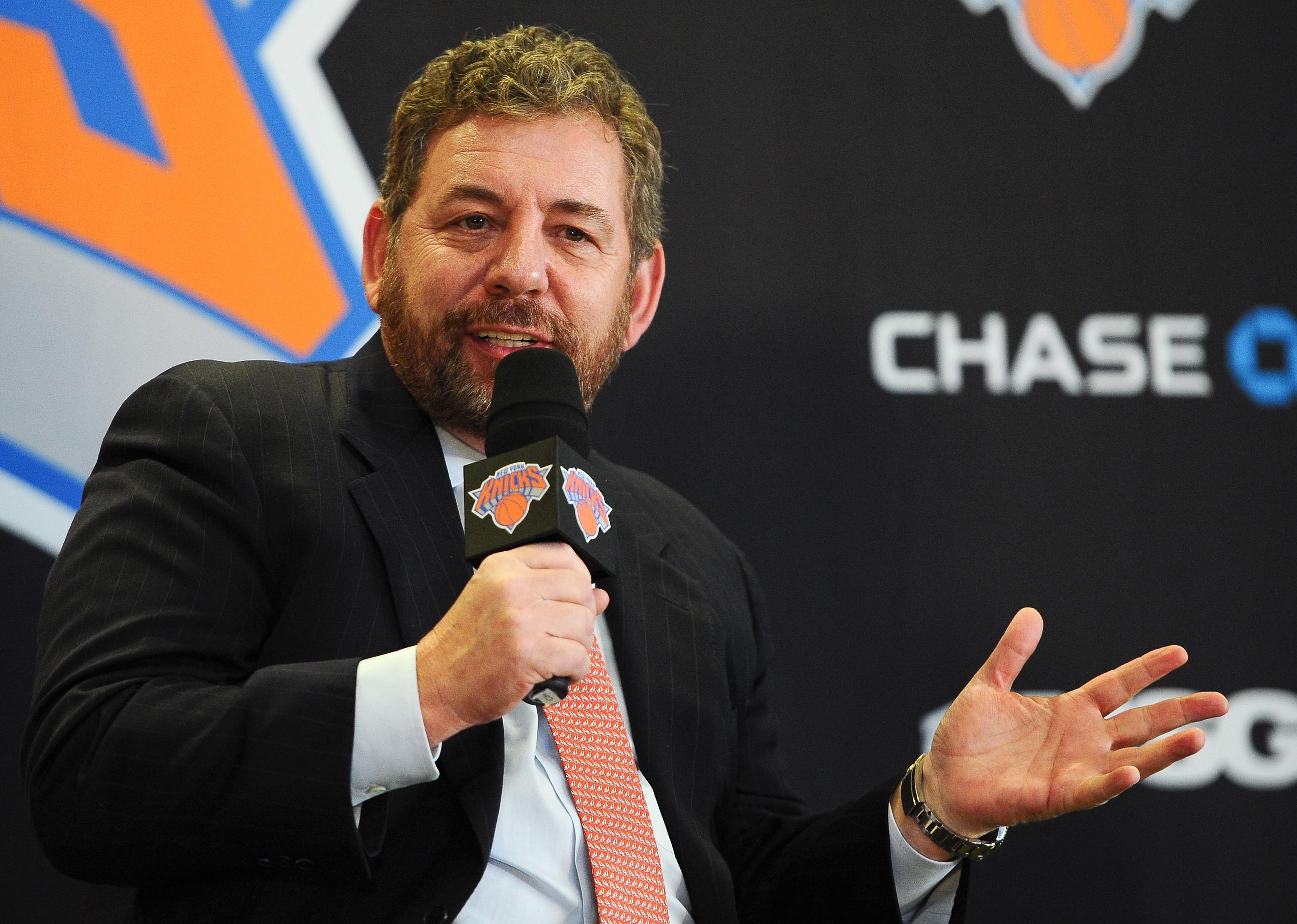 James Dolan has controlled the New York Knicks and the New York Rangers since 1997. Currently the CEO of the Madison Square Garden Company, Dolan made his early money by inheriting control of his father’s company, Cablevision, valued at more than $17 billion by the time he sold it in 2015.

You may also like: 30 famous athletes who received lifetime bans

Bennett is the chairman of a private investment corporation called Dorchester Capital Corporation. The Thunder, who were at the time known as the Seattle SuperSonics before moving to Oklahoma City, were purchased from Starbucks founder Howard Schultz in 2006 by a group led by Bennett. 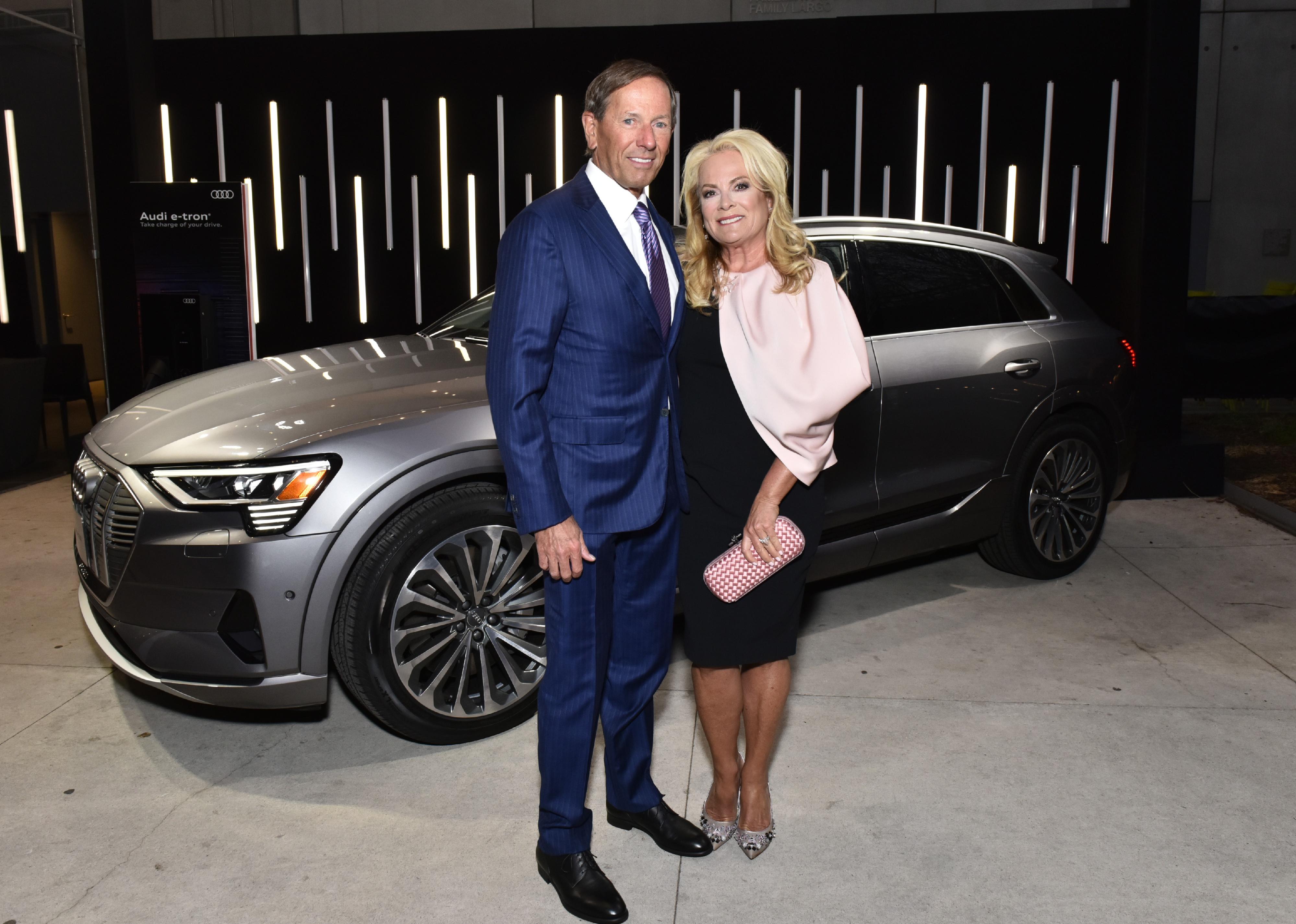 For the Orlando Magic, ownership of the franchise has been a family affair since 1991, when Rich DeVos first bought the team for $85 million. When Rich died in 2018, his son Dan became the chairman along with his three siblings. Rich helped found Amway, a multi-level marketing company known for selling health and beauty products. 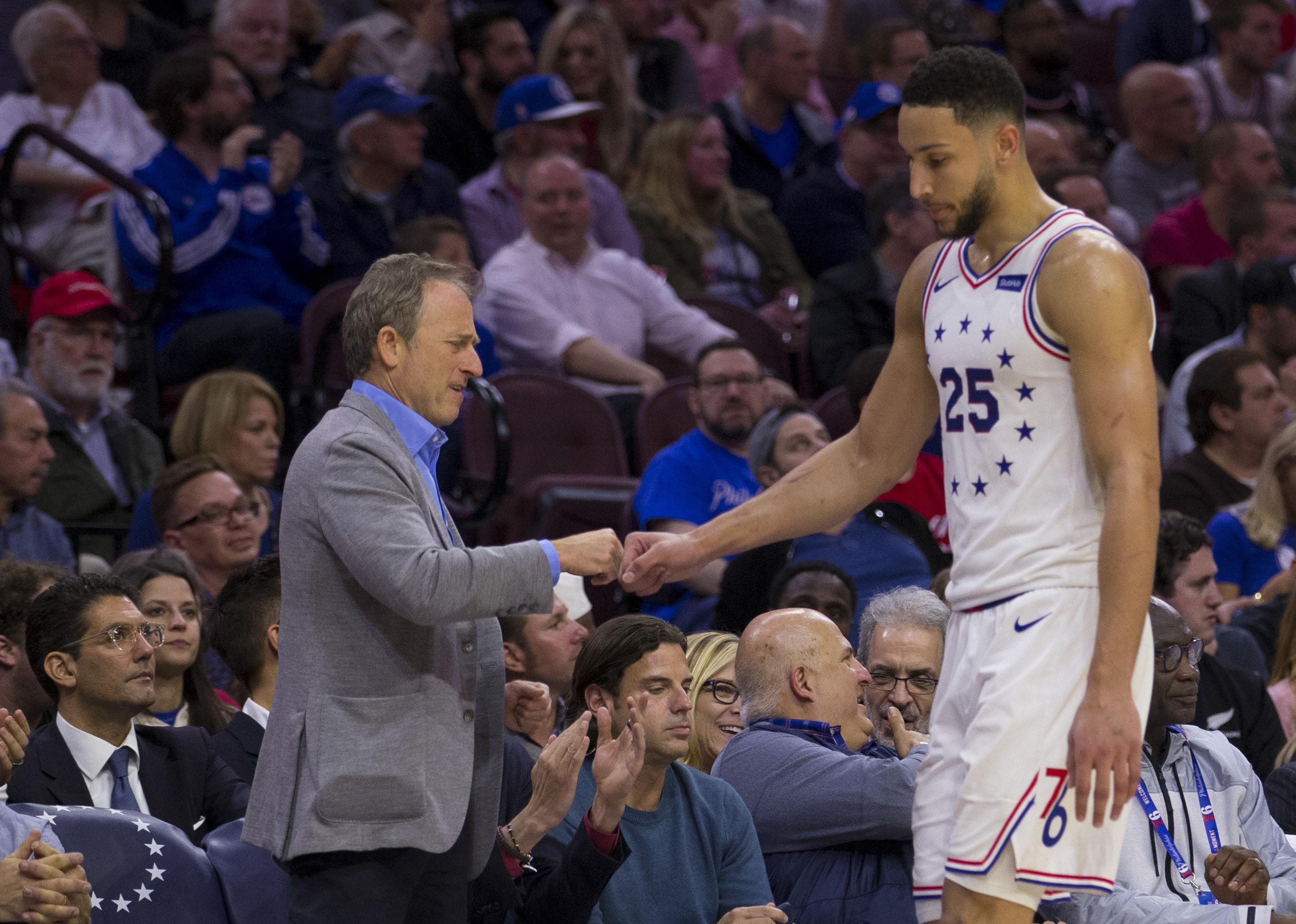 Although the group who controls the 76ers includes the likes of Will and Jada Pinkett Smith, billionaire Joshua Harris is the majority owner. Harris purchased the team in 2011 and earned his money as a co-founder of private equity firm Apollo Global Management. 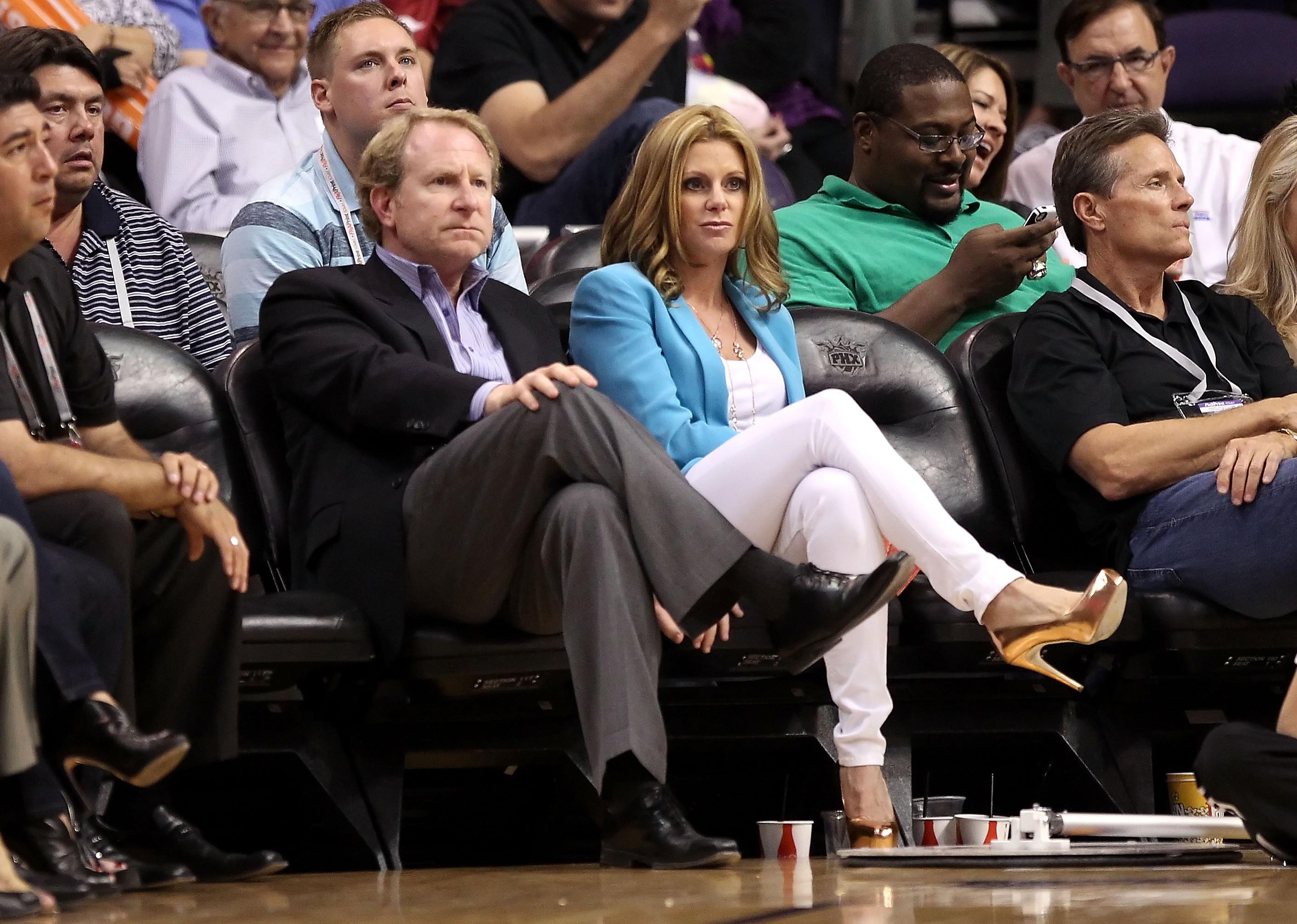 Arizona native Sarver is the Chairman and CEO of Western Alliance Bancorporation and the co-founder of real estate investment fund Southwest Value Partners. He purchased the Suns in 2004 after a lifelong passion for the team and the sport. 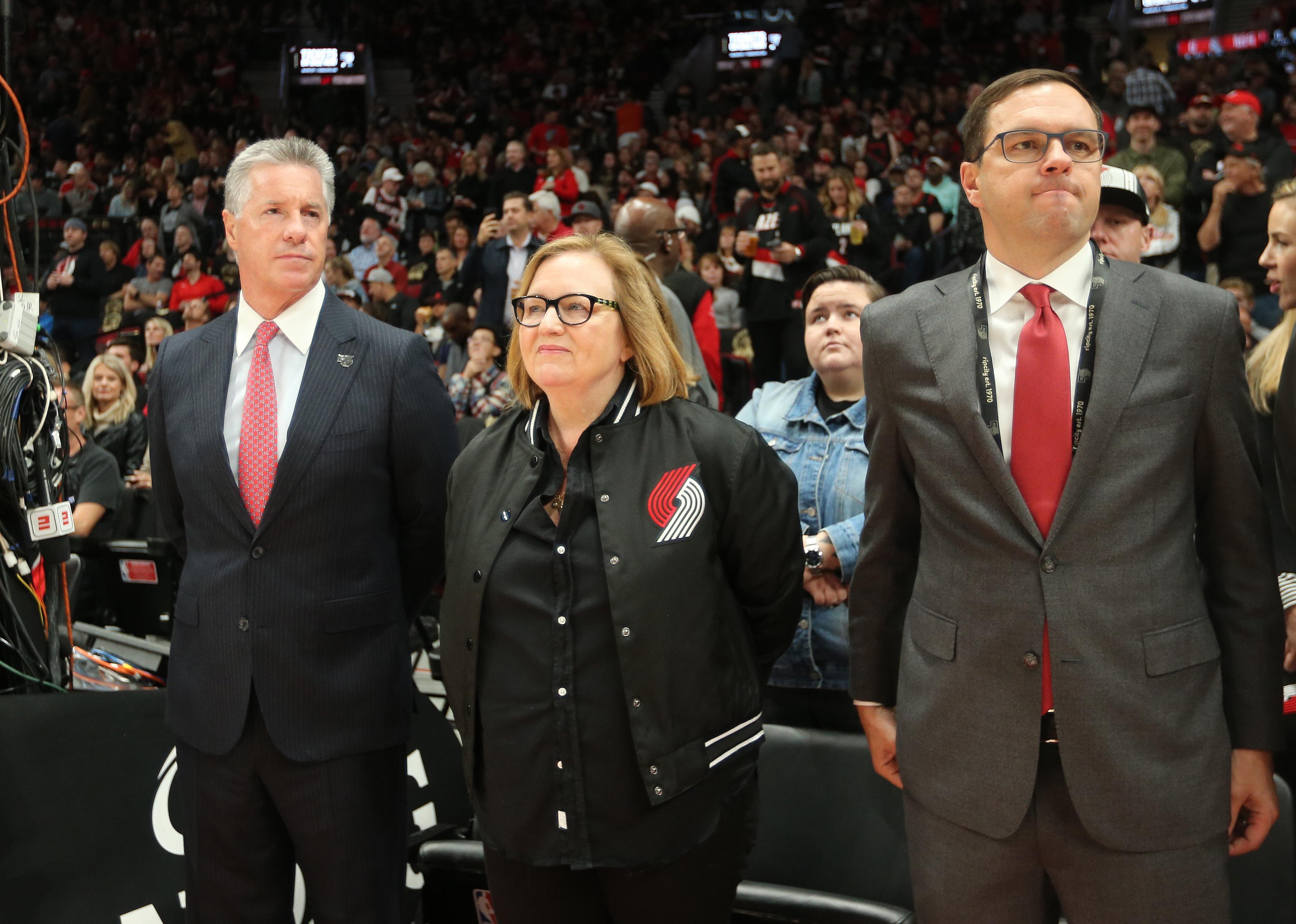 Jody Allen is the co-founder and CEO of Vulcan Inc. and the sister of Paul Allen, who bought the team in 1988 at 35 years old. Paul was a co-founder of Microsoft and continued to be a philanthropist until his death in 2018, when his trust and companies—including the Trail Blazers—were left to Jody.

You may also like: Iconic sports moments that defined the '60s 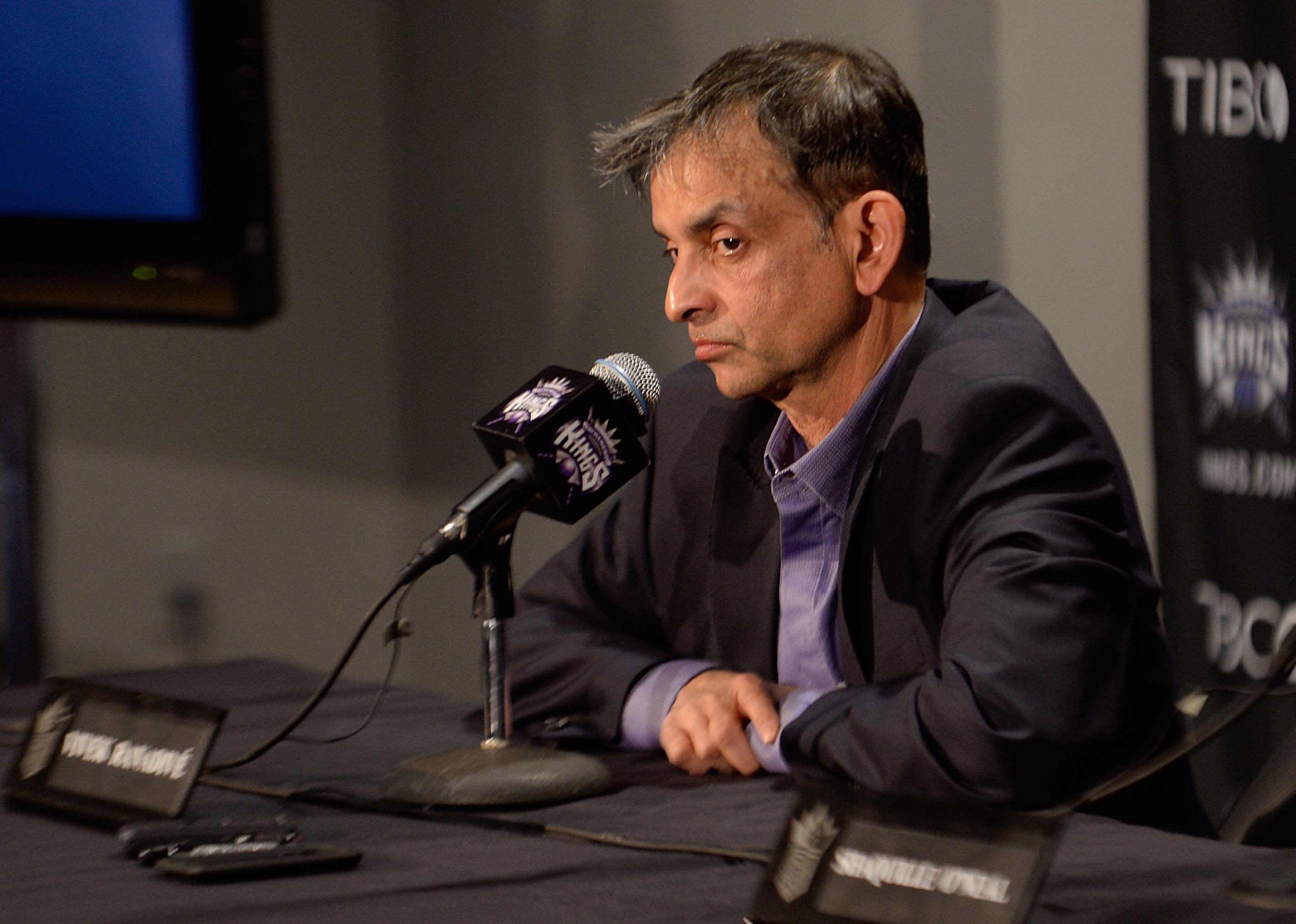 Ranadivé founded Teknekron Software Systems in 1986, a company credited with revolutionizing the American stock exchange by automating Wall Street. Later in 1997, he founded TIBCO Software Incorporated. He has owned the Kings since 2013. 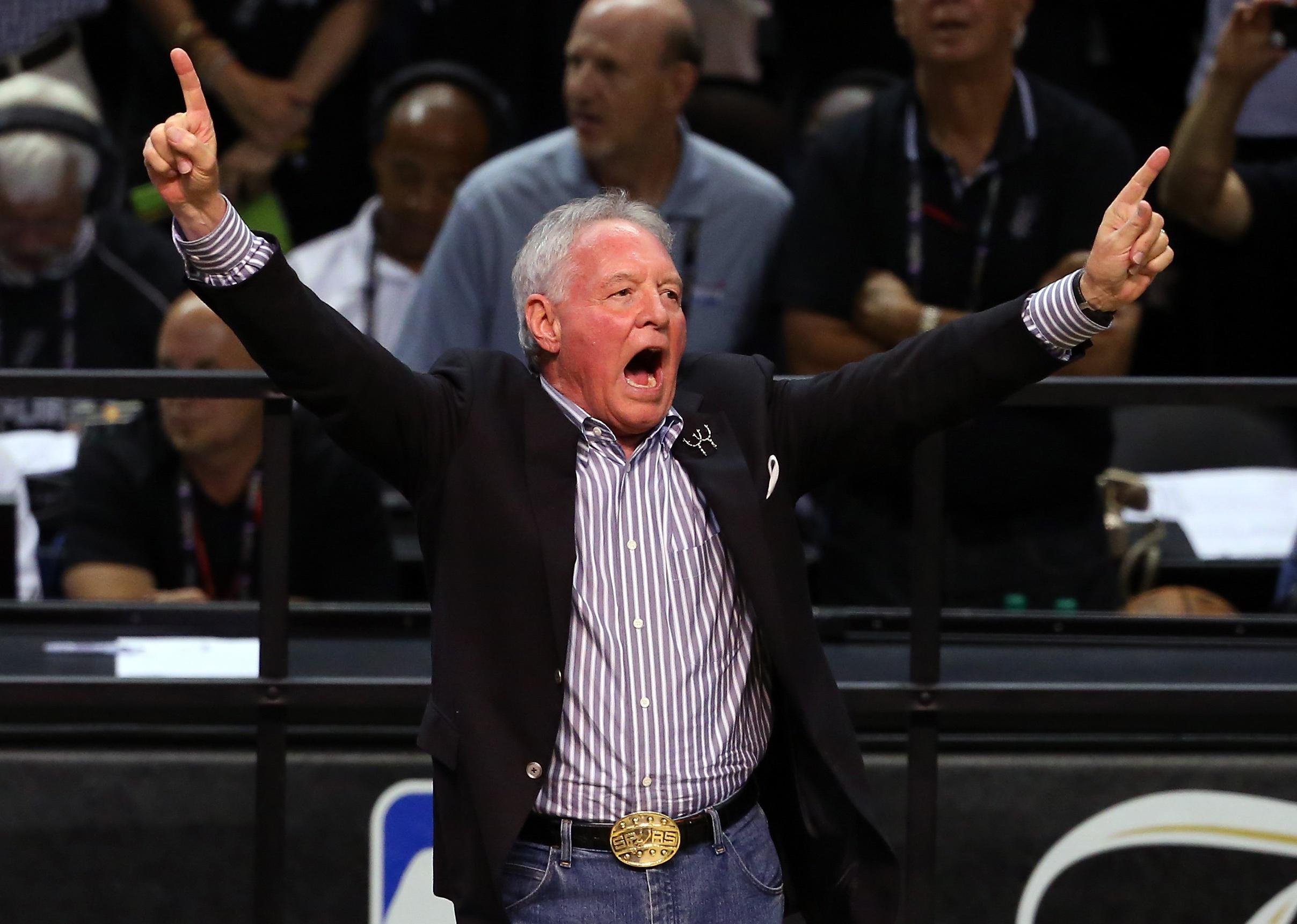 The great-grandson of the man who invented the first Caterpillar Tractor, Holt is now the CEO of the largest Caterpillar dealership in the country. Holt and his partnership group bought the Spurs in 1993, and he later became the majority owner just three years later. The Raptors NBA team is owned by Maple Leaf Sports and Entertainment, which is in turn run by Rogers Communications and BCE, Inc., a Canadian media company. MLSE bought the team in 1998, and Larry Tanenbaum is the current chairman of the company. 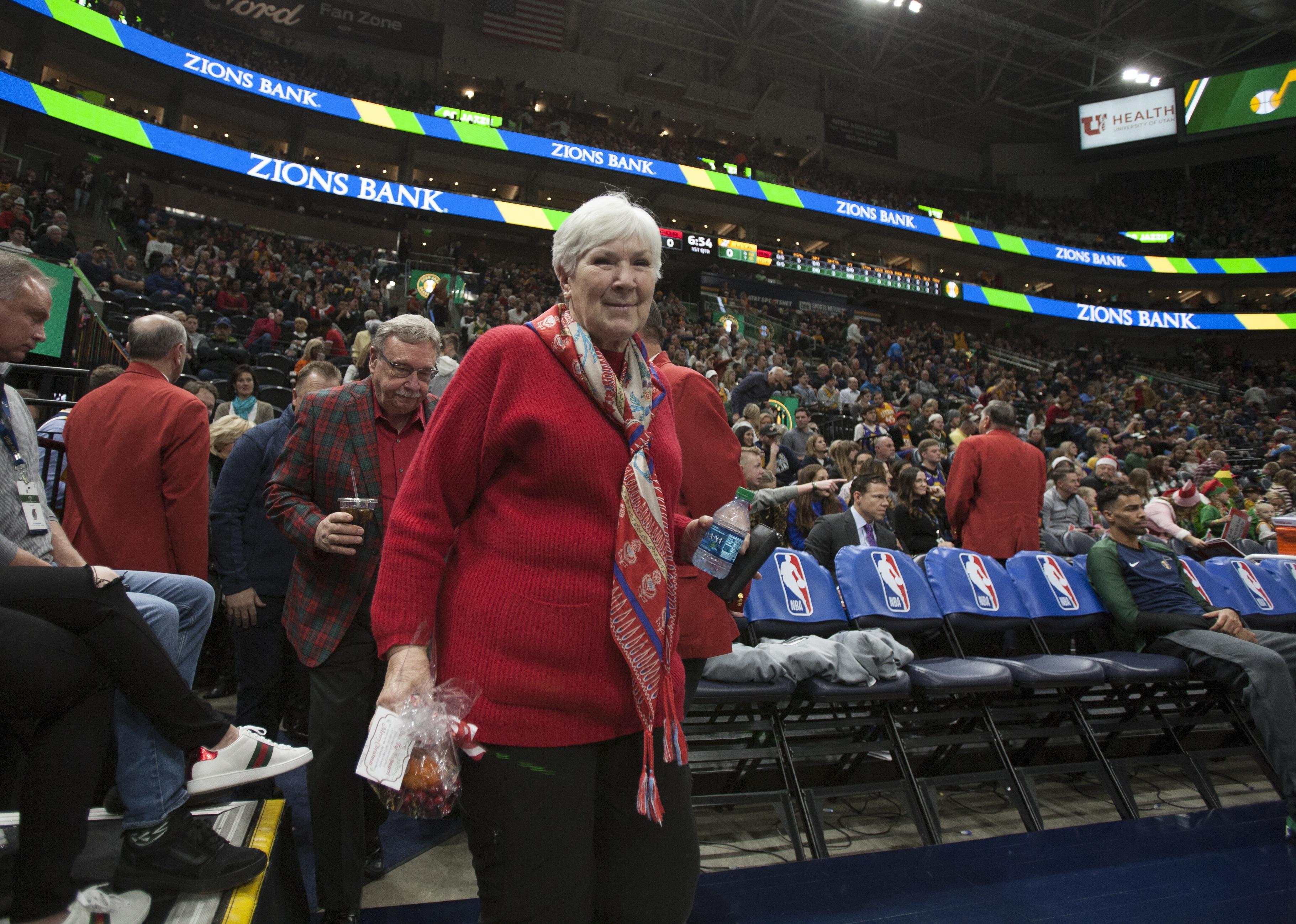 Miller is a businesswoman and the wealthiest person in Utah as of 2019. Since the death of her husband in 2009, she inherited the Utah Jazz along with many businesses, movie theaters, car dealerships, and charities. 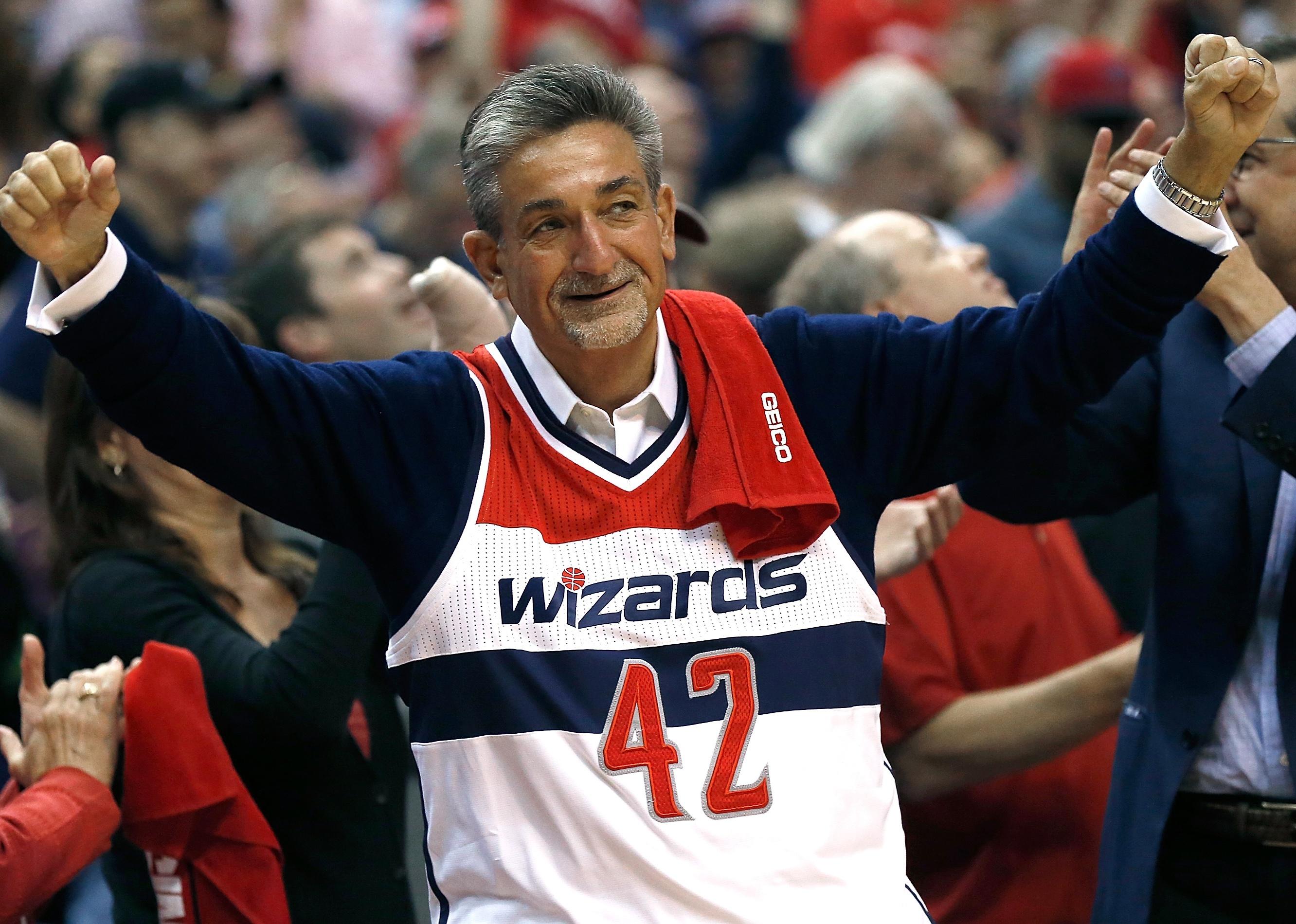 Making most of his fortune working as an executive for AOL in a 14-year tenure, Leonis eventually became the founder and CEO of Monumental Sports. His company, which also owns several other sports teams in Washington, bought a minority share in the Wizards in 1999 and the rest of the shares in 2010.

You may also like: Iconic moments in sports that defined the '70s