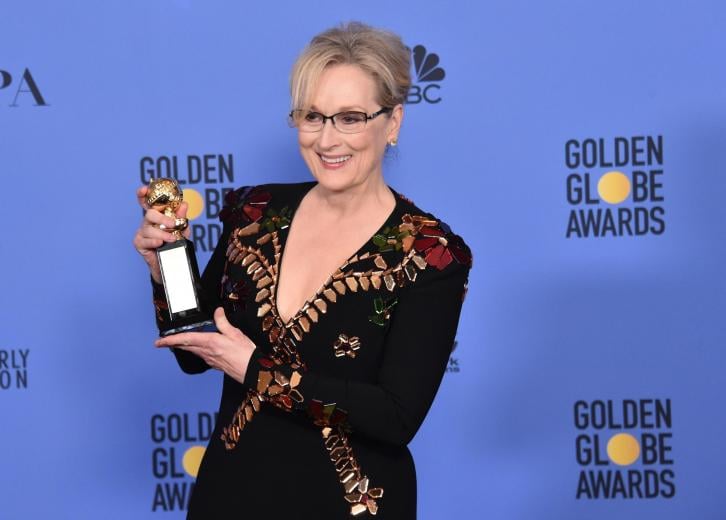 Actors with the most Golden Globe wins of all time

The Golden Globes are eagerly anticipated every year by stars and fans alike, as the world waits to see who will take home the coveted awards. Established in 1944 by the Hollywood Foreign Press Association (HPFA), the awards were created to recognize achievements in entertainment for both foreign and domestic films and television. It started as a more casual affair, taking place at 20th Century Fox Studios as an informal lunch, but has evolved into a prestigious and significant event.

In addition to the Golden Globe awards, the HFPA also created the Cecil B. DeMille Award, first presented to the director and producer in 1952 and honoring outstanding contributions to the entertainment industry. Winners of Cecil B. DeMille awards include Hollywood legends Judy Garland, Alfred Hitchcock, and Walt Disney. The Globes also had a special Henrietta Award, created in 1951 for the Foreign Press Association of Hollywood’s World Film Favorite Festival, and becoming part of the Globes in 1954, until it was retired in 1980. Winners have included Sophia Loren, Jane Fonda, and John Travolta. More recently, the Globes created the Carol Burnett Award, which honors excellence in television. It was presented to Burnett at the 2019 awards ceremony, and 2020’s honoree will be television personality and comedian Ellen DeGeneres.

Actors, writers, and directors all vie to be recognized, and a Golden Globe nomination or win is considered a high achievement. As we await the results of this year’s award show, which takes place on Jan. 5, Stacker took a look at who has won the most Golden Globes in Hollywood history. Using 2019 data collected from the Golden Globes website, we compiled wins and nominations for the most decorated actors of all time, ranking them by wins, with ties broken by nominations.

Here, check out Stacker’s list of actors who have won the most Golden Globes.

You may also like: Best miniseries available to stream 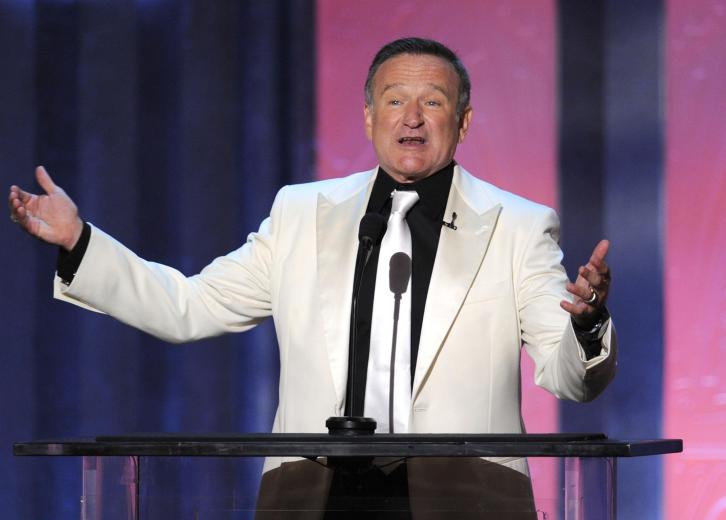 Beloved funnyman Robin Williams, who was nominated for 10 Golden Globes and won four, got his start on the television series “Mork and Mindy.” Williams’ portrayal of a quirky alien from another galaxy netted him his first win. He went on to enjoy a long career in film, with multiple nominations and awards for his performances in movies such as 1987’s “Good Morning, Vietnam” and the 1993 comedy “Mrs. Doubtfire.” 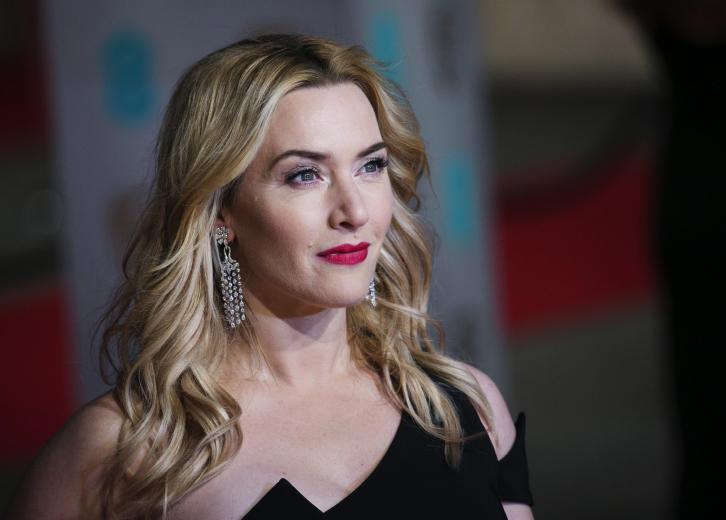 Most of us remember Kate Winslet as the lovelorn character Rose in the hit movie “Titanic,” which earned her a Best Actress nomination at The Golden Globes. But before “Titanic” put her on the map as an actor, she was nominated for her role in the 1995 film “Sense and Sensibility.” Winslet took home her first two Golden Globes in 2009, for her roles in the movies, “The Reader” and “Revolutionary Road,” and has since been nominated for, and won awards for multiple roles in both film and television. 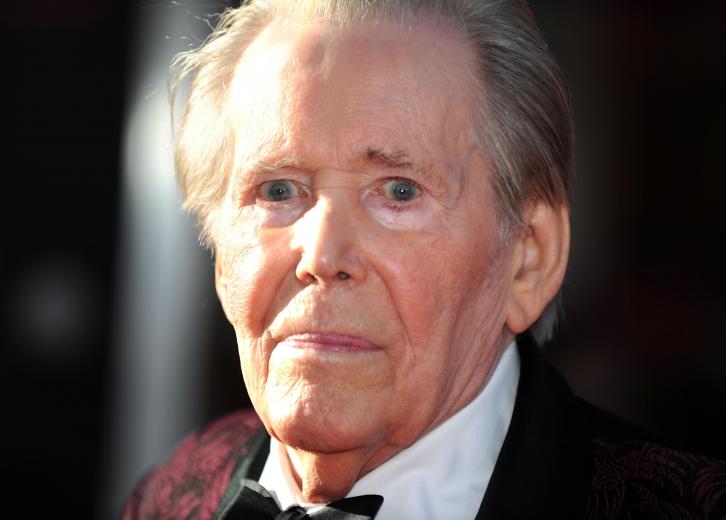 British-born actor Peter O’Toole was dashing in the classic 1962 film “Lawrence of Arabia,” for which he won his first Golden Globe as New Star of the Year. O’Toole received awards for his roles in other iconic films, such as 1965’s “Beckett” and 1968’s “The Lion in Winter.” He passed away in 2013, at age 81. 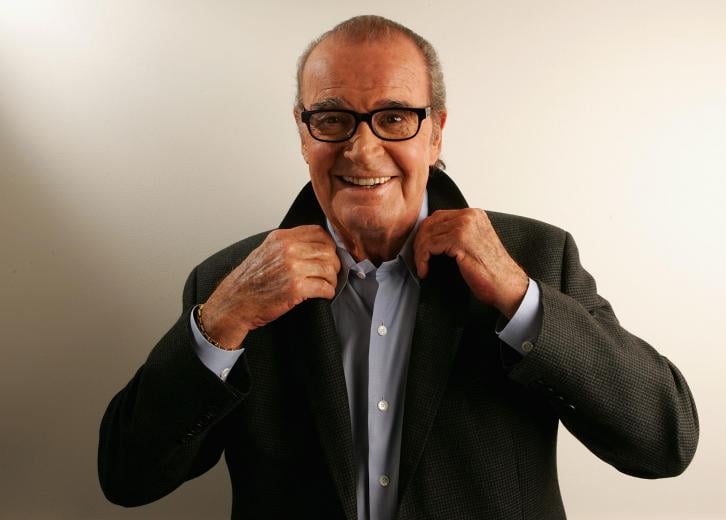 James Garner’s long history of Golden Globe wins and nominations started in 1958 when he won New Star of the Year for his role in the movie “Sayonara,” in which he starred with Marlon Brando and Red Buttons. Garner eventually moved to the small screen, where he became well known for his roles in the series “The Rockford Files” and “Maverick.” He was nominated multiple times for Best Actor awards for both series, but didn’t win another Golden Globe until his 1986 performance in the limited series “Promise.” 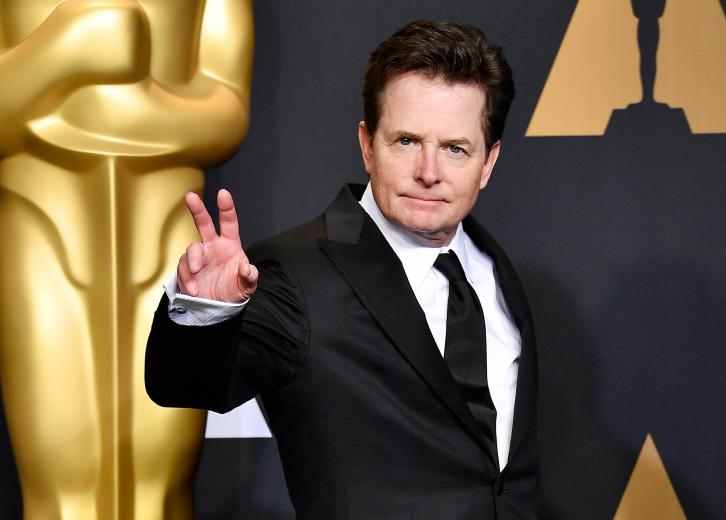 Michael J. Fox became a household name during his tenure on the hit television series “Family Ties,” which garnered him several Golden Globe nominations and one win. But it was his work on the TV series “Spin City,” where he portrayed Mike Flaherty, the deputy mayor of New York City, that gave him the most wins. Fox won three Golden Globes for the role and was nominated four more times.

You may also like: Pride Month: 50 of the best albums by LGBTQ musicians 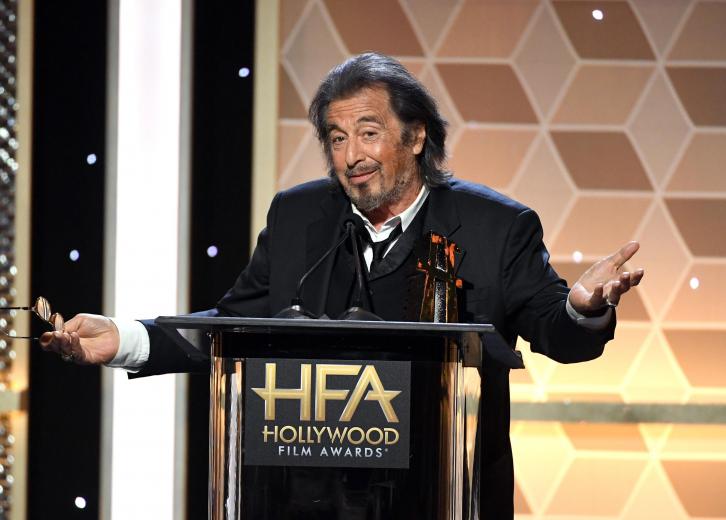 Nominated 18 times, with four wins and a coveted Cecil B. DeMille Award, Al Pacino won his first Golden Globe in 1973 for his role of mobster Michael Corleone in the 1972 film “The Godfather.” The movie practically swept the Golden Globes, as well as the Oscars, putting Pacino in the spotlight and cementing what has become a memorable career. Pacino has since been nominated for, and won multiple Golden Globes for his various roles, and is currently up for the Globes’ 2020 Best Supporting Actor Award for the Netflix movie, “The Irishman.” 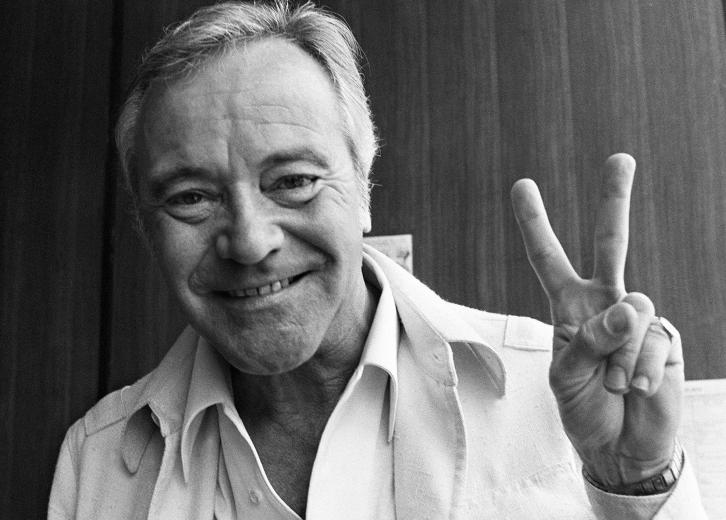 Jack Lemmon spent the bulk of his adult life in the spotlight, with more than 60 films to his credit, as well as multiple television productions. Lemmon won a total of four Golden Globes and had 22 nominations, and was honored with a Cecil B. DeMille Award. He passed away in 2001 at age 76, after a struggle with cancer. 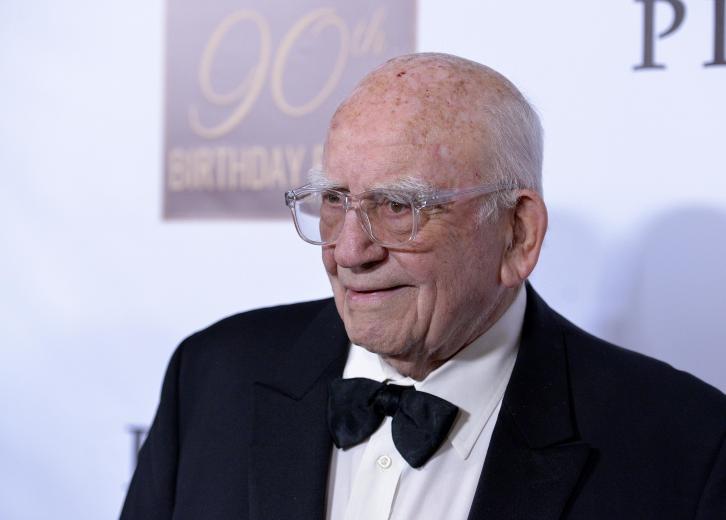 Playing the gruff but lovable character of Lou Grant, first on the television series “The Mary Tyler Moore Show” and then its spin-off, “Lou Grant,” Ed Asner has been a familiar face on American television for decades. He won a total of four Golden Globes for his roles on both shows, as well as a Best Supporting Actor Award for the 1976 limited TV series, “Rich Man, Poor Man.” Asner continues to work in the industry, doing voiceover work on TV and movies, including Pixar’s hit film, “Up.” 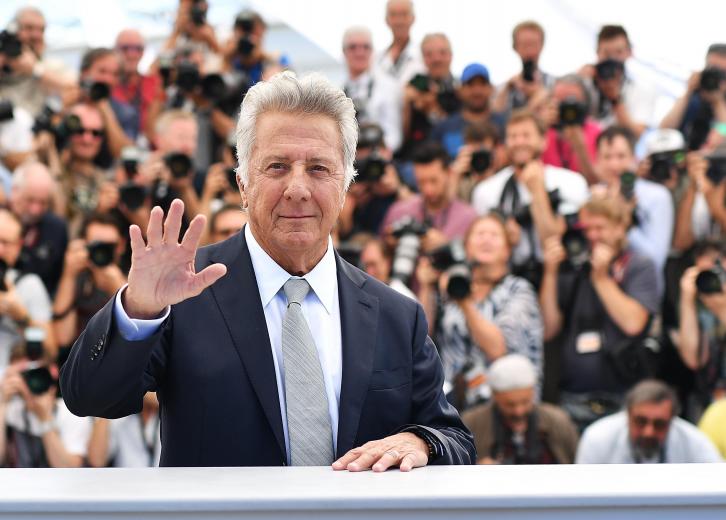 No one who’s seen the movie “The Graduate” could forget Dustin Hoffman’s poignant and riveting performance, and it’s no surprise that his role in the movie gave him his first two Golden Globe wins, netting him both the New Star of the Year Award and Best Actor Award. Throughout his career, Hoffman has been nominated for a total of 13 Golden Globes, with five wins and a Cecil B. DeMille Award. 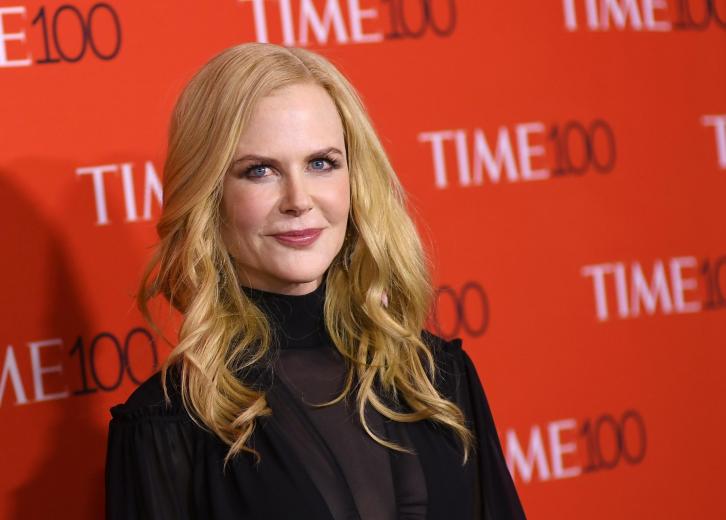 Aussie Actress Nicole Kidman has won five Golden Globes and received a total of 15 nominations. Her first win was for Best Actress in the 1995 movie, “To Die For,” and she is currently a 2020 nominee for Best Actress for her performance in the HBO series, “Big Little Lies.” The show won for Best Limited Series in 2018, and Kidman was awarded a Golden Globe for Best Actress, as well.

You may also like: Controversial figures who still found success 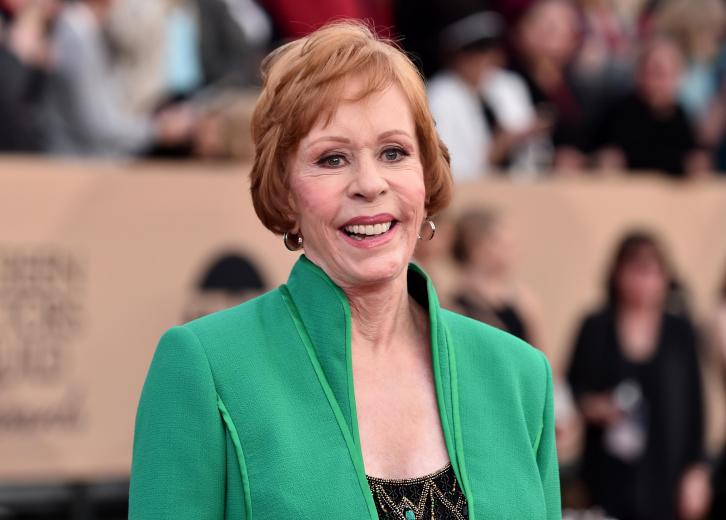 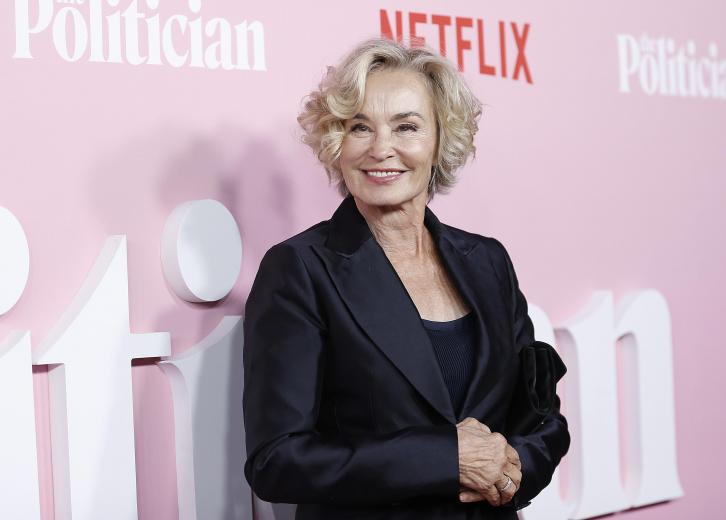 Jessica Lange got her start working alongside none other than the legendary King Kong, starring in the 1976 remake of the movie and winning her first Golden Globe for New Star of the Year. Lange has since been nominated for her performances in a wide range of feature films and has won a total of five Golden Globes. Her latest roles include parts on the “American Horror Story” television series, as well as playing Joan Crawford in the 2017 TV series, “Feud.” 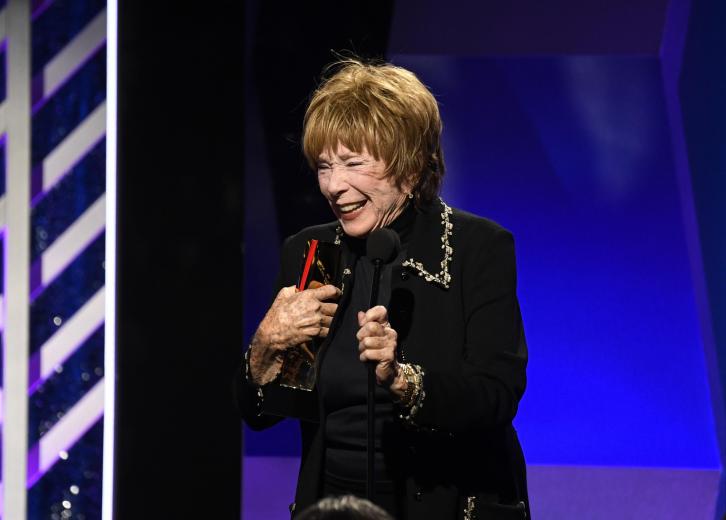 Originally trained as a dancer, Shirley MacLaine made her first foray into acting in the 1955 movie, “The Trouble with Harry,” an Alfred Hitchcock film. Her performance earned her a win for New Star of the Year, and MacLaine has since won four more Golden Globes and has been nominated a total of 19 times. 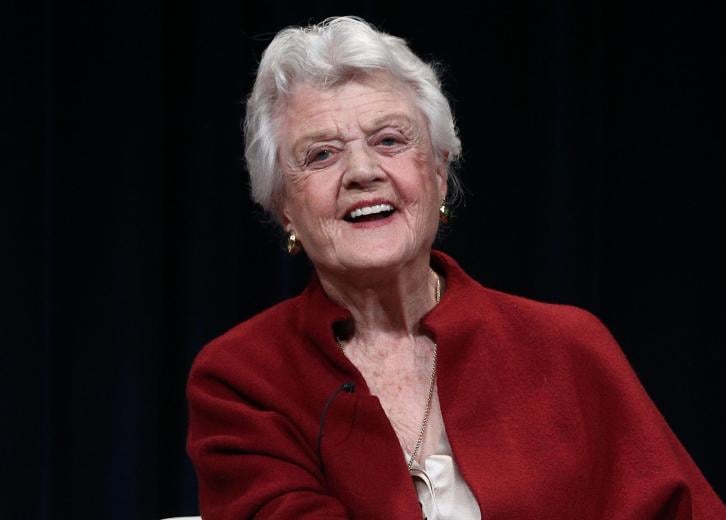 London native Angela Lansbury has successfully moved among film, stage, and television throughout her career, with multiple awards in all mediums. Her performance in the 1945 movie “The Picture of Dorian Gray” won her a Golden Globe for Best Supporting Actress, as did her role in the movie “The Manchurian Candidate.” But it was her starring role in the hit television series “Murder She Wrote” that gave her the most wins, with four Golden Globes and 10 nominations. 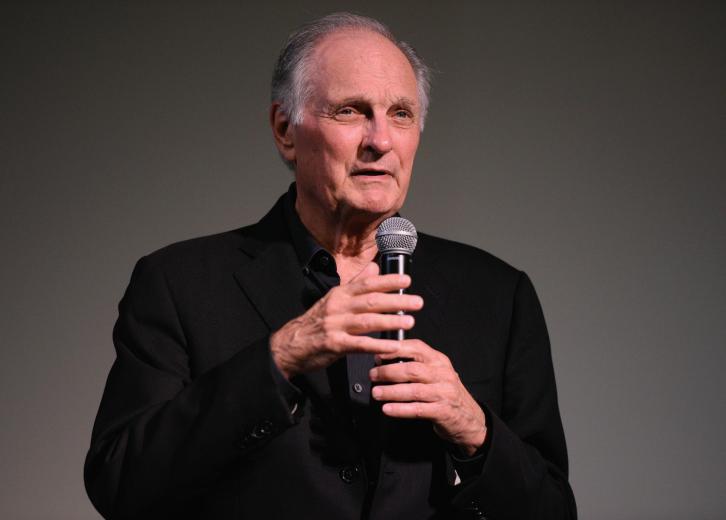 Alan Alda has been nominated for a total of 16 Golden Globes and won six. His role as Capt. Hawkeye Pierce in the hit television series, “M*A*S*H” earned him the bulk of his nominations and wins, but his skills as a writer also snagged him a nomination for Best Screenplay for the 1981 movie “The Four Seasons,” which he not only wrote but also starred in and directed.

You may also like: Can you answer these real Jeopardy questions about TV shows? 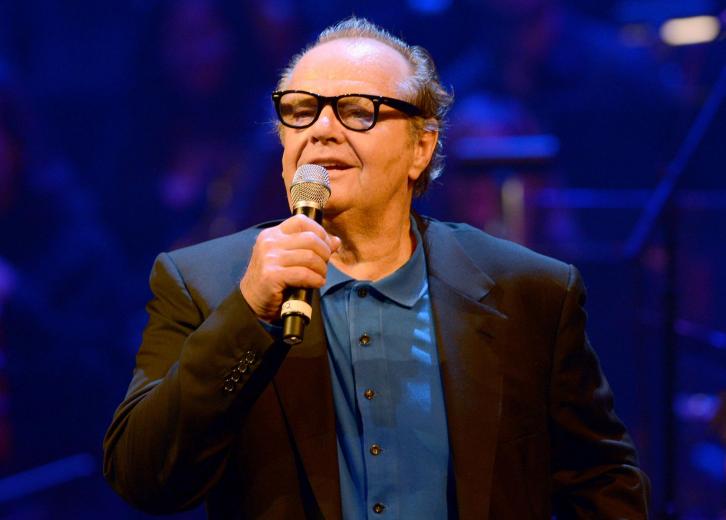 Hollywood mainstay Jack Nicholson got his first Golden Globe nomination for his role in the 1969 cult classic “Easy Rider,” in which he starred with Dennis Hopper and Peter Fonda. He won his first Golden Globe in 1975 for his performance in the movie “Chinatown” and has gone on to net a total of 17 nominations, six wins, and a Cecil B. DeMille Award. 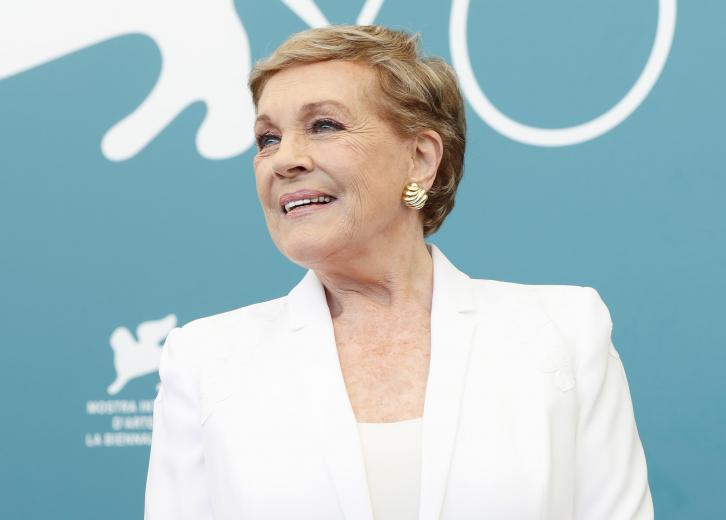 Dame Julie Andrews was a Broadway star long before she hit the big screen, with starring roles in shows such as “The Boyfriend” and “My Fair Lady.” An accomplished singer and dancer, she quickly rose to the top when she started working in film, winning Golden Globes for Best Actress in the much-loved family movies “Mary Poppins” and “The Sound of Music.” Andrews also was honored with a Henrietta Award in 1968 as a world film favorite. 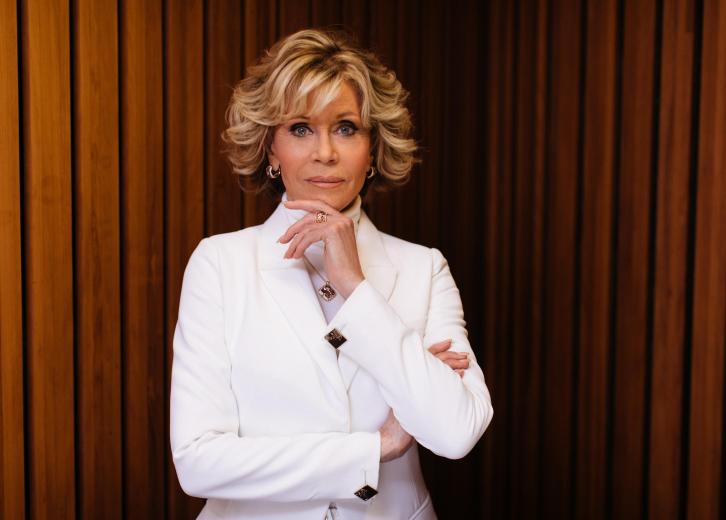 Jane Fonda showed off her acting chops with her performance in the 1960 movie, “Tall Story,” for which she won her first Golden Globe for New Star of the Year. She has since been nominated a total of 15 times with seven wins, two of which were Henrietta Awards. 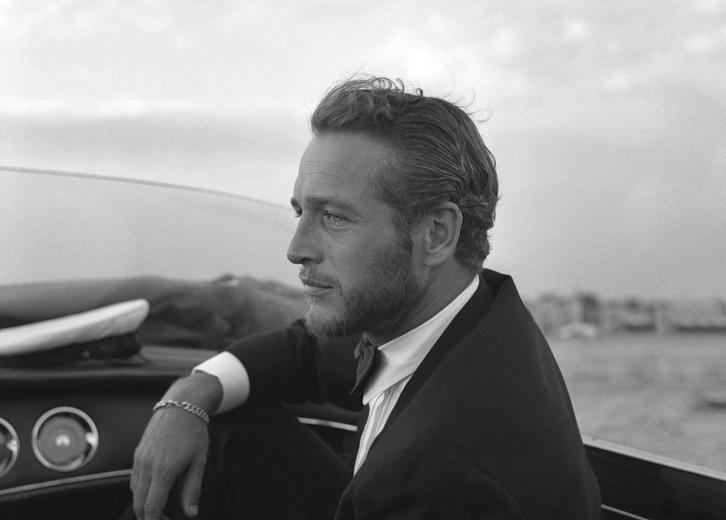 Hollywood legend Paul Newman had a career that spanned decades and included 16 Golden Globe nominations and seven wins. His first win was in 1957, where he came on the scene to snag Best New Actor for his role in the movie “The Silver Chalice.” Newman went on to win multiple Golden Globe Henrietta Awards, and won Best Director for the 1969 movie, “Rachel, Rachel.” Newman passed away in 2008 after a battle with cancer. 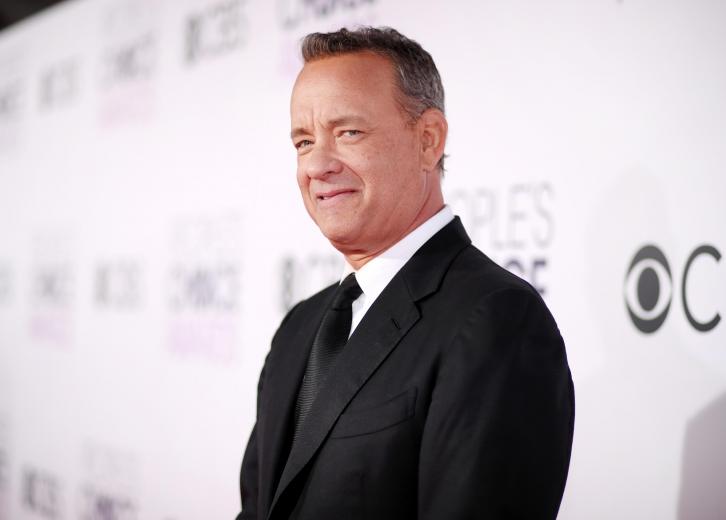 Tom Hanks won his first Golden Globe for his portrayal of a young boy magically transformed into a grown man in the 1989 movie “Big.” The film was a huge commercial success and while it wasn’t Hanks’ first movie, it helped launch his fast-growing career. Hanks is currently a nominee for Best Supporting Actor for his role as Mr. Rogers in the film “A Beautiful Day in the Neighborhood.”

You may also like: Best and worst Al Pacino movies 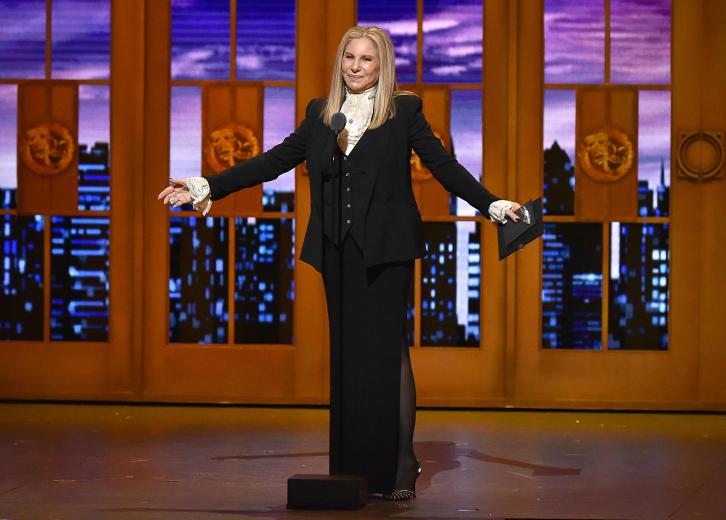 While she might be best known for her singing skills, Barbra Streisand is also an accomplished actor, director, and producer. She’s won a total of eight Golden Globes, with a Best Director win for the movie “Yentl,” which she also produced and starred in, as well as winning for Best Actress in the films “Funny Girl” in 1969 and the 1976 version of “A Star is Born.” 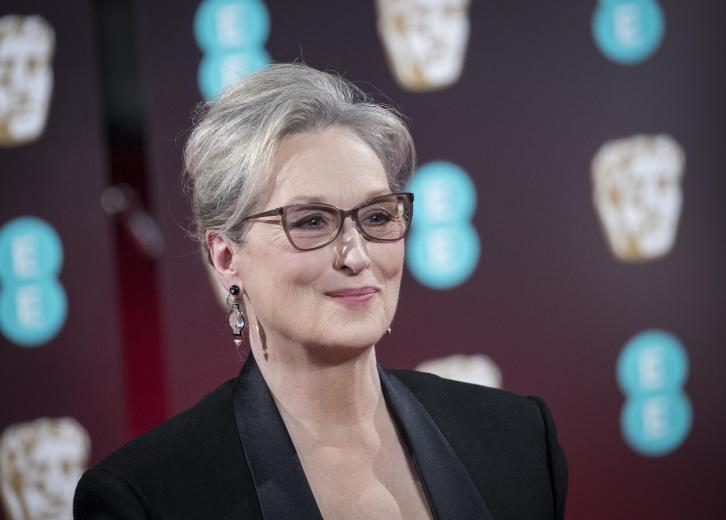 Meryl Streep has had a long and illustrious career in Hollywood, and she has the Golden Globes to prove it. Her first win came in 1980, with the award for Best Supporting Actress in the movie “Kramer vs. Kramer,” in which she starred with Dustin Hoffman. Streep went on to win seven more Golden Globes and has been nominated a whopping 32 times.

You may also like: 50 ways music has changed in the last 50 years